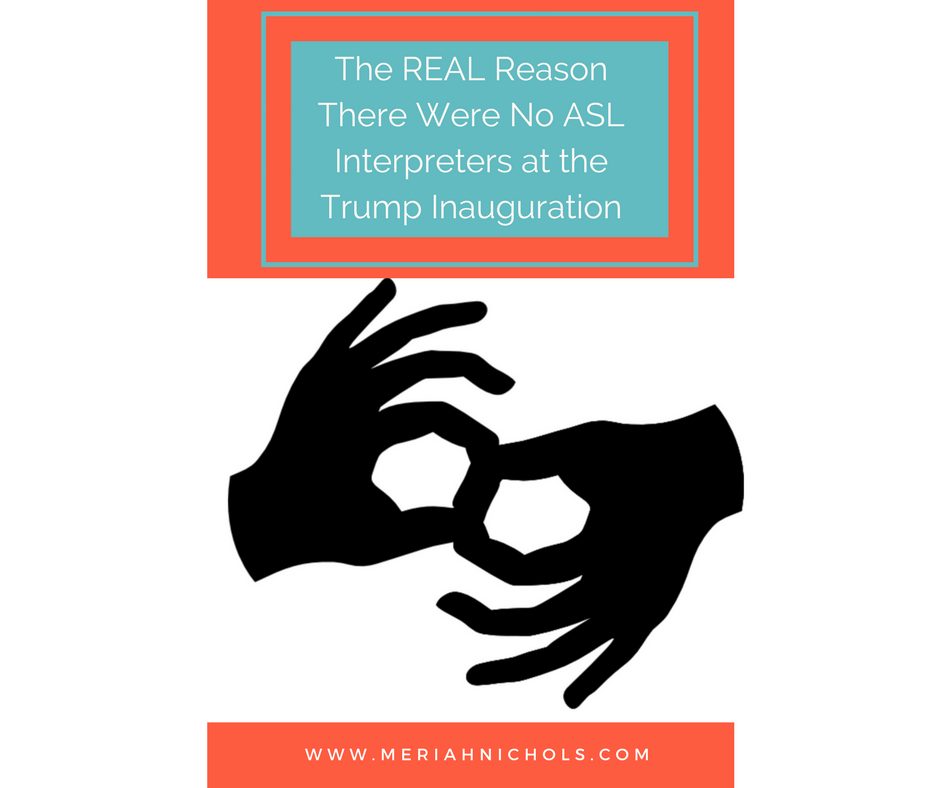 This post is supposed to be funny, as in tongue-in-cheek! It’s NOT  a missive of serious information!

The Trump Inauguration was missing a lot of things –

(Photo on left is the Obama Inauguration in 2009; photo on the right is the Trump Inauguration)

Cool People Who Wanted to Sing

He had a long list of B-Listers (or no-listers).

Never before has this country witnessed a less popular president-elect, more national depression on the day of his swearing-in. I think California as a state was in mourning.

But one more, much-less talked about thing was missing:

Trump Inauguration Had No ASL Interpreters

Now, I wasn’t there, but I was told that they may have had interpreters – no one has confirmed this yet though – but if they did, the interpreters were not on the stage, nor were on the TV screen.

Nina G. said that they might not have hired ASL interpreters just because they didn’t want anyone to see the ASL sign for “Trump”

There are two signs in ASL for "Trump" You know, she has a point.