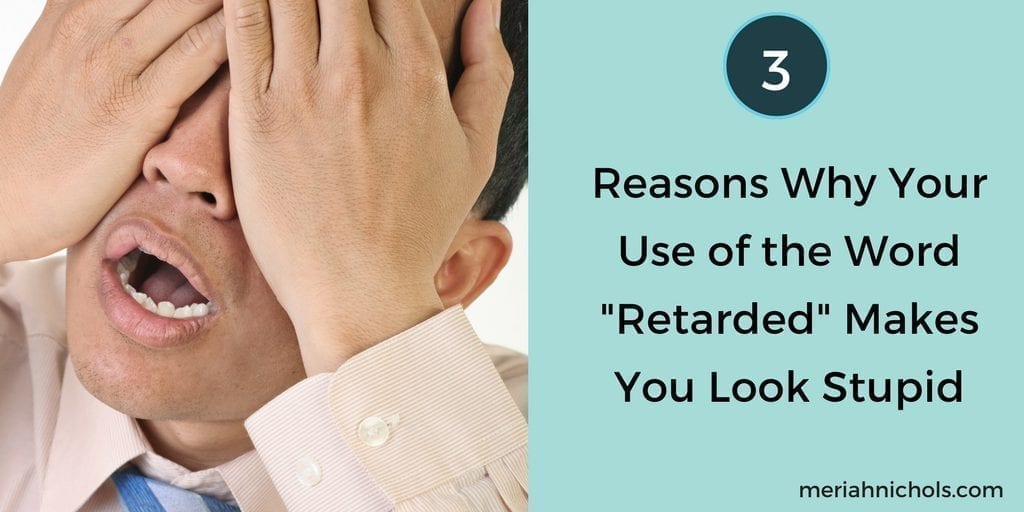 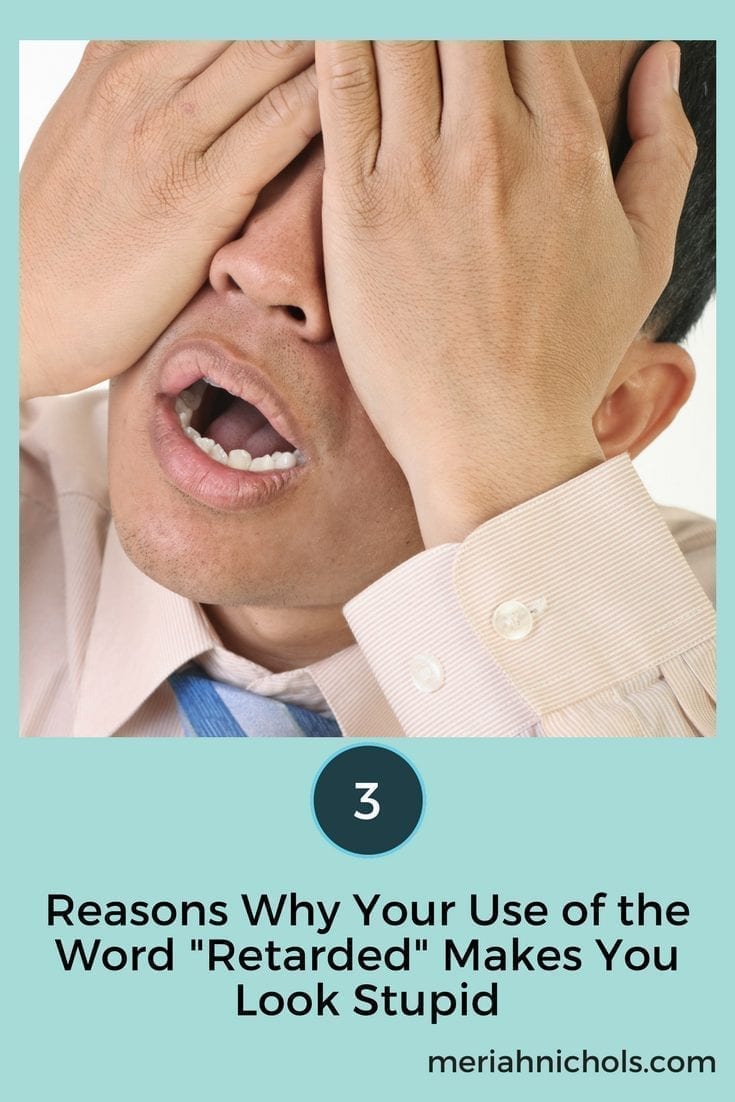 This post is about why your use of the word “retarded” actually makes you look stupid. his is not a post about being politically correct and if you say anything about “being pc” I will reach through the computer and sprinkle legos all over your floor in the middle of the night, so don’t say I didn’t warn you.

I was humming along my Facebook feed when I came upon what started off as a really funny post about texting messages with a tattoo artist. It started off as funny, but then got old real fast when they slid down the slope of saying “are you retarded?” when the person was being completely dense and stupid, and I was left shaking my head with my face in my palm. I wasn’t angry or anything, just blown away that someone is still equating “retarded” with “stupid”.

So I’m writing a short post about why you should quit saying it, and I’m going to list them because not only do I love lists, but it’s proven that listicles do better as blog posts, and as a blogger, I’d like to see this actually read.

First of all, if you are saying the word “retarded” the way you think you want to be using it – as a pejorative to someone’s intelligence, you are wrong. “Retarded” as it used to relate to someone intelligence means “delayed.” It never meant stupid. It only meant delayed.

But that’s not even used any more.

I can’t believe we are having this conversation, or that anyone still says or thinks that a correlation between learning disabilities, developmental disabilities and stupidity exist.

I mean, we’ve watched all the movies. Forrest Gump comes immediately to mind, but there are a ton of movies (linked here) about disability. The common theme in them all is that of someone being misunderstood (and usually thought of as stupid) by dint of their disability, then the world is proven dead-wrong by the person with the disability. Amiright?  I mean, this is a THING; this is a trope, a norm – it’s all over the place with eye-rolling amounts of regularity.

And I say “eye rolling” because:

a) it’s annoying to me when we with disabilities are just not allowed to fail in movies, or we are not allowed to just be people, flaws and all. We have to be the supercrips (or super-whatever) and inspire the non-disabled.

b) it’s obvious that the trope – even used as often as it is, for whatever reason it is – is a fail for disability acceptance because people are still equating learning disabilities and developmental disabilities with stupidity!!

Like I said already, most of us have moved on from saying “retarded” for any reason at all anymore. Have you heard of “Spread the Word to End the Word“? There is a whole organization dedicated to getting the “r-word” off the radar once and for all. This is directly because people with developmental disabilities – who have historically been called “retarded” have asked everyone else to.

They’ve asked. We need to respond and hold up our end and find better words to use, words that actually mean what they say and say what they mean.

And if we don’t, we’re just being… stupid. 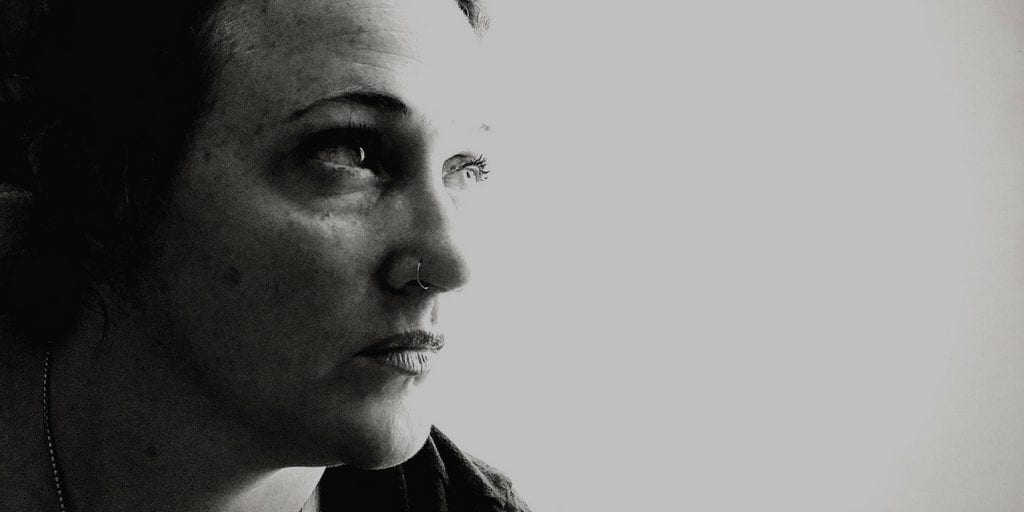 [vc_row][vc_column][vc_column_text] Things Our Culture Doesn’t Tell Us About Disability Growing up, our culture tells us a whole lot about the world in which we live. The message of our culture is that disability is a burden, it’s a weakness, it’s something we need to overcome and fix. If we have a disability, the message that…

Today is the day in which I’m going to finally do something that I’ve wanted to do for a long time here on this blog: profile an interesting person with a disability each week. Without further ado, please meet my first guest, Rich Donovan. ________________________ In This Post You Will Find:Getting to Know YouNow That… 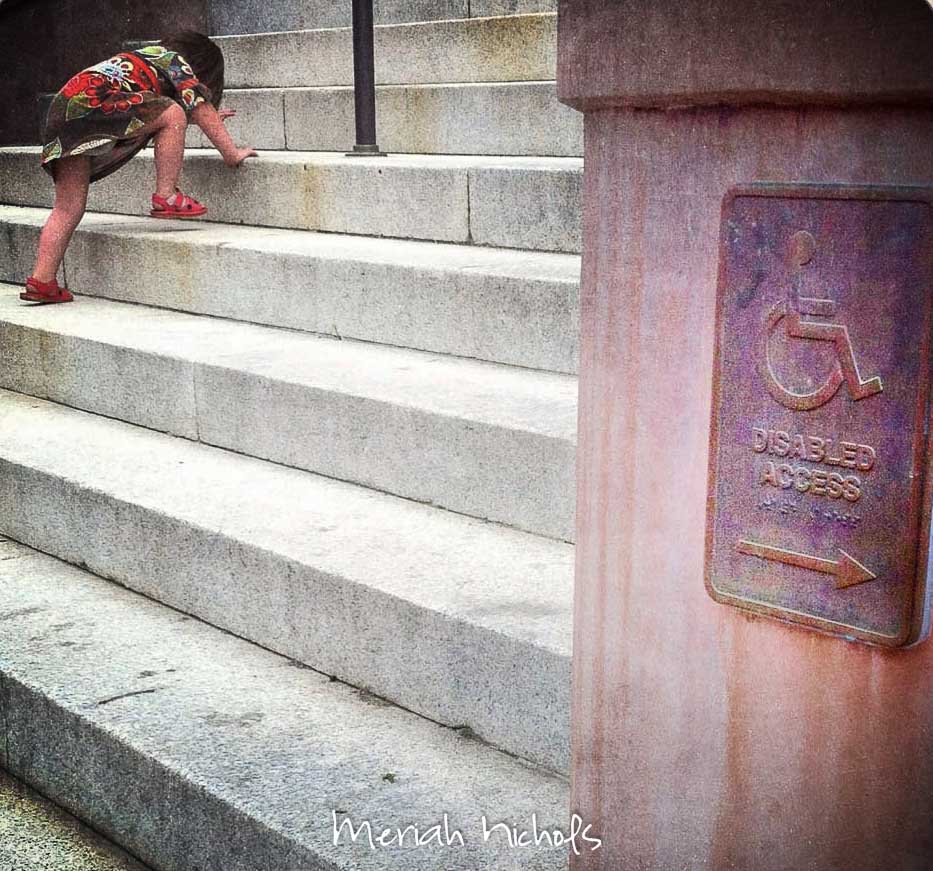 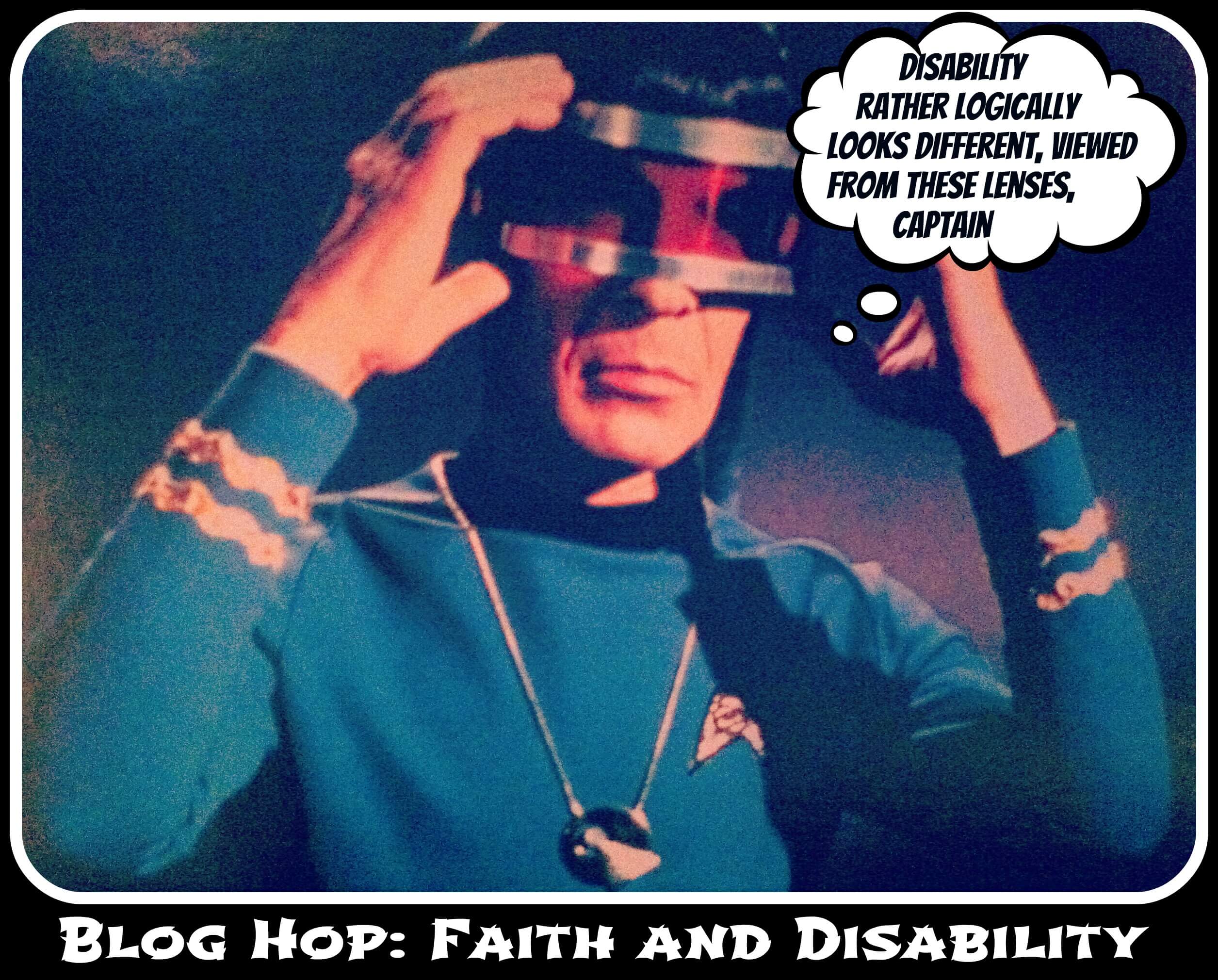 Welcome to the Summer Disability Blog Hop on With a Little Moxie – this is a hop for bloggers who are advocates, people with disabilities and/or have a connection with disability through blogging.   The point of the hop is to connect and share. Meet new people. Create community. The Summer Series will go until… 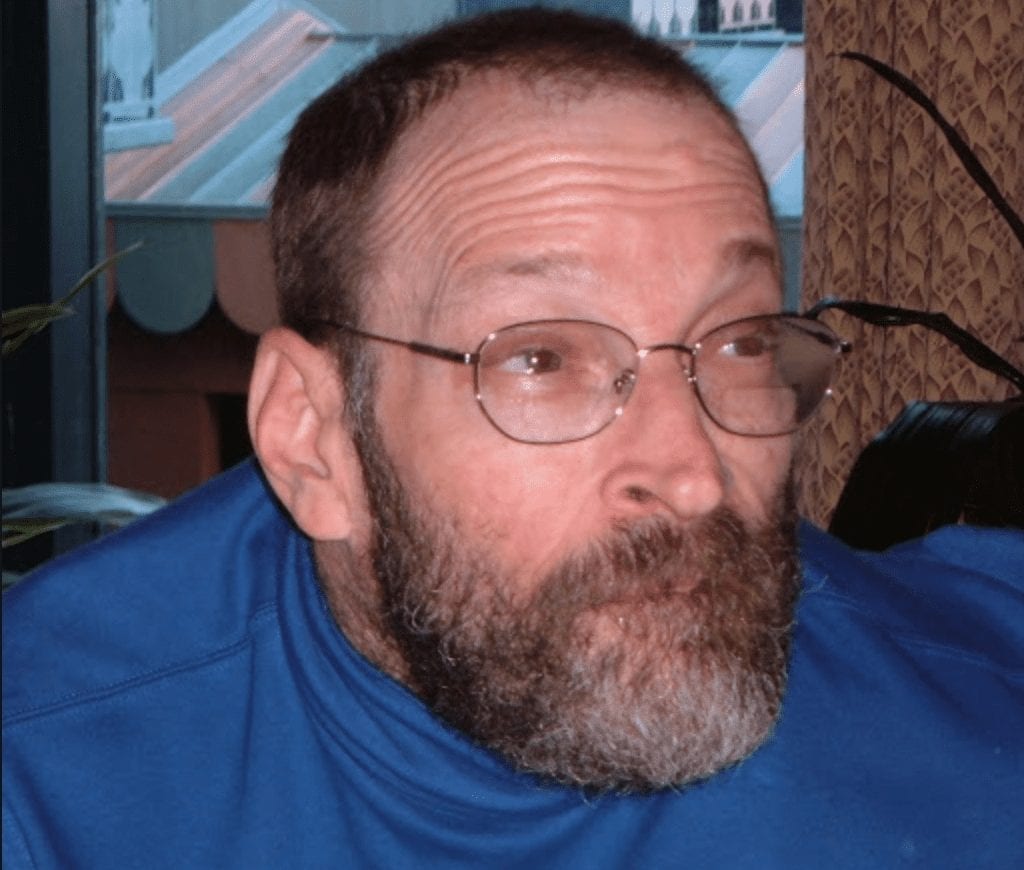 Profile of Neil Jacobson, a professional with a disability. He retired from a Senior Executive position with Wells Fargo to start AbiliCorps. Get to know him. 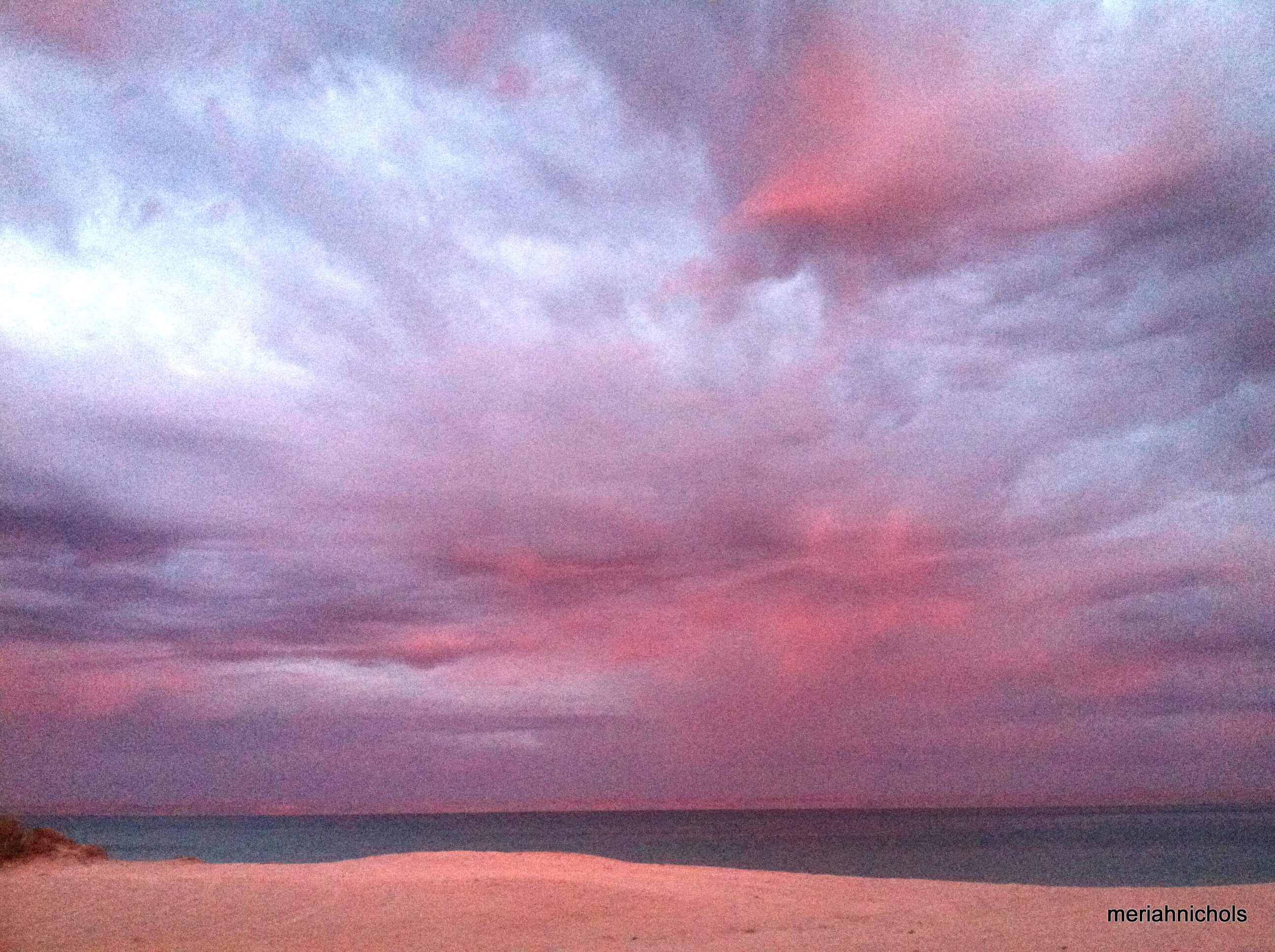 I’m still trying to find the right words to say what I mean. Here’s Take 2. **** Visualize: “Janey”. Her hair is dark, she’s got a Master’s degree in biochemistry, which is her field of passion. A rockin’ job, supportive boss, 6 figure salary. A husband that loves her, one young son. Parents who adore…