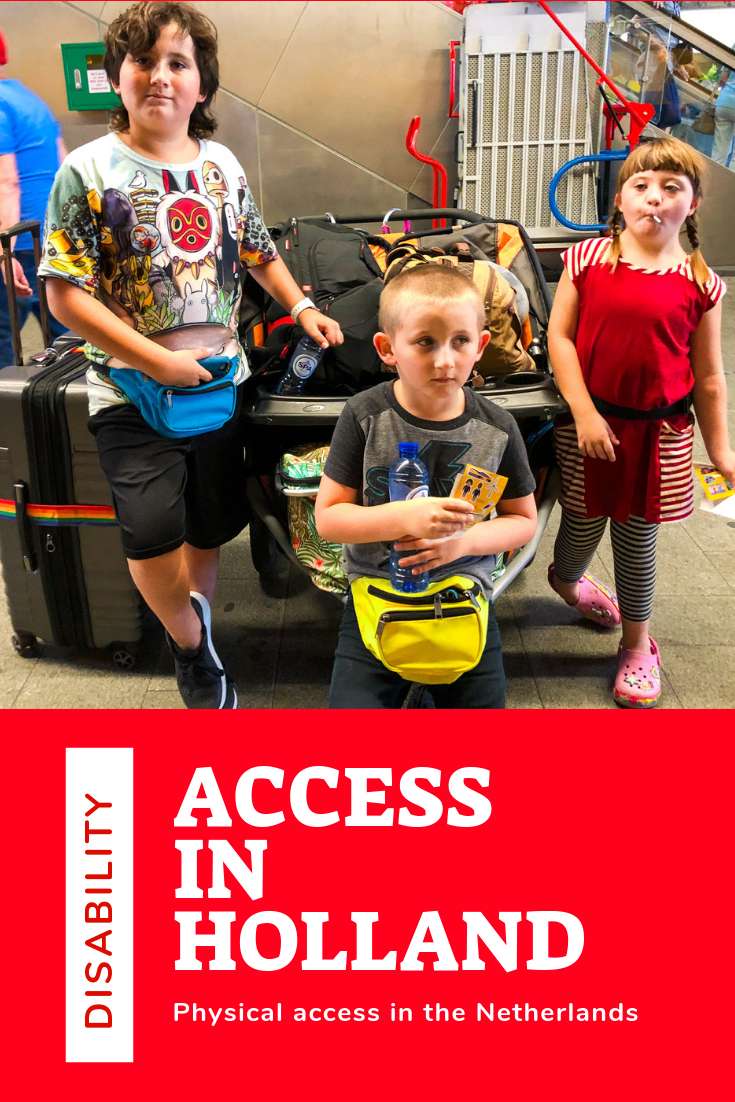 This is a travel post about physical access in Holland (the Netherlands). It includes opinion about Dutch euthanasia, eugenics and the differences between the Netherlands and the United States with regard to disability rights and access.

You know how you don’t really miss something you’ve never had?

Like, you kind of bumble around life, stumble over some stuff and think, “man, that sucks, but it’s the way it is, right?” and continue forth.

I was like that with captions in the movie theatres for most of my life. I couldn’t hear a lot of what was going on, but I thought that was all I could do, and tried to make the best of it. But then once I experienced having captions on my movies, there was no looking back: I wanted captions on ALL of my movies, and I wanted them NOW!

Coming to Holland and seeing how access can be has that same feeling for me. 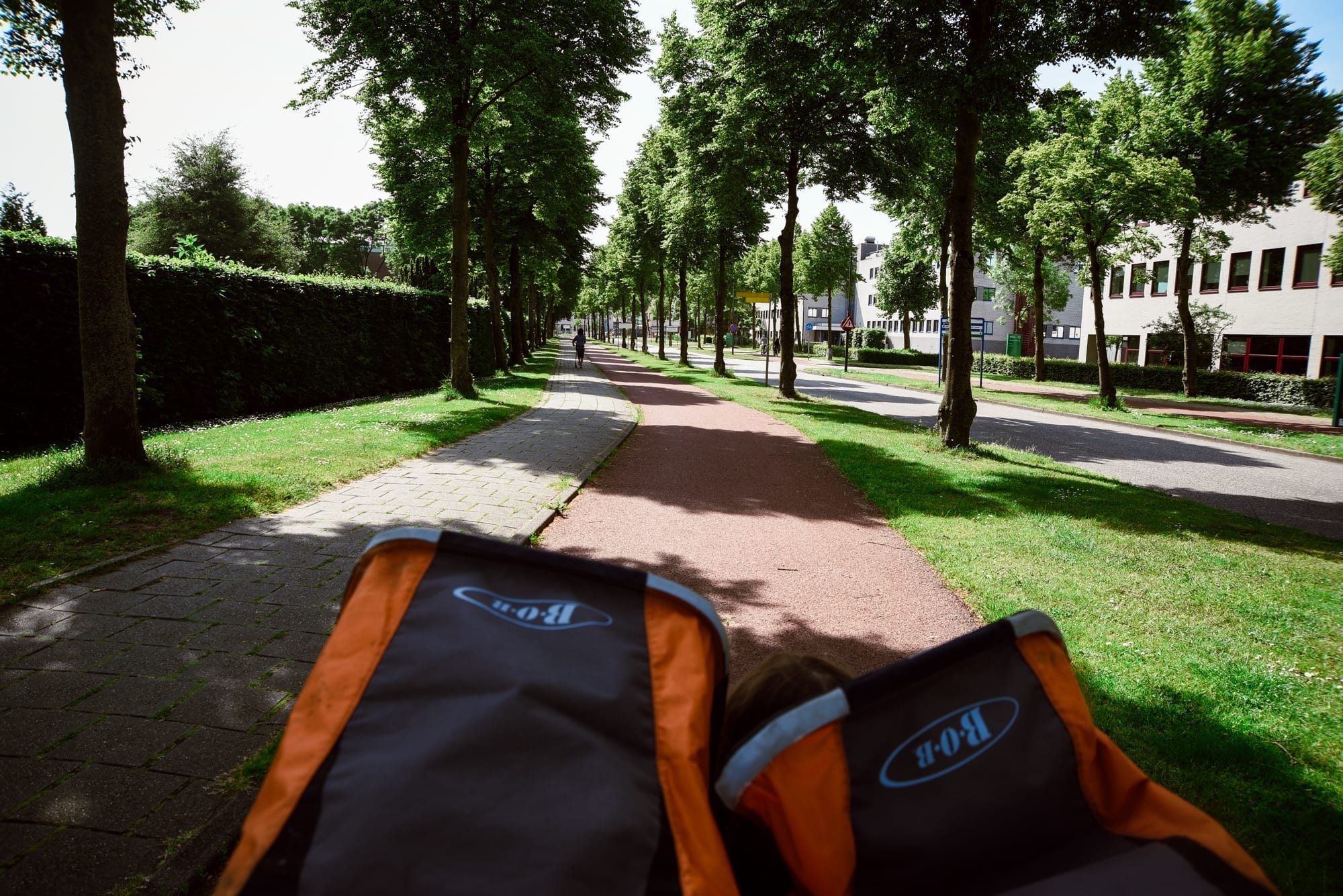 A path on the left for pedestrians, a path next to it for bikes and strollers. A swathe of grass, then a road for cars.

THIS IS HOW IT SHOULD BE!! Oh my God! This is so much better than the bike lanes they have in the San Francisco Bay Area because these have the grass that separate the (tiny!) car lane from the people who use wheels.

This makes so much sense, doesn’t it? 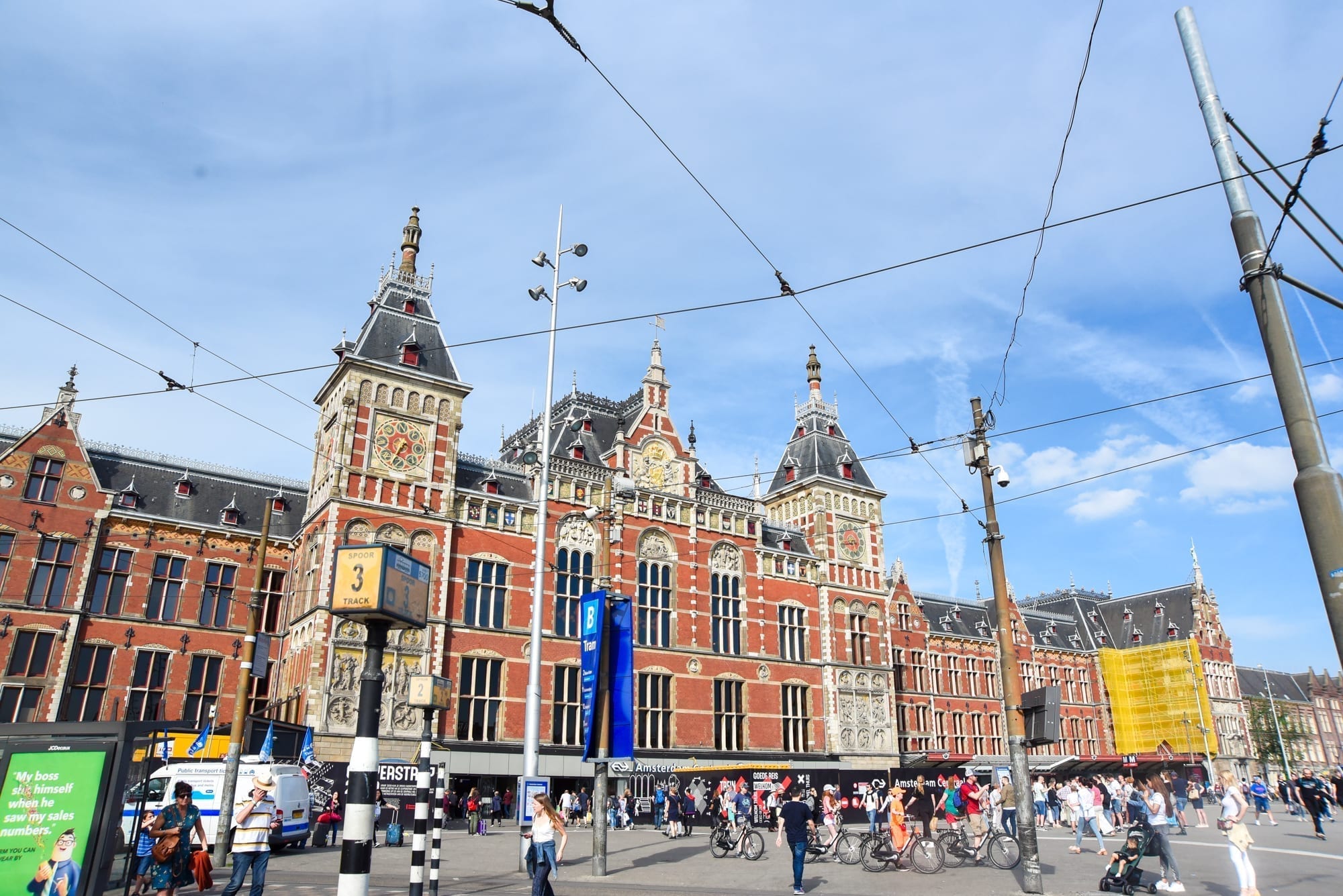 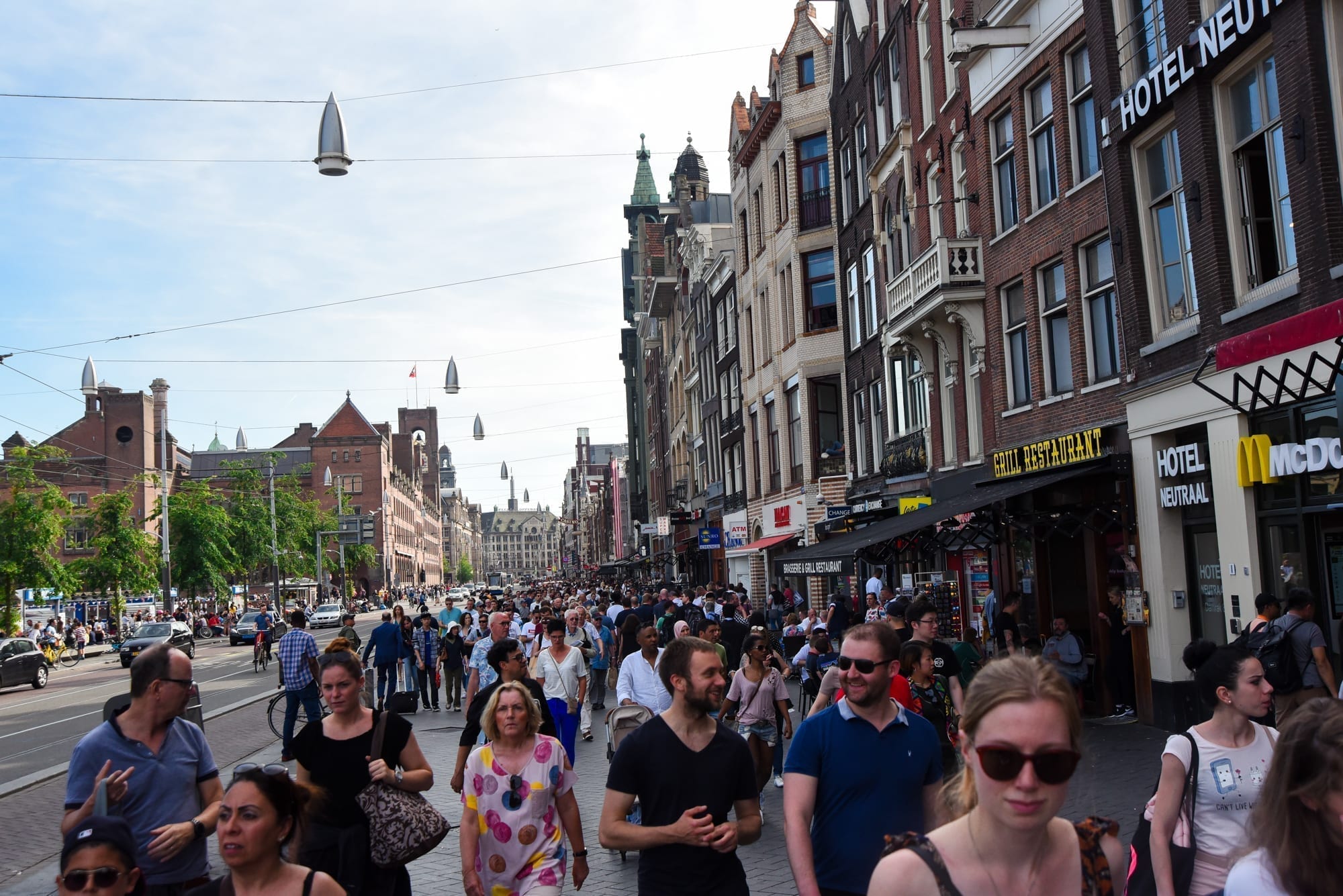 But the difficulty in Amsterdam wasn’t physical access so much as it was just getting through the hordes of tourists. That place is packed and that made it no fun for me, so we left. 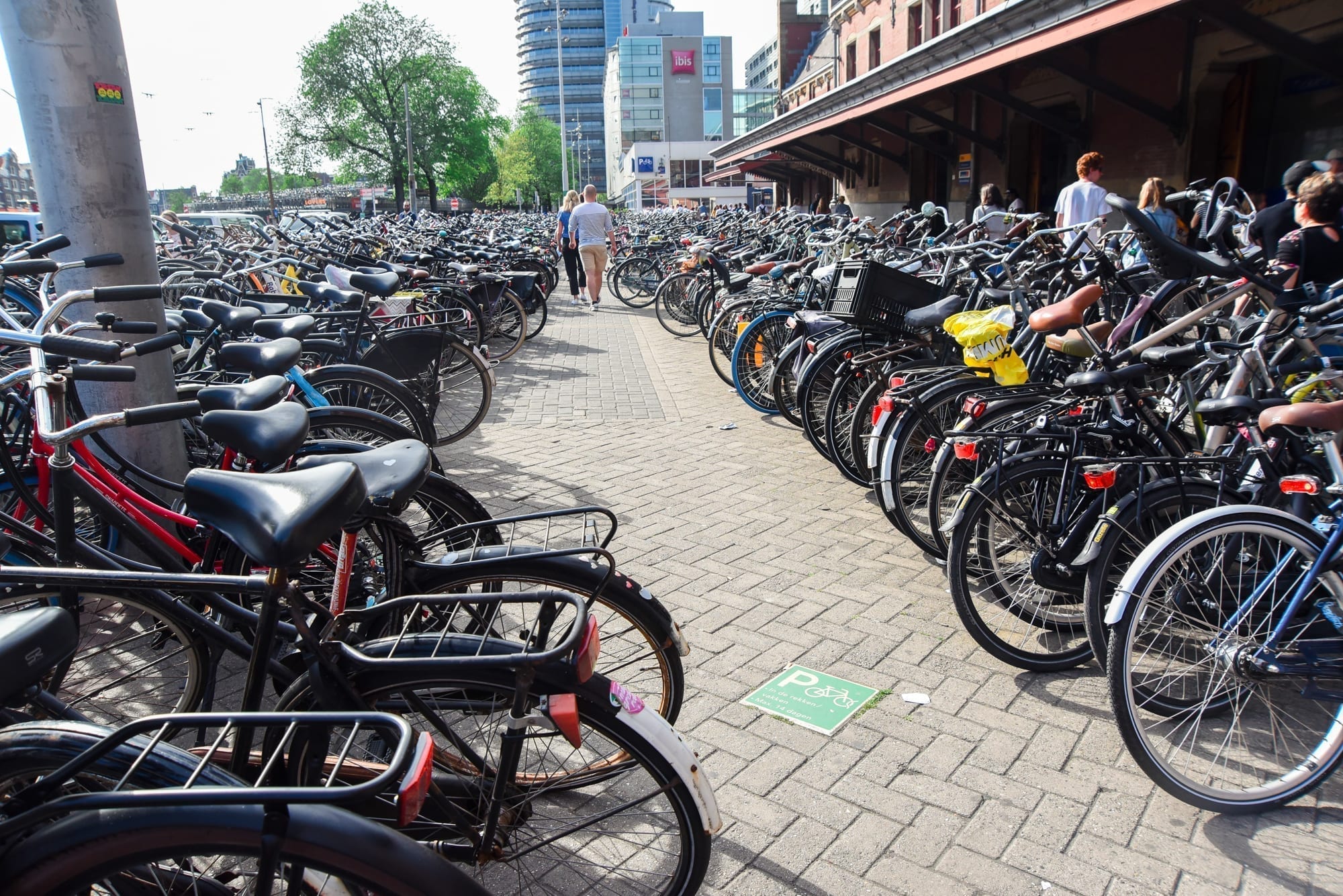 This is where in particular it was amazing to me.

You see, when I lived in the San Francisco Bay Area, I used the trains a lot, and I also had a lot of friends who use wheelchairs. Later, I used strollers myself, and access really mattered.

I can’t tell you how many times an elevator was broken by the train, and I had to just skip the trip or walk to the next station or something. Other times, the elevators worked, but I couldn’t ever wrap my head around how awful it all was. The elevators usually reeked of urine and were just gross. We would have to go all the way down, all the around to punch a ticket, all the way down again, and overall, it would take easily twice or three times as long as it would the inaccessible route.

So these Dutch train elevators made me want to cry a little: 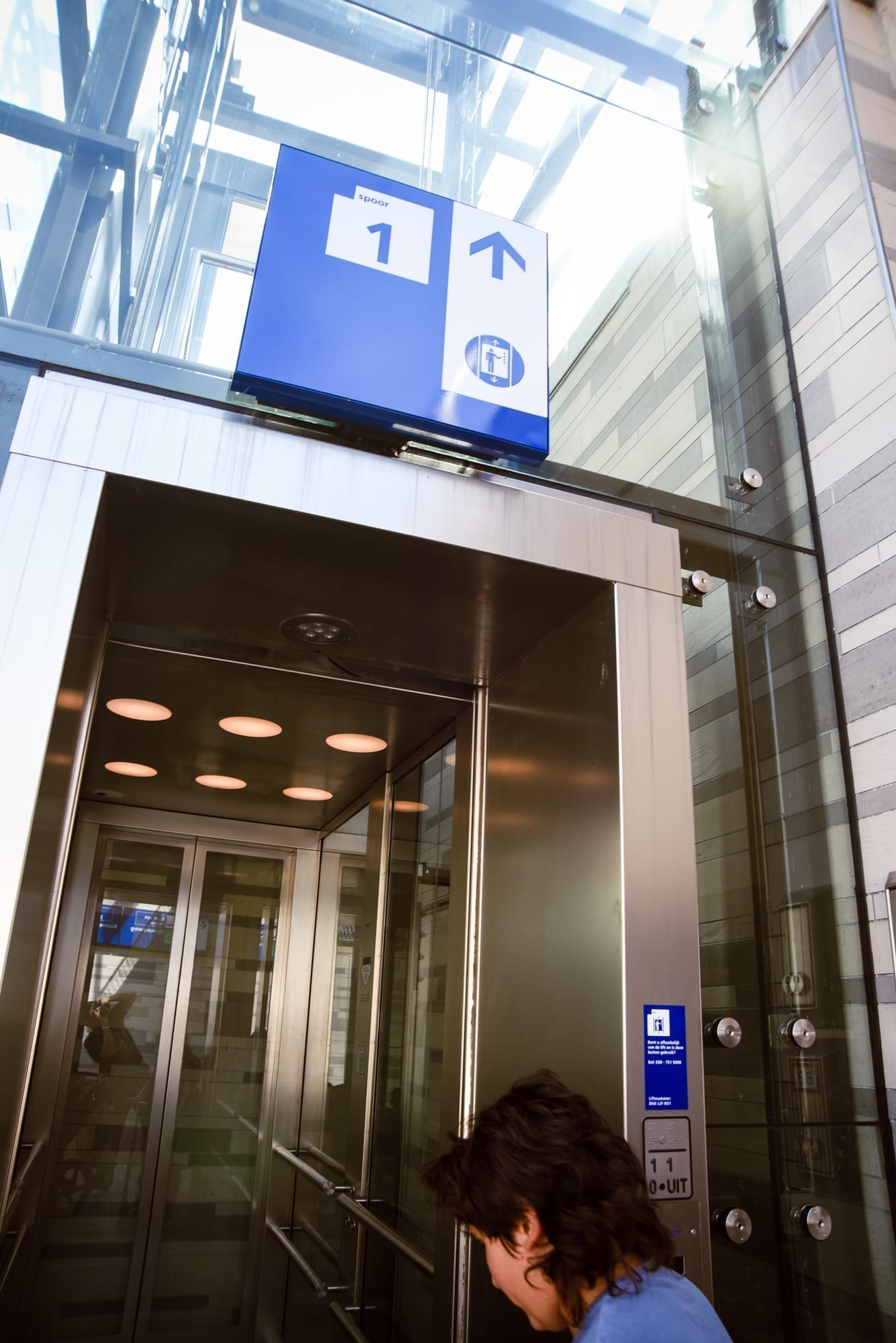 Check that baby out.

In every station I went, I had to take the elevator because I am traveling with a double BOB stroller (which is the same exact size as a wheelchair). It’s a pretty fantastic measuring stick for how it would be for someone who uses a wheelchair.

It was awesome. Super easy to find the elevators – they are all as centrally located as is humanely possible. They are directly in the line of the trains and the ticket counters. I mean, this is how it should be! THIS IS HOW IT SHOULD BE EVERYWHERE.

Why is this so hard? I mean, people who use wheels are not second class citizens – we shouldn’t have to go through stupid hoops to get on a train, nor should we have to ride gross elevators that stink of piss to catch a train when no one else has to. I’m kind of wondering what good is the ADA when you get such a separate experience? Why are we even paying the same prices? 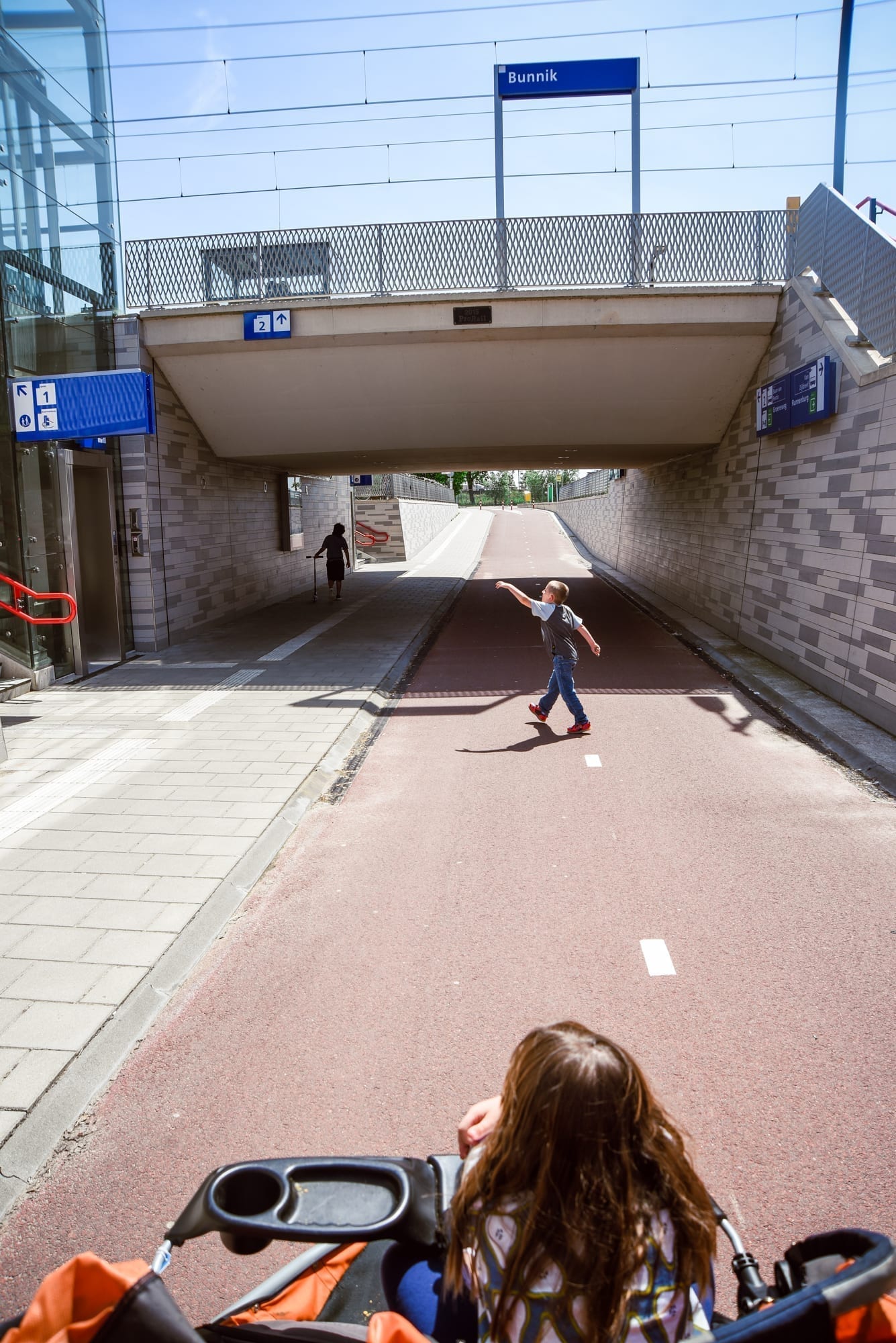 You know what? They didn’t even have curb cuts because they didn’t have raised sidewalks! They had spaces between the sidewalks and the paths for people who use wheels.

On the Train Itself

Some of the trains came flush up to the platform. That is, there was no space or steps and you could just wheel right in. 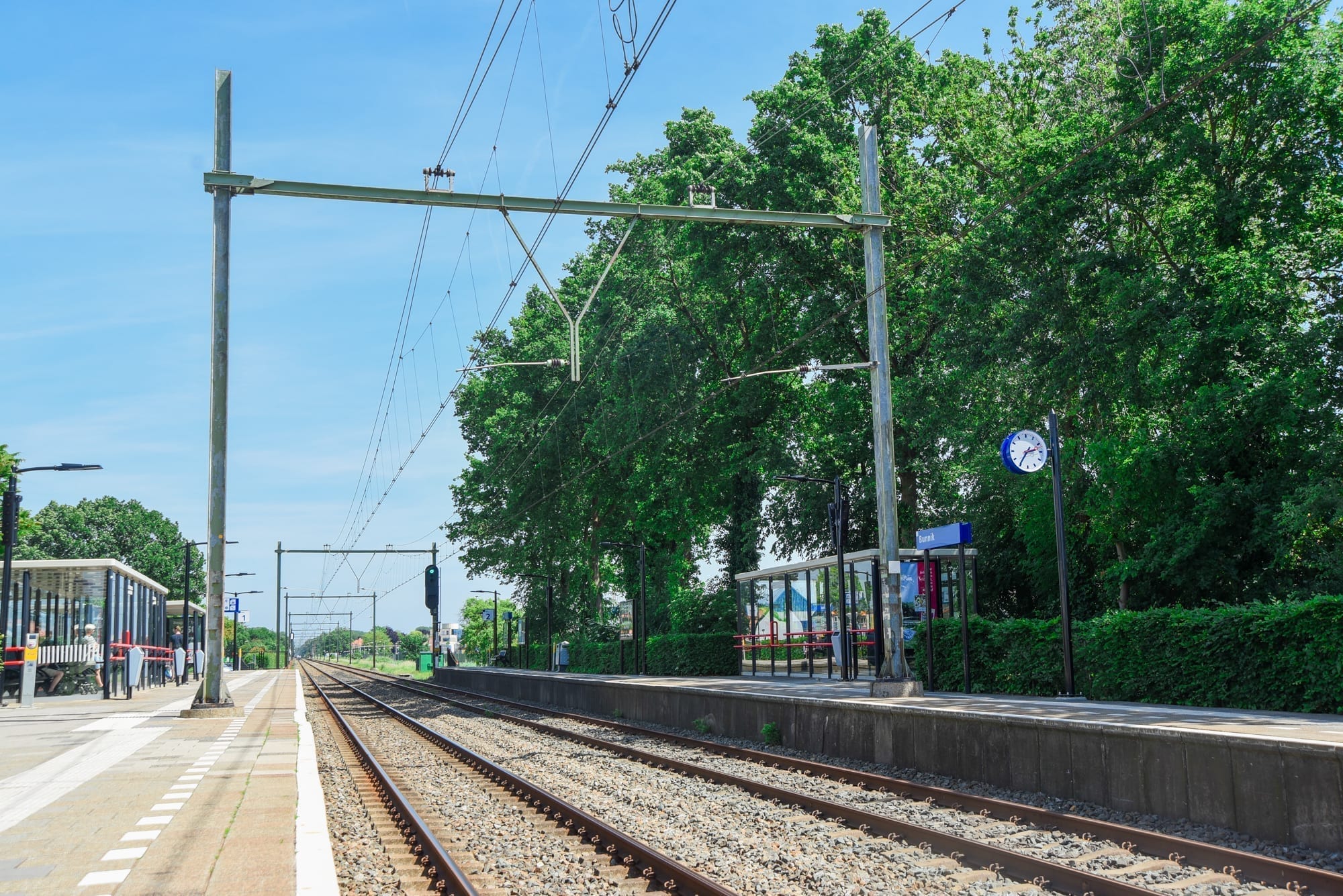 Others did have a step – the longer distance express trains often had two steps. I kind of freaked out when I saw that because I wondered how on earth I was going to get that stroller up there in the 3 seconds I had (because the trains do not stop long: they are FAST).

Every. Single. Time. I got on a train, lovely, tall, gorgeous, sunny, friendly, Dutch people rushed over to offer to help. No kidding: every. single. time. So, every. single. time I had these people who looked like magazine models lifting up my battered double BOB and hoisting it into the train and smiling their sunny Dutch smiles at us all and saying things that sounded nice as they cheerfully walked away.

I’d like to know how this is handled: do you need to touch base with the information desk at the large stations to make sure the conductor has a portable ramp? Or do you just go to a certain train car where they unfurl a ramp? I wonder what happens.

There is captioning on the trains!!!

They have these little video monitors and it displays what the next station is. When I was in the stroller/wheelchair area on the inter-city express trains, I couldn’t see the display, so I just relied on looking out the window to see the station signs. They do announce the name of the station that is coming up next,  so if you are blind, I wouldn’t think anything would be an issue.

Deaf and Disability in Holland

There was a lot I wanted to see and experience with regard to disability and deaf community in Holland. There’s this Deaf Club in Amsterdam I wanted to go to, this blind museum in Nijmegen, there are deaf boat tours in Amsterdam and other cool stuff. But it’ll have to wait until a little later. 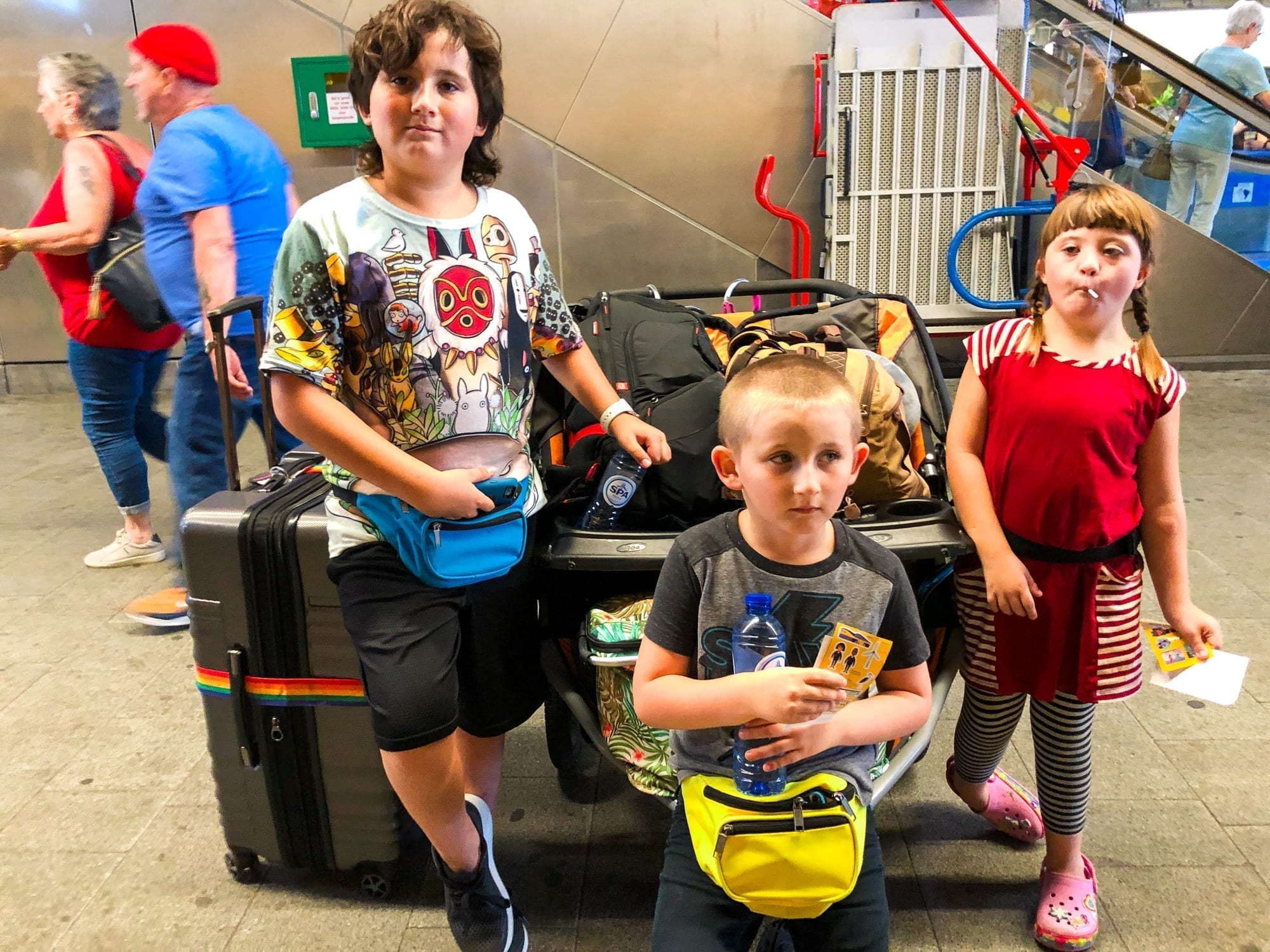 The Dark Underbelly for Disability Access in Holland: Eugenics and Euthanasia

[easyazon_image align=”left” cart=”n” cloak=”y” height=”75″ identifier=”1979371237″ locale=”US” localize=”y” nw=”y” nf=”y” src=”https://images-na.ssl-images-amazon.com/images/I/51iqkzf-CXL._SL75_.jpg” tag=”doozeedad-20″ width=”50″] People have pointed out to me that with the advent of legal euthanasia in Holland, people with disabilities have been encouraged to die. The book, Do You Call This a Life? explores this in greater detail.

I haven’t read the book, so I can’t tell you more about it – I’m just linking it here in case you’d like to delve deeper into understanding this.

While the US has organizations like the National Council on Independent Living (read my post on 32 Disability Organizations You Should Know About), it is still largely disability-separated. Most disability groups still do not join forces and unite, so that is pretty similar to how it apparently is in the Netherlands.

The one thing that has really stuck in my head about all the eugenics and euthanasia in Holland is: it’s so weird to me that people with disabilities might be encouraged to kill themselves in Holland by way of being euthanized, but the quality of life for a person with a physical disability in Holland looks like it’s pretty accessible.

Is it like, “okay, we’ll encourage all the disabled people to kill themselves, but make sure they can really get out and participate in life until they do so”?

In the United States, it feels more like, “you’ll have a law to protect your rights as a person with a disability, but you’ll have to fight every step of the way for access to all public spaces, education and employment.”

The Netherlands is about the size of the American state of Maryland (and Maryland is a small state). I feel like making a direct comparison between the Netherlands and the Unites States doesn’t make sense because they are just too different, size-wise and politically.

In the here and the now, we can just learn. Take notes. See how we can all do things better.

More of this Dutch awesomeness: we arrived at Utrecht, stepped out of the sparkling glass elevator and boom! There was some kind of pride…something going on! 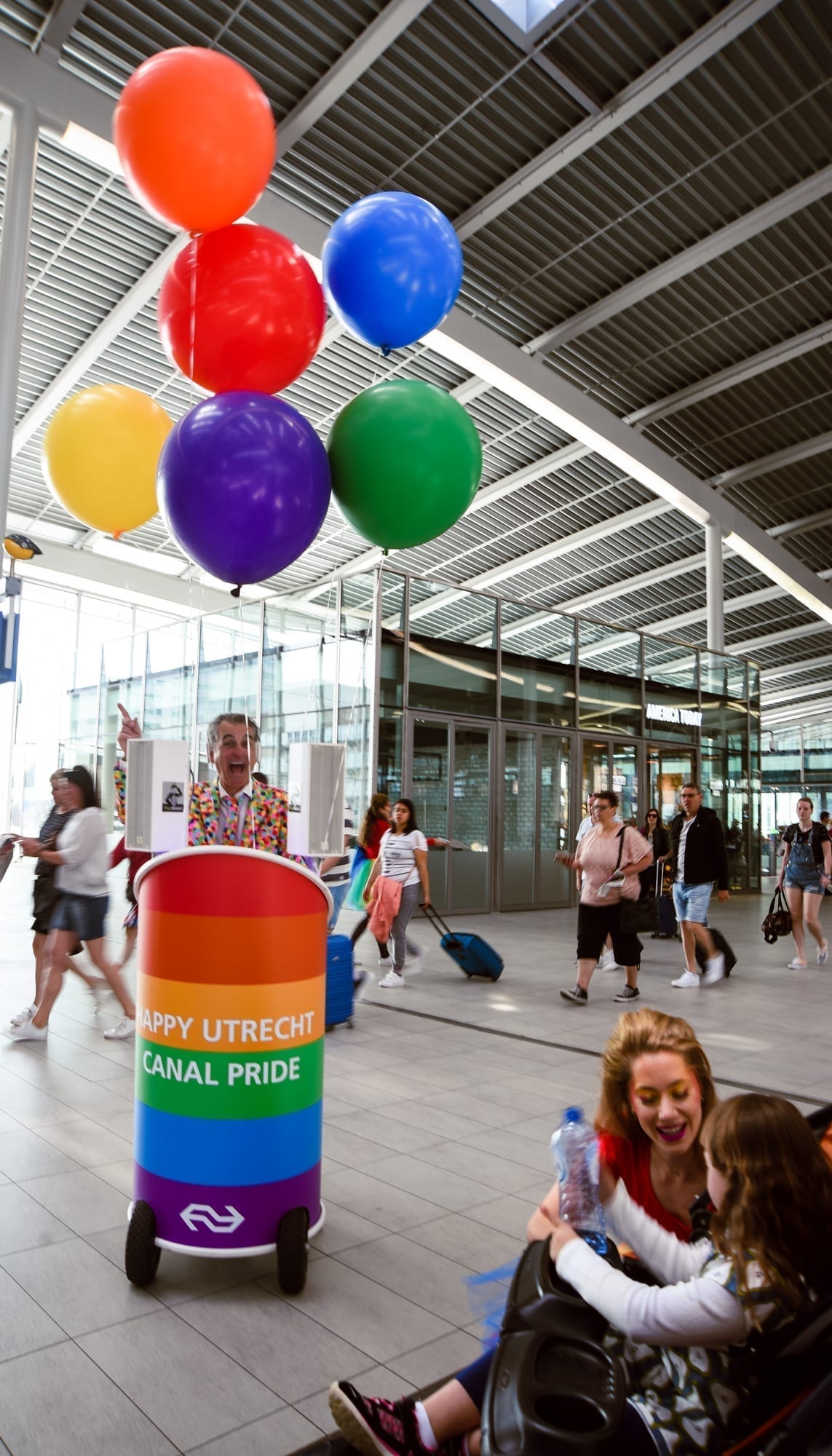 Moxie was in heaven. 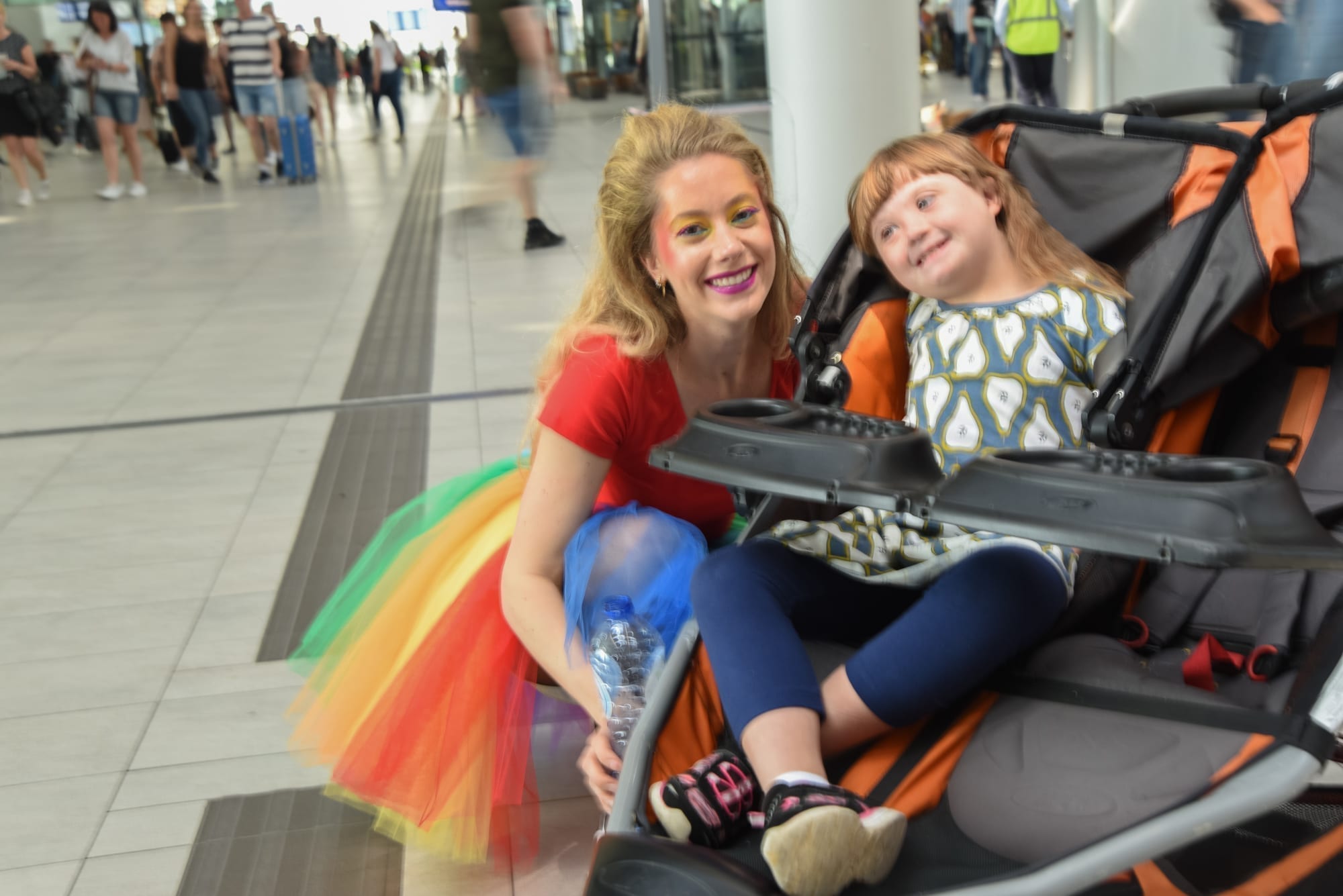