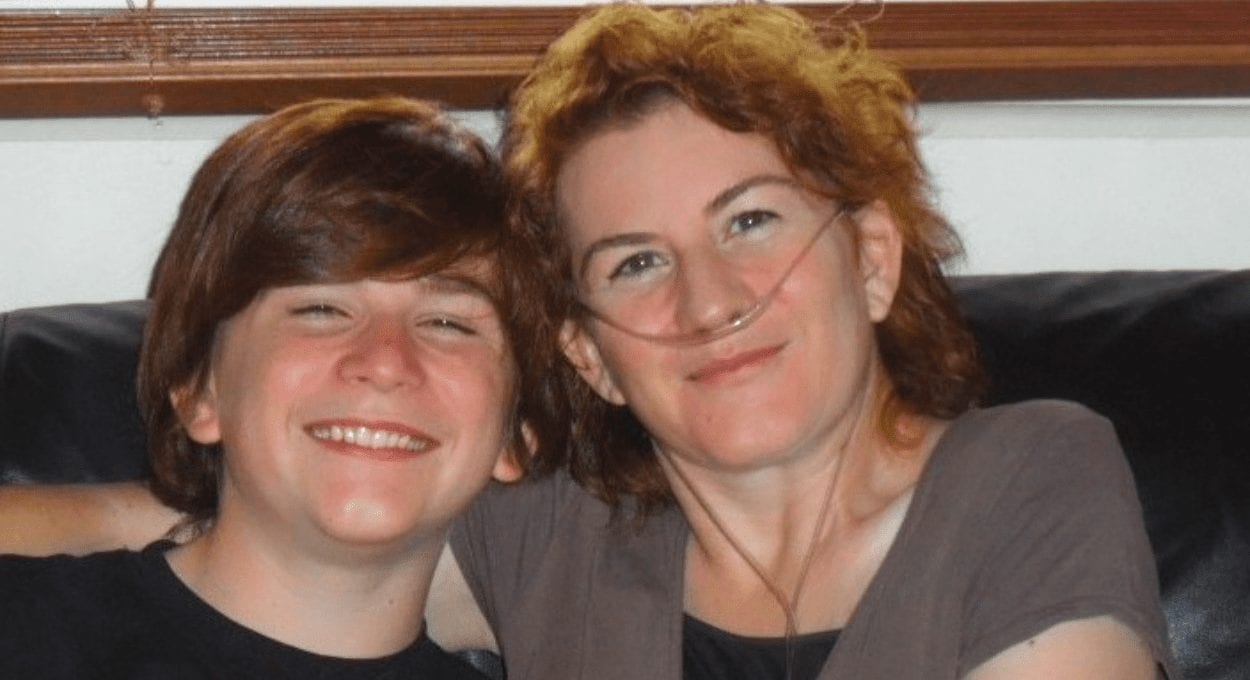 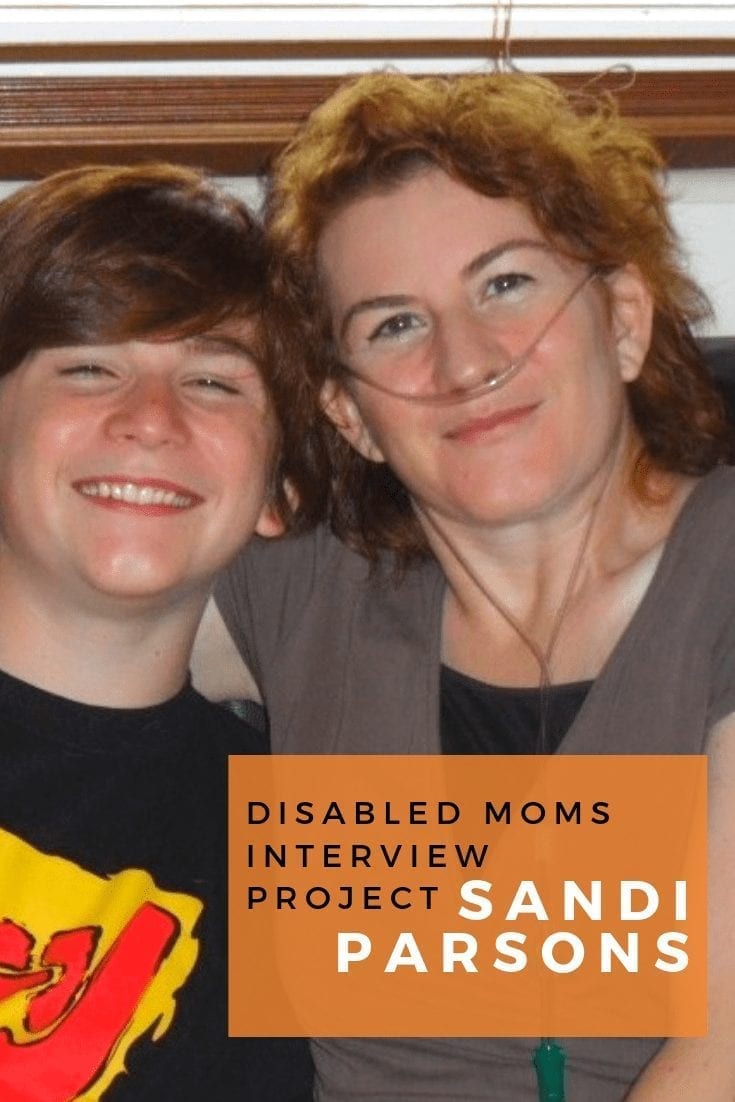 This interview with Sandi Parsons is available in distraction-free pdf at the end of this post.

If you are a mom with a disability and would like to participate, please download the questions here, and send them back to me via email (meriahnichols@gmail.com) or tap at me if you’d rather record a vlog instead!

What is your disability?

I have Cystic Fibrosis (CF), and eight years ago when I was in respiratory failure, I received a double-lung transplant.

Did you grow up with your disability or was it more recently acquired?

Cystic Fibrosis is a genetic disease – but it took some time for the official diagnosis. In the meantime, my Mum was brushed off as a neurotic new mother.

How do you think growing up with a disability affected your perspective, pride, opinions and culture surrounding disability?

I was fortunate to grow up in the era before the cross-infection guidelines impacted the CF community. Unlike children growing up with CF today, I grew up surrounded by other people with CF – I found this empowering as I was able to see all the stages of CF progression before they happened to me. Knowing what the future held never made me anxious or scared; instead, it was an education on what I would need to do to stay as healthy as I could.

The flip side of this was that I saw that the narrative society was continually telling me – that CF was a childhood disease and I didn’t have a future – was relatively true, as, for the most part, the people with CF I knew while growing up were not much older than I was.

Did you have disabled role models around you, growing up? If not, how do you think it would have affected you if you had?

I was a teenager when I met two adults with CF that had an impact on my life. The first was Tom, who at thirty, seemed incredibly old to me. Tom shared his experiences, and it was the first time I started to imagine that having a future might be something I too could achieve.  The second was Jan – you’ll find out more about her later.

Did you grow up thinking you would be a mother?

No, initially my mum was told I only had a 50% chance of reaching 13. With advances in treatments, the average life expectancy for people with CF slowly increased.

Well before puberty, I was told that women with CF were infertile. I was 16 when one of the adults I knew with CF, Jan, became pregnant, busting the myth.

Were you scared to become a mom because of your disability?

Jan died while her child was still a toddler, and it made quite the impression. It convinced me that if I wanted to be a mother, it would need to happen while I was still reasonably healthy and before my CF progressed.

Does your child have a disability? If so, is it the same as yours?

CF is a recessive genetic disease, meaning both my parents were carriers, as is my son, Jarryn. He’s aware that if his partner carries the CF gene also, there is a possibility that he may have a child with CF.

How does your child’s lack of disability – or difference in disability from your own – affect your parenting? Or does it at all?

No effect on my parenting.

What would you say are the most challenging things about being a mom with a disability?

While Jarryn was growing up, I often needed to be selfish and put my needs first. Living with CF requires a continuous treatment regimen – which ranges from nebulisers, twice daily physio to swallowing handfuls of tablets – and that’s merely the daily maintenance.

If a respiratory infection takes hold, the usual treatment includes a two-week course of IV antibiotics, and I was fortunate in that, for the most part, I was able to do IV treatments at home. Even so, that meant increased nebulisers, increased physio along with injecting the antibiotics myself into a PICC line up to 4 times every day.

The reality was if I didn’t put myself first Jarryn might not have grown up with a mother.

Do you think people focus more on you as a mom or you as a woman with a disability?

The reactions have been varied over the last 23 years – mostly due to the nature of CF, in that it is an invisible disability that is episodic.

When Jarryn was young, my cough was the only giveaway, so in most cases, I was treated as a mother first – although the coughing would attract stares and comments.

In the months before my transplant when I was on oxygen, and in respiratory failure, the emphasis from most people I interacted with, including the general public, was disability focused. 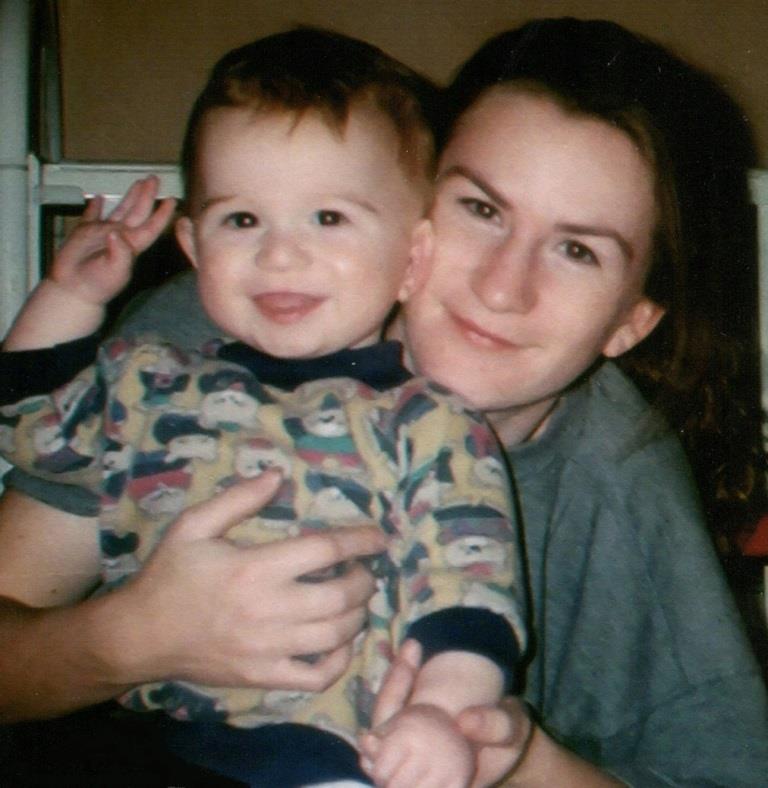 Disability aside, can you access the care, resources and help you need as a mom, or does disability consistently get layered on by the medical profession?

For me, disability layering by the medical profession was most noticeable when I was pregnant. When I tried to access care from my perinatal team for issues relating to CF that might impact my pregnancy, I was consistently brushed off as being neurotic. My CF team, however, stepped up and modified my treatment plans.

Far worse than being brushed off was a conversation with my not-so-special specialist at 33 weeks. He decided my only option was to have a preplanned caesarean. He held the belief that a woman with CF would be unable to deliver naturally – and I had great delight in proving him wrong.

What would you say your greatest skills as a mom are?

Not panicking in an emergency – after managing my home IV’s and dressings, I’m way overqualified to clean a scraped knee and slap a band-aid on.

I’m pretty sure that what I see as the biggest weaknesses Jarryn would advocate as being strengths!

The first would be that when Jarryn was in the early years of primary school, I was a single parent and a working mum. It was easier to get my physio done in the mornings if he ate breakfast in front of the TV.

Secondly, due to malabsorption issues,  the CF diet is high in salt, fats and centres around making every calorie count. I consume snacks constantly – and when you’re teaching a little person to share and have good manners, it’s pretty hard to justify saying no all the time – or eat what I tell you to eat not what I’m eating!

Of course, at some point, Jarryn realised you can’t eat like someone with CF unless you have CF.

What do you think the hardest parts of being a mom are for you?

When Jarryn was 14, I was placed on a waitlist for a double lung transplant. Jarryn needed to decide if he would stay with me, or move across the country to live with his Dad. As much as I wanted him to stay, I knew what my deterioration was going to look like, and that it wouldn’t be pretty.  I didn’t think Jarryn should have to watch me die.

So as a mother, I needed to do what was in his best interests and included convincing him that moving across the country was his best option.

How do you think the presence of your disability makes it easier or harder to parent?

There were times that I couldn’t be as active as I would have liked. Times I needed to rest more. Luckily this was counterbalanced as Jarryn was growing by my fabulous neighbours. One family would take him along on their camping trips, while another played more active sports.

My contribution was to look after the children as they rode their bikes up and down the street or taking them to a play café so I could sit while they ran around exhausting themselves.

What do you wish people would really get about being a mom with a disability?

The judgements – people assume that bringing a child into the world when you have a disability is doom and gloom. “You’re digging your own grave” is a phrase that was repeated to me often. When I was pregnant, it was far from the norm for a woman with CF to have a child, although it’s becoming far more common now.

Despite having CF I’ve had a great life and Jarryn experienced a full and happy childhood.

Can you tell us a parenting story?! Something funny related to your disability?

I’d always taught Jarryn that when having a new playmate over, he should show them around the house, so they know where important things like bathrooms are. We had recently moved, and Jarryn had started a new school, and his first friend had arrived. I was pre-preparing my IV medications for the next dose, as Jarryn took his friend through the house saying, “This is my room, this is the bathroom, here’s the fridge and that’s my mum shooting up her drugs.” 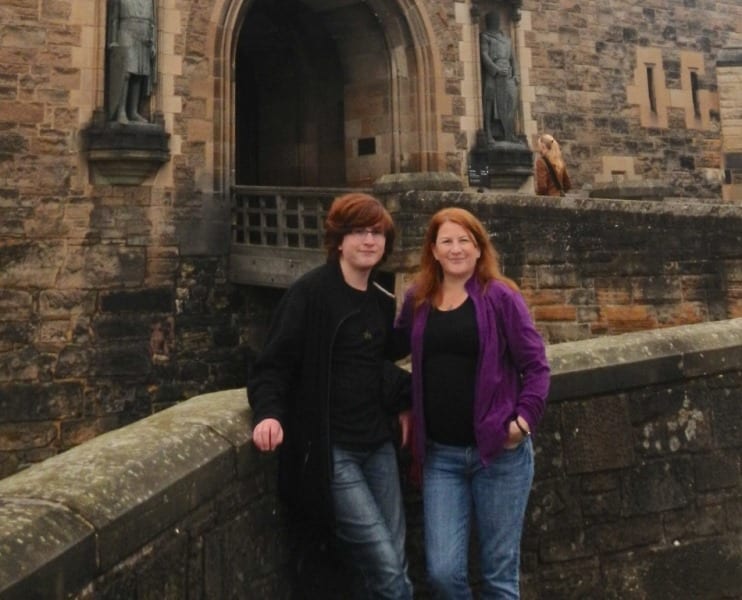 Memoirs and how-to from moms with disabilities:

Waist-High in the World: A Life Among the Nondisabled

The Disabled Woman’s Guide to Pregnancy and Birth:

The Question of David: A Disabled Mother’s Journey Through Adoption, Family and Life

The podcast episode is below and the downloadable PDF is linked here and in button below (just click it: it will take you to Gumroad, where it will say “name a fair price” or something like that – feel free to put 0 in the box (and you can feel free to pay for it too – really, it’s all good and I won’t be hurt!). After you enter a number, it will take you to the next screen where you enter your email address for the download. I do not store your email address and I won’t bug you after – this is NOT a bait-and-switch thing where I say “free download” just to get your email address then harass you. NOPE! The system will then automatically send you the PDF  to download via your email).

Well, if you are a FluffMeister (or above) level on my Patreon, you’ll get a collection of each month’s PDF’s compiled for your reading leisure! Visit my Patron for all the details.

This stuff helps me keep going 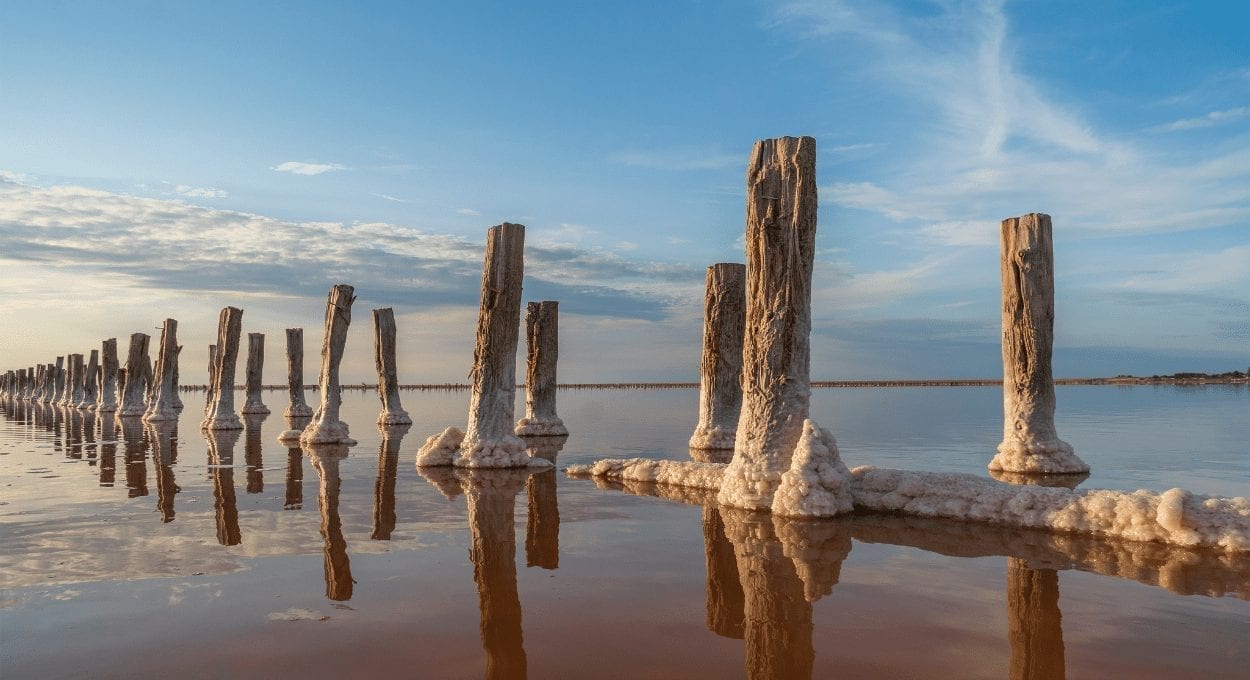 ← Previous
Square Pegs in a Round Peg World: The Power of the Neurodiverse 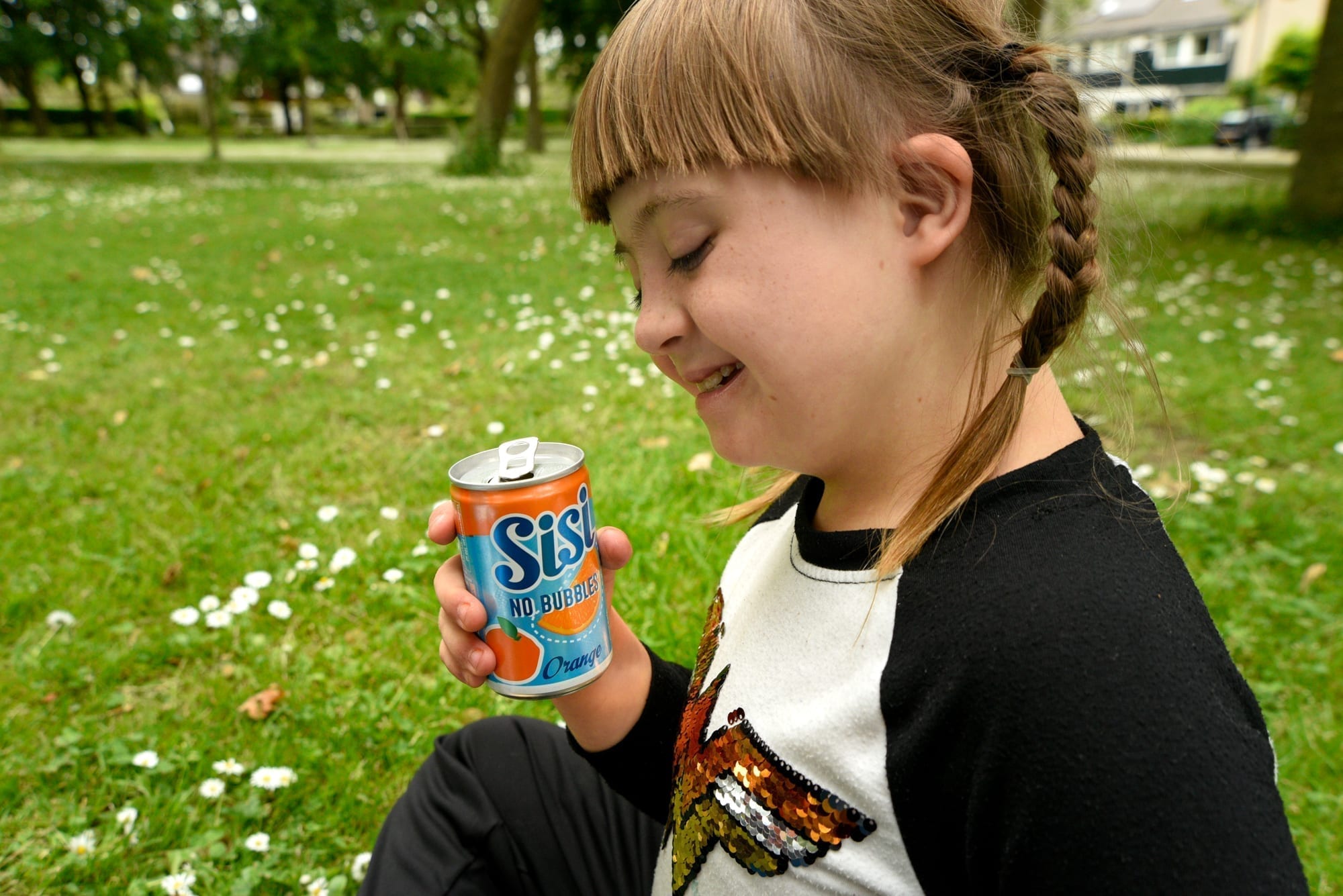 Next →
Welcome to Holland
Click here to cancel reply.