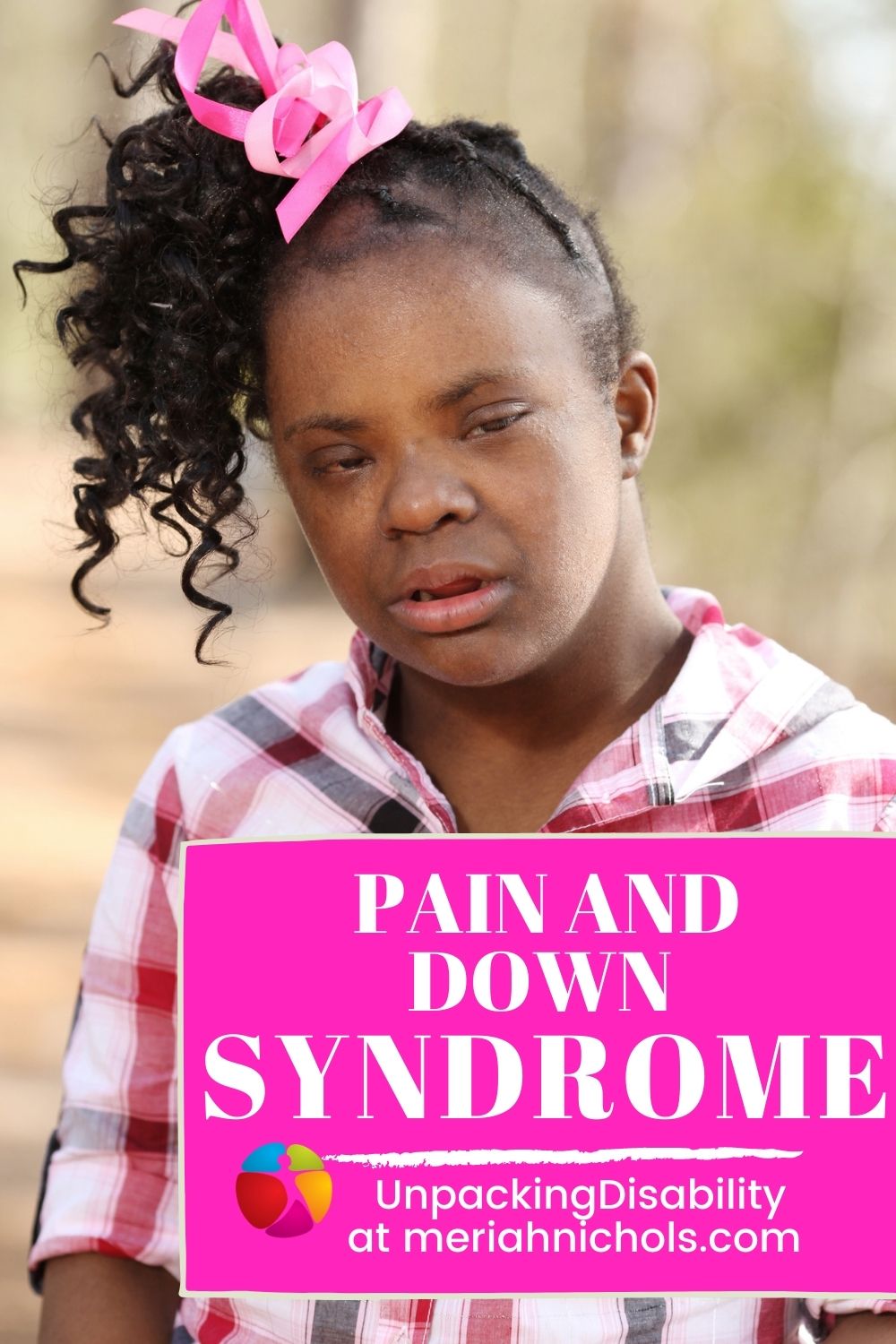 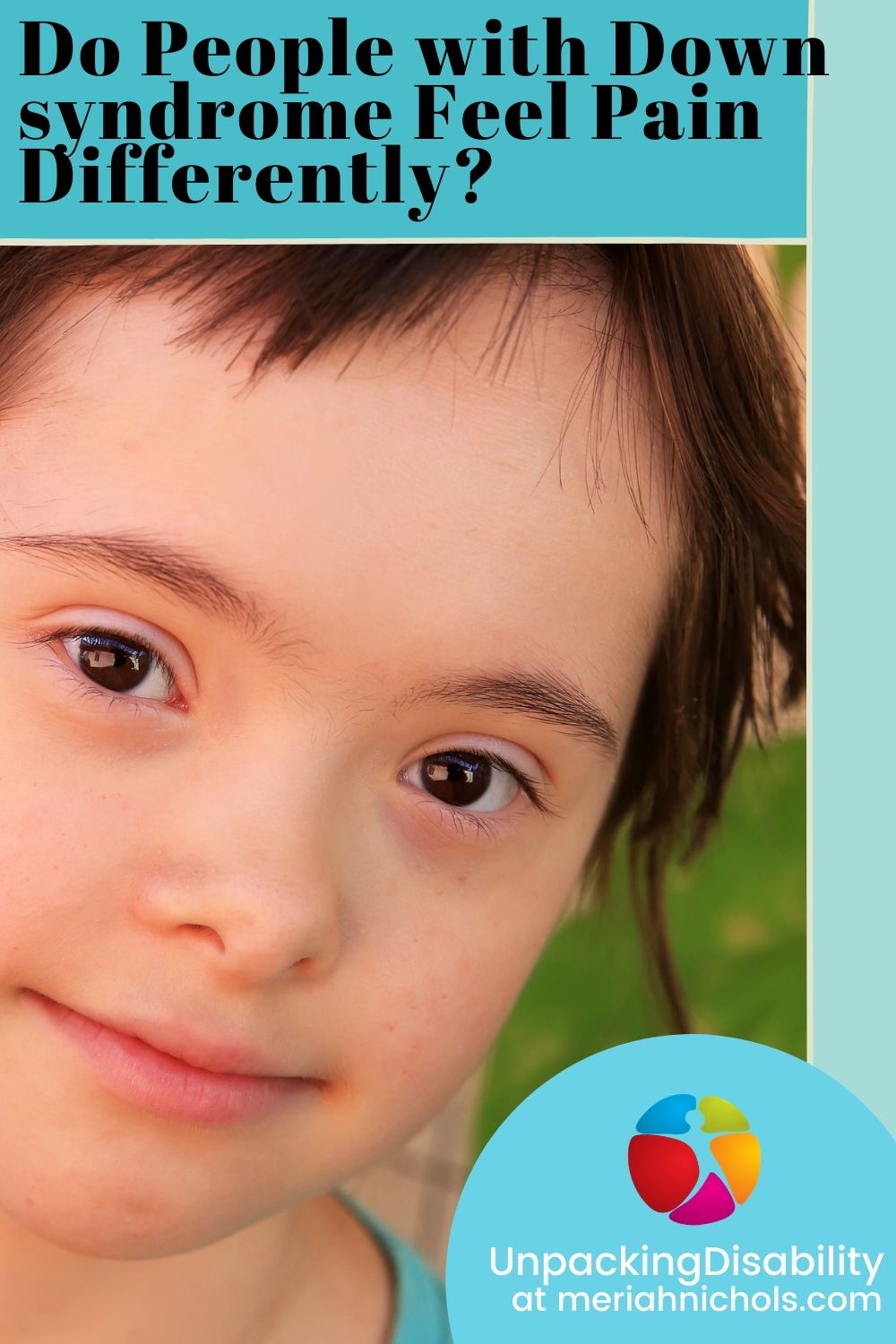 This addresses the question, “do people with Down syndrome feel pain differently?” and relates to pain tolerance of people with intellectual disability.

If you want to hear this read, just click the link below.

When my daughter Moxie was about two years old, she wandered over to where I was in the kitchen. The oven door was open as I was removing something, and she stuck her arm in. Her arm touched the side of the blazingly hot oven walls inside.

Moxie did not scream.

Her not screaming led me to think that she had not sustained much injury, when in fact, she had. Her burn was severe and she bears the scar to this day.

Do People With Down Syndrome Feel Pain Differently?

Over the years as I’ve watched my daughter go through daily life, I’ve noticed that she responds to pain differently than her brothers do. She has an extremely high threshold and tolerance for pain. They’ll get a tooth cleaning and scream, while she gets a tooth removed and won’t even flinch.

Time and again, I’ve seen my daughter display an exceptional nonchalance towards pain. Be it freezing cold water, tumbles on rocks or cuts, she simply hasn’t seem to register the pain in the same way that her brothers (or I) do. It has given me cause for alarm, to be honest, and it’s been an aspect of my daughter that I have needed to stay vigilant about.

While she may not feel pain as much, it doesn’t mean she doesn’t get hurt.

Pain and People With Down Syndrome

People with an intellectual disability experience both acute and chronic pain with at least the same frequency as the general population. However, considerably less is known about the pain perception of people with Down syndrome…Some experimental studies of acute pain have indicated that pain threshold was higher than normal but only when using a reaction time method to measure pain sensitivity.

McGuire and Defrin go on to say in their fascinating article on Pain perception in people with Down syndrome: a synthesis of clinical and experimental research (Frontiers in Behavioral Neuroscience, 2015) that it’s not clear if their pain receptors are actually different or if they are simply delayed in their pain responses. They suggest that it is the latter, that individuals with intellectual disability actually feel pain more acutely than people without, but that their pain responses are delayed.

I think that watching people for nonverbal cues is always a good idea. 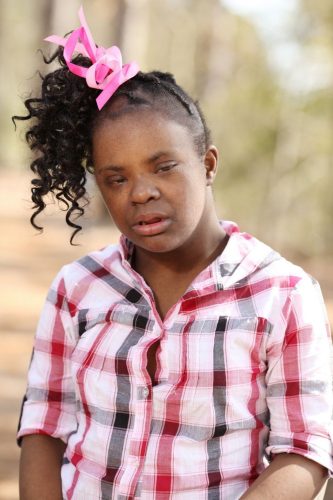 Since I’m deaf, I am constantly watching my children (not just my daughter) for non-verbal cues. In so many instances that others would surely find discomfort, I don’t see her react AT ALL. I don’t see flickers in her eyes, involuntarily movements, nothing.

Another thing: if you post a question in a Down syndrome group on social media, asking about whether or not parents have any thoughts on their children’s pain tolerance, you’ll get around 400 responses. It’s that common.

People who care for someone with Down syndrome need to know to watch out extra carefully, because we can’t rely so much on their reactions to discomfort to guide us.

Just because our loved one doesn’t react to pain does not mean they won’t get hurt. That cold water can hurt them; the heat can burn them, the sharp things can cut them.

Some More Down Syndrome Related Posts