Posted on September 24, 2019 Categories Down syndrome

What the Down syndrome Community and Ostriches Have in Common… 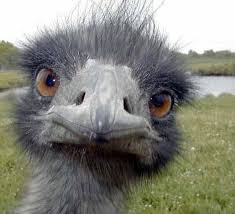 My favorite lil’ online guy over there, Noah’s Dad, was posting in a Down syndrome Educational Support group on Facebook, trying to get people over to some post of his about information for parents who have received a prenatal diagnosis of Down syndrome.

When asked why he was reinventing the wheel with this when Lettercase has done an absolutely fantastic job already with their outstanding book and the Down syndrome Prenatal Testing website, he said that he couldn’t support Lettercase or what the good people at Down syndrome Prenatal Testing were doing because they mention “termination” in the booklet.

They don’t advocate for termination, they don’t sway pro-choice or pro-life, they are simply pro-information; getting word out to people.

Rick (- “Noahs Dad”) ended up back-pedaling in that group and then removed his post entirely. He can’t take intelligent criticism, that’s for sure.

Anyway, something similar is going on with Down syndrome advocacy groups, this idea that if termination is MENTIONED, it’s somehow being advocated? Then self-advocates (- people with Down syndrome) say that they’d like abortion to not be mentioned at all in any type of material (- read Mark’s excellent post on all of this, linked here).

You know what I think? – I feel like this is what some people are doing within the Down syndrome community: sticking their head in the sand just like an ostrich, thinking that if they delve deep enough into those grains, the whole issue will somehow go away.

But you know and I know that it’s not.

Pretending that abortion doesn’t exist and refusing to mention it will NOT make it go away.

Moreover, if someone like me – pro-choice, well-educated, from a liberal area and choosing to have children later in life – reads your stuff that is wrapped solidly around pro-life belief or refusing to even mention termination, I’d be turned off.

Meaning, you are isolating the people you hope to reach.

This is what I believe: I believe that it is a woman’s right to choose whether or not to birth her baby. This does not mean that I am pro-abortion, I simply believe that a woman should always have that choice. Not the government, not a doctor, not her partner, only the woman.

And I think that we live in a time of so many misconceptions.

The vast majority of us CANNOT have babies in our late thirties, let alone mid-forties. So many of us do suffer from infertility. We cannot balance work and family life, something always gives. We don’t need to buy so much, live the way we do and consume so much, nor do we need to work so hard.

My point is, when a woman finds out her unborn child is coming with Down syndrome, spina bifida, the gene that causes deafness, when she finds out that her child will have Trisomy 18, you-name-it, any disability – she has a lot to consider.

And I’ll bet she’s scared. She probably does not have experience of or knowledge about disability. She may not have many child bearing years left, if any. She may have conceived the child using in-vitro fertilization even, because she has had issues with fertility. She has her career to consider: how can she care for a child with a disability when she needs to work? And she needs to work because their life is expensive.

The desire to abort has deeper issues.

It’s not often about a mother who just wants to kill her baby. It’s more often about insecurity, about fear, about needing to work with time as it remains. The desire to abort can be complex and if people really want mothers to abort less or to actually bear the fetus that has been discovered to have Down syndrome, you need to address the deeper issues.

Saying “you shouldn’t” or that someone is terrible because they are aborting or have had an abortion simply doesn’t cut it. That won’t work.

I heard about a woman that aborted her baby as she found out that the child carried a gene for deafness. She did not want a deaf child. As a deaf person, I wanted to talk to her, ask her why, I mean, being deaf is not horrible, why abort?

As a woman who is pro-choice though, I respected her decision. For whatever reason, she felt she couldn’t bring a deaf child into the world.

What I wish could have happened was simply that she be given the option to talk with a deaf person, offered information related to her choice that was neutrally-posed.

This is what Lettercase is trying to do with Down syndrome.

And that is why I support them. There is also a collection of invaluable resources on the Down syndrome Prenatal Testing site, which includes information on the Down syndrome Pregnancy site and also on adoption. This link to that page is here. These are simple resources that have great power and what I’d really wish is for this community to support what’s already been worked on and is out there, instead of either trying to reinvent a perfectly functioning (but new) wheel or hide their head in the sand. 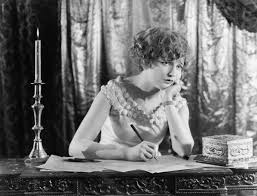 Previous
A Letter to My Younger Self 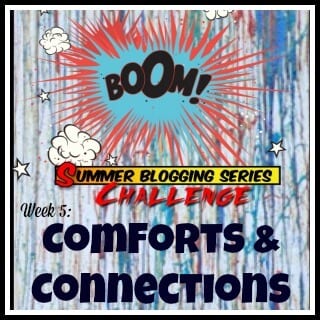 I don't think having a pregnant woman who desires termination because her child is deaf or has down syndrome being given the 'opportunity' to talk to deaf people or families/people with down syndrome CAN in any way be 'neutral'. You cannot talk about your life and your deafness in a neutral way when your real goal is to convince somebody they should reconsider 'termination'. You can say what you want about it, but having a child with down syndrome is not easy, the potential for severe heart problems, death at an early age, and early age alzheimer's is high. Not everyone has the time or resources necessary (including the cost of open heart surgery, even with insurance - the rehabilitation time) to give the children, who may languish. Not every parent wants to give birth to a child they later have to find laying dead in the bathroom from a heart attack at age 18 like my husband did.

I am so sorry.

And I agree with you. Reading your comment reminded me of a time when a family who were wondering if they should terminate came to the Down Syndrome connection of the Bay Area to meet families and kids with Down syndrome to weigh in on what our lives were like.

It was a terrible feeling. I didn't want to go out of the ordinary with who we were, I didn't want my daughter to be anything other than her natural self, but there was a.... hope, I guess, however strong, that they'd find us all fine enough to want to keep their child.

I get what you are saying: it's not neutral. But I do still think that however biased it might be or however awkward the experience, it should happen. Moving forward completely uninformed is, I believe, ultimately harder.

I believe it's not just a woman's right to choose, the husband has an equal part in the equation.

I had a prenatal diagnosis, and My husband and I made a choice ... To have a child with Down Syndrome. (Actually twins!)

It was not easy.

Lettercase was an invaluable resource for us, and we support their mission. That writing gave a balanced approach that gave us confidence that we could love and care for our daughters.

These writers who want to avoid talking about termination ignore the fact that EVERY medical professional I saw discussed termination with me. Asked my husband to leave the room. Asked me if I was pressured not to terminate. Gave me outdated info projecting a significant risk of stillbirth. Every single visit through 27 weeks.

Yes, every single visit through 27 weeks. With my kind, caring OB-gyn; with the horrified perinatalogist; with the relatively blasé fetal cardiac specialists; and with the high risk OB-gyns at the special delivery unit at the world renowned Children's Hospital (with the respected T21 clinic).

We chose our daughters, and that power of choice means something to me. We both agreed that our most challenging life experiences were our most rewarding - and so we chose the challenge.

And the rewards? Life changing. Amazing. Wonderful. Still lots of challenges, but I would not choose different.

As the author of the Lettercase book and the co-author of Down Syndrome Pregnancy's "Diagnosis to Delivery," I can't tell you how much this means to me Terry. Because we deliver books primarily to medical providers and local Down syndrome organizations, I often don't get to know the parents who receive them. I'm so grateful that you found our materials to be helpful during that time. Please feel free to email me at info@lettercase.org; I'd love to be able to share your story at medical conferences.

I know what you are saying too, because when I look at Moxie, I often think that: "I CHOSE you.". It's a wonderful feeling.

I love this. I am not part of the DS community but I see this "don't mention it" mentality in our SB community too. I was raised in a pro-life community and I definitely lean that way but when my son was diagnosed during my pregnancy I was faced with making the choice and it was not an easy question for me to answer. Not because I didn't love my son or because I thought he was going to be worthless-- it's a fight or flight reaction. It's like you just found out the building is on fire and you're looking for the nearest exit. We were given realistic information and access to support which made a huge difference. Ignoring that abortion exists will not do anything except further distance the disability community from pregnant moms who need support.

Prefacing this by saying that I'm a pro-choice, disabled woman with no individual connection to the Ds community.

I stopped reading Noah's Dad's blog a while ago, for various reasons, but one of them was absolutely his attitude towards termination. In particular, I felt that his attitude towards termination of a diagnosed fetus--that it's always wrong because termination in general is always wrong--failed to give pro-choice people any reason to not terminate. Where I expected to find reasons (self-believed or verified) such as "Most kids with Ds live happy lives" and "There have been many advancements in science and policy that make the lives of people with Ds better than in the past", I instead found an attitude of "It doesn't matter if you want this kid or not; termination is always wrong, so you need have the baby", an attitude that I felt was more likely to push overwhelmed women TOWARDS the decision to terminate, rather than AWAY from it. Because if this man, who claims to have a wonderful life with his son, can't come up with a reason not to terminate beyond that he believes it to be murder, why would a woman who doesn't believe that termination = murder not take that as a sign that perhaps termination really is for the best?

So, yes: I feel that not mentioning termination as an option some women choose risks alienating the very women who are most likely to choose termination to begin with, and that any group claiming to be unbiased must include ALL the available options in order to be taken seriously.

This is a wonderful response!

you are *so* articulate! you said this far more concisely than I did - even though I was trying to - thank you for nailing it