4 Reasons to Add Captions to Your Videos & How to Do It on YouTube! 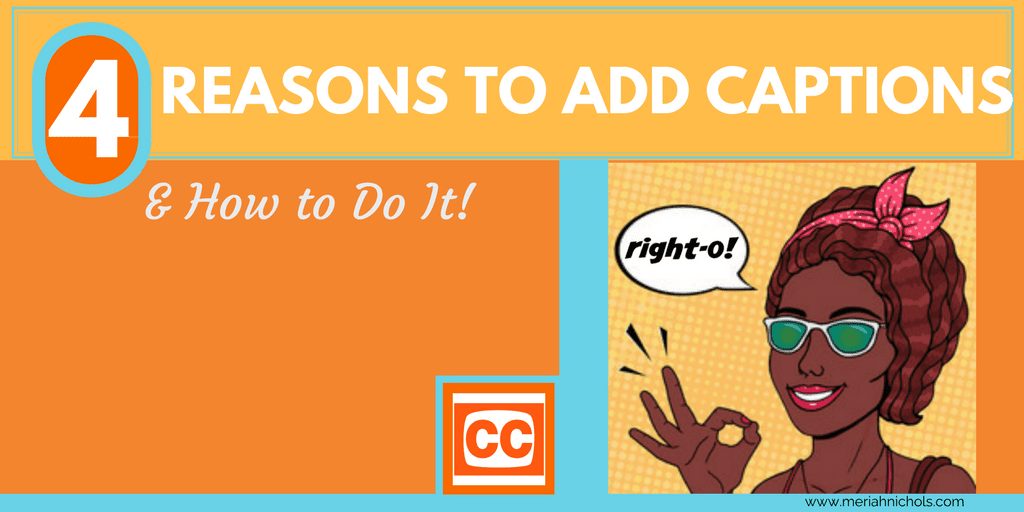 Captions are sometimes called “closed captions” and sometimes “open captions”; in movies, they tend to be called “subtitles.” For this piece, I’m calling them captions, and I want to talk about reasons to add captions to your videos – and then send you over to a fabulous tutorial for adding them to your YouTube videos. Ready? Okay, here we go:

Reasons to Add Captions to Your Videos:

1. The d/Deaf/ Hard of Hearing

I’m deaf. This means that when I take out my hearing aids, I hear precious nothing, but there is evidently some hearing there for the hearing aids to pick up and amplify at all.

And I’m not alone! According to Gallaudet, 13% of the total US population is deaf or hard of hearing. This is something like 38 million people.

Now, if you want to ignore 38 million people, go right ahead, but it doesn’t make a lot of sense to me to do so.

2. Reaching Your Audience on Social Media

a. In the United States:

There are around  240 million people using Facebook in the United States alone, and 180 million on YouTube. People want to enjoy content on social media, but for various reasons, don’t always want the volume on.

The only way that people can enjoy video content without the volume on is through captions. If you add captions, you going to reach a significant portion of those 240 million on Facebook or 180 million people on YouTube.

240 million on Facebook and 180 million on YouTube are the numbers for the United States alone. But the US is obviously not the only consumer of social media; in fact, the US is responsible for only some 20% of the traffic on YouTube.

This means that of the 1 billion people that use YouTube, only 180 million are in the US. Many, if not most of these people speak languages other than English, and many of them are swept away with American English.

If captions are added, the video content producer has a greater chance of reaching the 80%. And isn’t that why videos are made? So that people will watch and understand them?

YouTube captions are read and indexed by both YouTube and Google. Adding captions and descriptions ads value to your video and weighs the search algorithm.

YouTube’s automatic captions, or “craptions” as they are known in the deaf community, are not indexed by YouTube or Google, as the captions are often wrong. High quality, manually-added captions bump up the SEO.

Search engine bots look for signs of relevancy left by humans. When a video has captions, it tends to increase video engagement – people watch for longer. This increases the likelihood of comments, subscriptions, “likes” and viewing, which raises the value of the video, thus increasing the SEO value.

In simple terms: if you add captions, people will like it. People will interact with your content. The bots of the internet will notice that and raise your video up, so when someone does a search for “funny cat videos,” yours will come up higher on the page.

There is this funny little side benefit of having captions, and that is: literacy.

Because I was always looking at them, and my hearing aids picked up the sounds, I gradually became even more literate in both Chinese and Japanese. Now, I was young when I was living in both places (I first moved to Japan when I was 15 years old, and first lived in Taiwan when I was 16). Language was a lot easier for me to pick up then.

Fast forward to my kids.

My first born taught himself to read when he was 4. How much of that was actually “taught” and how much of it was learning to connect the captions with the sound, we’ll never know. But research says that captions help strengthen:

This being the case, there is a good chance that the fact that our DVD player and TV were always set to play captions, coupled with the fact that we enjoy TV and movies,  helped him to connect the dots and learn to read on his own.

Are you sold? Yeah?! Well, you should be!

Not adding captions in this day and age makes absolutely no sense at all. Besides missing out on an opportunity to help your kids (or yourself) develop stronger literacy skills (and finally understand what Mumbles from Dick Tracy is saying), you’ll miss out on reaching millions of people and your content will rank lower if you don’t. You can’t even say that it’s too hard, because seriously. If my 8 year old can set up captions (and he does), then you can.

Here’s the link to the best tutorial that I’ve found out there, by the National Center on Disability and Access to Education : 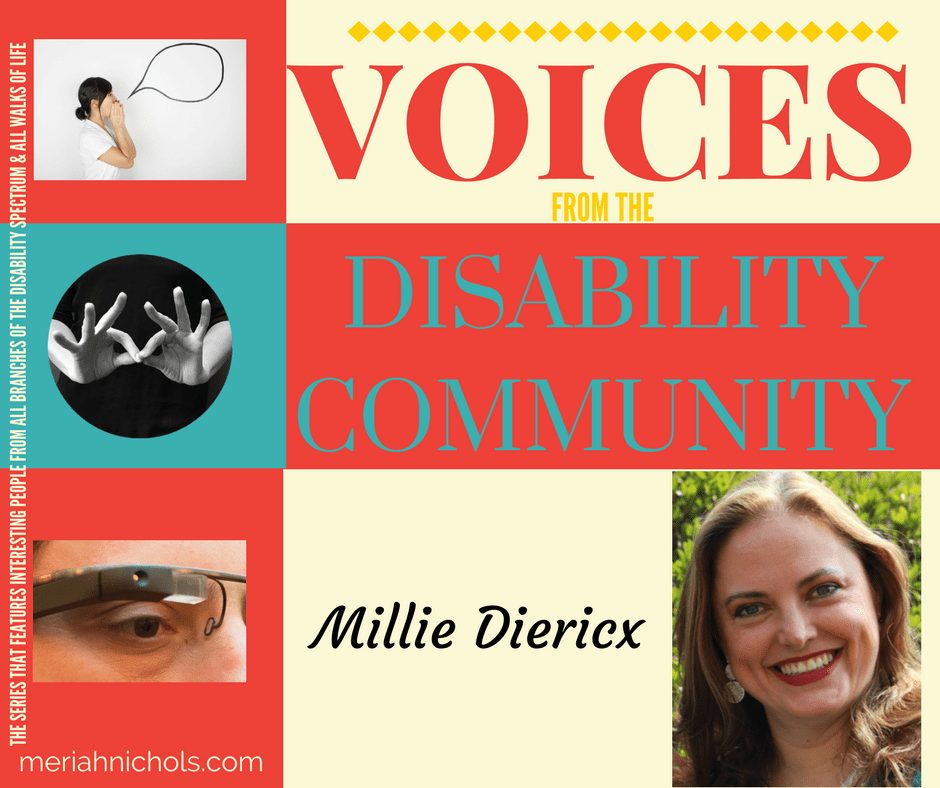 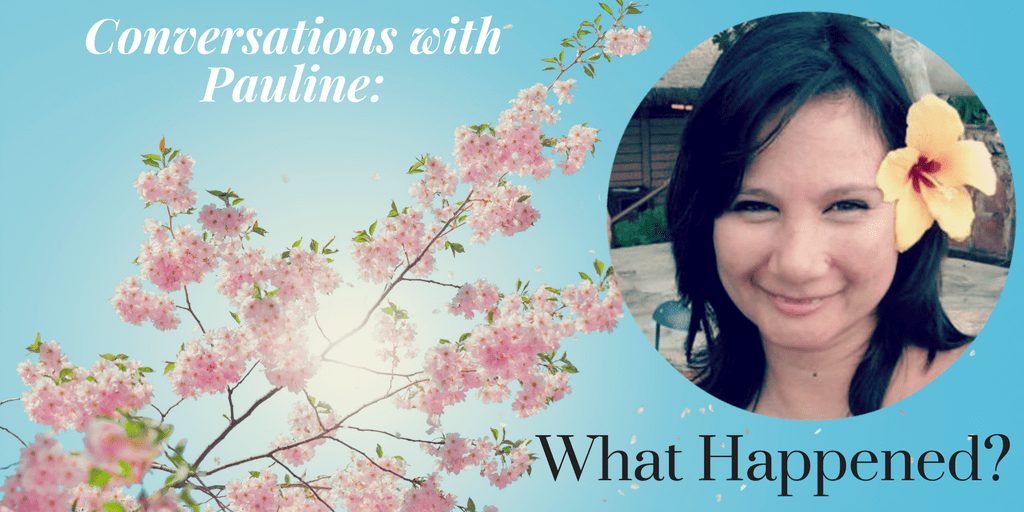 Next →
Conversations With Pauline Victoria: What Happened?
Click here to cancel reply.