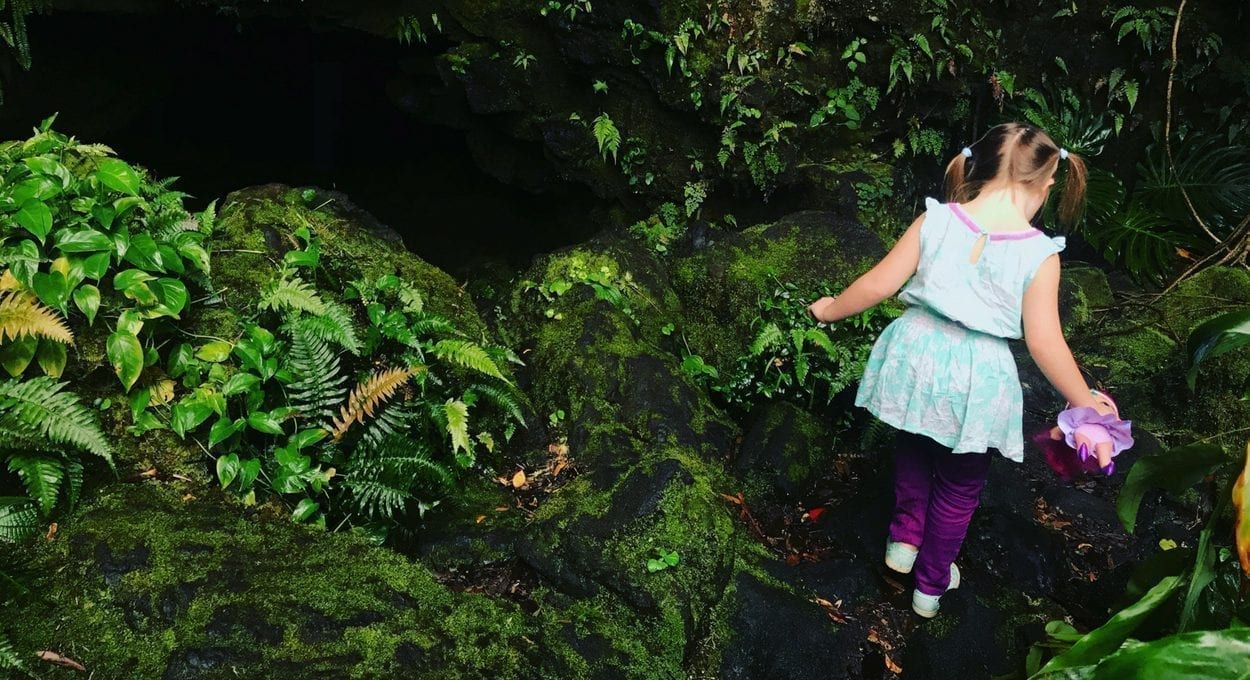 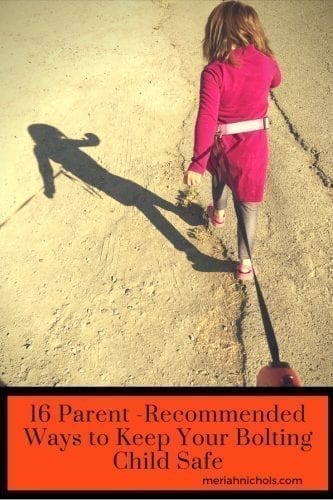 How to Keep Your Bolting Child Safe

Bolting is very common with kids with Down syndrome and Autism. It’s also common with some kids with other disabilities, and it’s different from just “running away,” – it’s running away without conscience, with a complete disregard for safety or caution, almost an inability to stop. Some people call it “eloping” and others simply “running” but for this post, I’m going to call it “bolting.”

How to keep your bolting child safe is one of the biggest concerns for many parents of kids with disabilities. I know; I’ve been in that particular place of terror one time too many myself. It’s absolutely gut-wrenching, and I think only another parent of a child with a disability really gets it.

I initially wrote this post 5 years ago after my then-3 year old daughter with Down syndrome figure out how to undo the door lock, slipped out of the house, under a gate and was found wandering around the street trying to cross to get to the big playground.

I have updated the post with the most current tools that we parents have. There are affiliate links in this post – and all that means is that if you buy something using a link here, Amazon or the company will give me a percentage but you will pay no more than you would have. Not all of the links are affiliate. Nothing is listed here that was not used by me or recommended to me, and nothing is listed here for any reason other than to help you.

Without further ado, let’s get to the tips!

I really like this option, personally. There are a lot of variations on the same theme – attach something to your child and an alarm will blare when they have gone beyond a set distance from you. AngelSense also comes with a voice monitoring option (to listen in).

a. AngelSense GPS Tracker for Children with Disabilities – this has the solid gold stamp. It’s been around a while and has stellar reputation for tracking our kids.

In addition to the GPS, it has a ‘listen in’ voice monitoring option. This means that if you have any concerns about what’s going on around your child at school or throughout the day, this would be a way to assure yourself. It is can be expensive though, and requires a monthly fee (after the first year which is included in the device price). Right now there is a summer sale happening (about half price).

b. Jiobit: This new whiz-kid in the GPS tracking community – apparently doing what AngelSense does, but for far less money (and without the listening-in option). It hasn’t been out for long so there aren’t a lot of reviews on how well it works over time, but it is fast-becoming popular.

Gizmo LG Gizmo Pal 2 Blue (Verizon Wireless) – this is just for Verizon, but it looks great. It’s under $200 with no subscription service (other than your normal phone one)  and will locate the child. 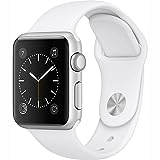 AppleWatch. For a younger child, the band can be removed and the watch head placed it in a waterproof pouch as a necklace or clip. Use the “find my phone” feature or “locate family”.

For an older child, it could simply be worn as a watch.

According to the Police, only phone numbers, not names should be listed.

: I liked Road ID Anklet a lot . It’s great because it goes on the ankle and looks like it will pack a lot of information on that little plate.

ID Bracelets are a great option for kids that like jewelry . 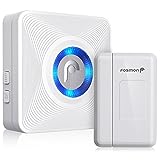 A lot of people seem to use Door Open Chime Alarms. It’s simple: the alarm goes off when the door is opened. You can program them and get them to stop/go. They are inexpensive and seem to be easy to install. 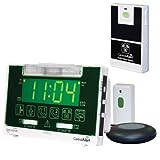 Check out the version that is better for us deaf, thanks to flashing light alerts and the option for every loud volume and/or vibration with Central Alert CA-360 Combo 2 Notification System 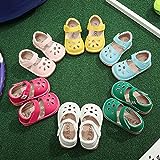 Squeaky Shoes This is something really simple, but if you can hear the high pitch from the squeak and if your child is wearing these, you’ll be able to have an idea of where your child is.

For the truly savvy kid (read: YOUR KID), gates aren’t likely to be anything more than a hurdle. It’s going to slow them down but not stop them. Still, when you are dealing with kids as fast as ours, a hurdle is still a desirable thing, right? There are a ton of gates out there, here are 3 types that caught my eye: 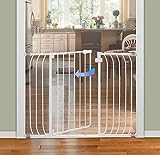 Extra Tall Gates: My friend sent methis linkto some gates that she said were great with her child. They look super. 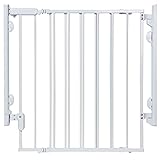 Tension Mounted Anywhere Gates These are what I went for as I need to have something that is portable, something that doesn’t need to be installed with a screwdriver.

These Retractable Driveway Guards are great because while they will NOT stop our kids from going, they serve as a bright visual reminder of how far to go. Easy to install, portable.

Deadboltsare a must for any family with a child who might bolt. If you have a child with a propensity to escape, GET ONE NOW.

There are hundreds out there to choose from; this is just one that came recommended by a friend.

Simple Solutions While Outside

I know, I know. Putting a Monkey on Their Backs Harnesses  is in essence a leash on your kid isn’t attractive and makes you feel like the crunchy Berkeley parents are going to spit on you and call CPS. But what’s better – that or calling the Police yourself because your kid ran too fast through legs in a crowd and you lost her?

NOTE: I initially only got my daughter to wear this after a lot of effort. Her big brother (and superstar) wore it around the house to help out (= make it desirable). She ended up loving it, which easily paved the way to the next step, see below: 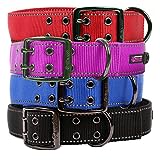 I went and bought anextra-large dog collar with a retractable sturdy leash when my daughter outgrew her monkey-harness. The extra-large collar will fit around her waist like a belt and I simply attach the leash to her waist.

She is 8 years old and we still use it.SaveSave

It feels a little obvious, but: Neon Clothes.. I mean, if you dress your kid in neon, it’s a lot easier to see them. Neon clothes are kind of “in” right now, so it’s a good time to stock up on some cute designs (green shirt here links to Amazon; pink shirt at left links to Target 🙂 )

The BOB Revolution is going to take your child with Down syndrome far past 5 years old, and it’s worth the price.

Read my post on the BOB Revolution – I have a double BOB myself, for my 8 year old daughter and her 5 year old typically developing brother. Pricey but definitely worth it.

In Sum: How to Keep Your Bolting Child Safe

Like most other parents of a bolting child, I’ve experienced those moments of sheer terror, not knowing where my child has run off to. I’ve also had the moments where she is sees something interesting and is about to make a break for it, cars be damned. Heart in my throat, I’ve run faster than I ever thought I could, and I’ve been lucky.

We don’t have to rely on luck though. Not when there are tools like the ones above that we can employ,

a. Project Lifesaver: connected to a regional saving service (ours is the local fire department). Check it out through the link there.

b. Service dogs: I had a hearing dog and my dog ended up helping me tremendously with my bolting daughter. Kids with Down syndrome, autism and other disabilities qualify for a service dog, so it’s worth looking into your child having their own dog.

Good luck, and if you have any questions, please don’t hesitate to reach out. If I don’t have the answer, I’ll refer you to someone who will.

I’m a career counselor, teacher and blogger. Hawai’i based global nomad. Deaf single mom to 3 (one with Down syndrome, one gifted 2E), I’m a cat-loving Trekkie who wants coffee hot and black.

Scroll back to top