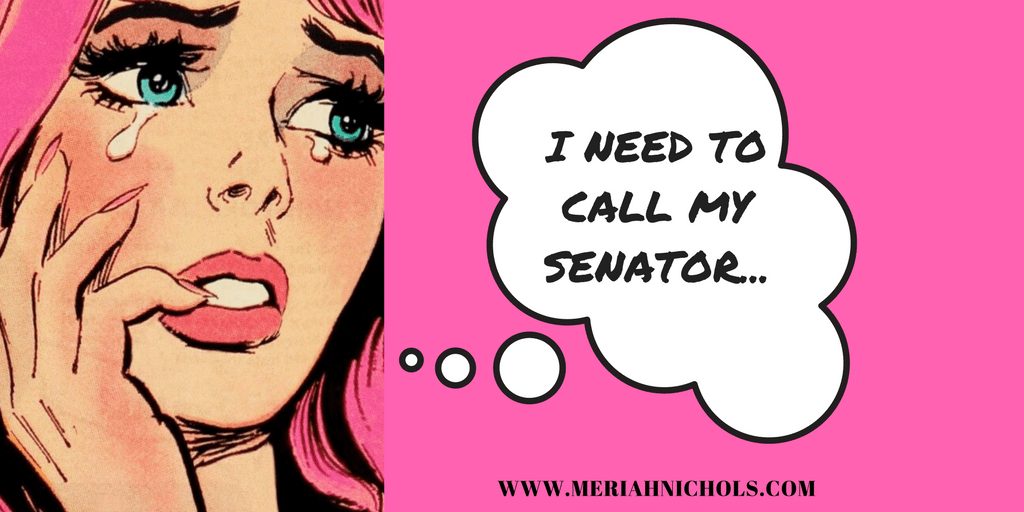 The rules are being changed behind the scenes and roadblocks removed. The plan is to put it all together in one big amendment and substitute it for the House version very quickly on June 26 and go straight to floor for vote. No further discussion allowed, no additional amendments.

Funding will wither away year by year, waitlists will grow even more, and people with disabilities will have less opportunities to contribute, be independent and healthy, and will have a lower quality of life.

But make no mistake about this – Medicaid DOES NOT just serve those of us with disabilities! Even if you don’t have a disability, even if no-one in your family or circle of friends has a disability, you are probably going to need Medicaid at some point in your life. Read this for more. So don’t just do this for us; do it for your own future.

Why the proposed changes matter: Medicaid is a federal-state partnership. With the changes that have been proposed (blocks, caps and complete eradication of some parts), the federal government is essentially pulling out of the partnership. The cost of programs, supports and healthcare will be placed fully on the states, which financially strapped states will not be able to meet.

What to do: When the bill is finished, it’ll be sent to the Congressional Budget Office. It’ll take CBO about two weeks to evaluate and score a draft bill. Senate Republicans then want to vote on the bill before the July 4th recess.

We only need a few Republicans to break from party lines and be prepared to vote against bill. This needs to happen before June 23rd.

But what do you do if your own personal senators are not on either of these lists?

“A member of Congress’s phone number is for constituents, not for the general public. Leave those lines open, and instead look up the office for the position they hold. I can’t seem to find a number like this for Mitch McConnell, but there is a phone line for the Speaker of the House that is separate from Paul Ryan’s regular number. And instead of bugging Nancy Pelosi, write or call the Office of the Democratic Leader. Each committee has its own contact information as well. You can call either leader of the House Intelligence Committee, for example, without having to clog up either Rep. Nunes’s or Rep. Schiff’s constituent phone lines.”

Thanks to HuffPo for picking up this piece:

Medicaid is Getting Killed. Here’s What You Need to Know