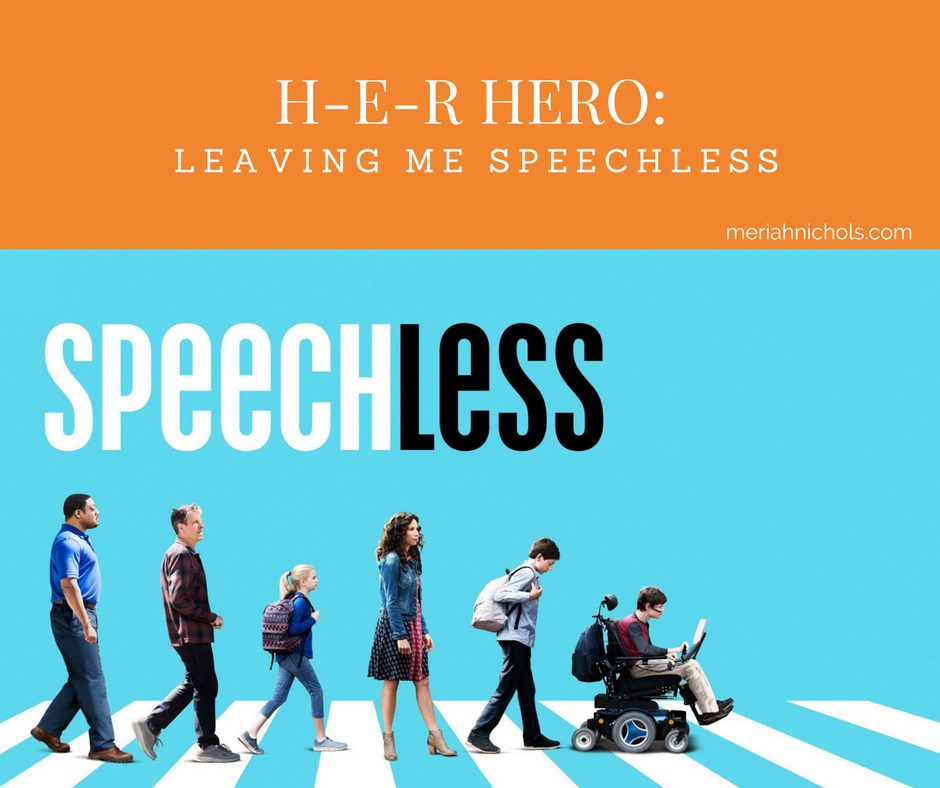 Speechless is a new show on abc. I wrote about it here, and I’ve been following it closely since it started, sort of with bated breath, hoping they won’t mess up their incredible streak in getting it right with the disability narrative.

So far, they haven’t. Let me change that – so far, they have not only managed to avoid messing up, but they keep on doing an even better job, raising their bar only higher, never lower.

This last episode?! HOLY COW. I was hitting ‘pause’ and rushing for my notebook to quote. Un-believable.

“Where the black character is just there to help the white guy on his journey and he speaks some folksy sayings, “I don’t know much about blah blah blah but a man’s got to have blah..” – and you turn around and he conveniently disappears.

Speechless has my jaw on the floor, with where they are going with the show and how far they are getting it right.

A great review of this particular episode is covered on The Tracking Board, but go ahead and watch it for yourself:

On abc (which I had trouble accessing but maybe you won’t!)

2 thoughts on “Speechless h-e-r HERO Left Me Speechless. Here’s Why”