Susie, Budapest, and Getting My Ass Kicked 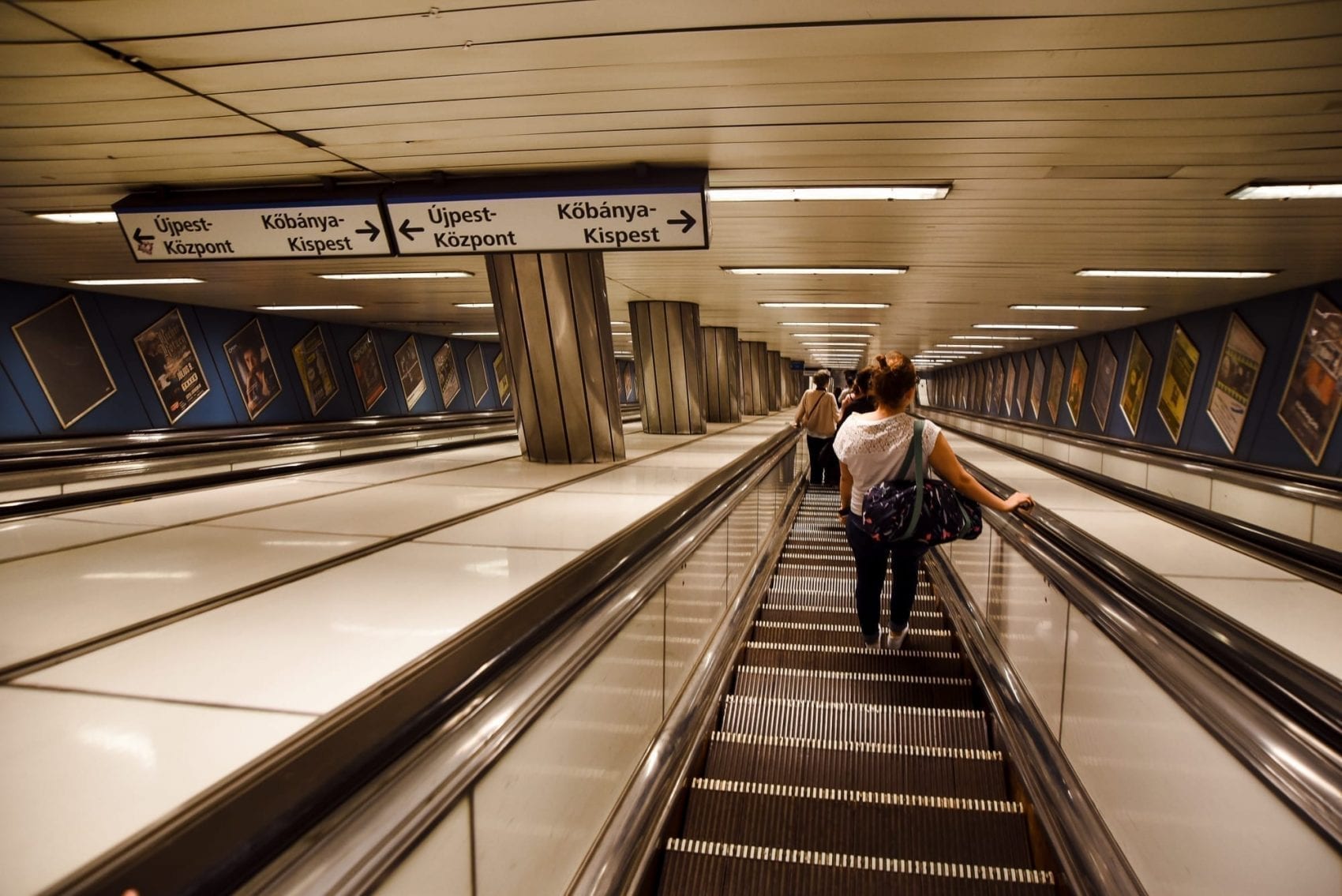 This is a travel post about arriving in the train station Budapest and finding our way to the Air B n’ B through public transport.

Budapest dazzled and intrigued me as we stepped off the train at the Kaleti station.

Like a glorious glass lace building, it’s arches soared and sunlight poured in. It was easily the most exquisitely luxurious train station I’d ever been in, and yet, bordering the hall were distinctly communist-type shops, titled simply by what they sold, “Tobacco” or “Grocery”; “Luggage”. Even the fonts used harkened back to communist Russia, and reminded me of China.

We went to the Starbucks across the street first for the wifi and to get our bearings. I downloaded the directions and address to the Air B n’B we’d be staying at, and tried to condense the bags into the suitcase (because things always seem to spread out after some time on a train).

Once ready, we went back to the station to get to the underground. I had told Susie, who owned the Air B n’ B that we were going to be staying at, that I would be traveling with a heavy suitcase, huge stroller and 3 little kids. She had given me directions to her place. I have to admit that I was really surprised when we got to the metro station and found that there were NO ELEVATORS.

There were only escalators, and I’m talking, escalators that go into the bowels of the earth, like, escalators so long that it takes like, 20 minutes just to ride them going down to the station.

Big heavy suitcase, stroller, all of us with backpacks.

I was nervous. But I while I was probably justified in being nervous about that stuff, I hadn’t even considered the fact that Mack and Moxie had no clue as to how to ride an escalator!

Later on, I was slapping my head, I mean, OF COURSE they don’t know! We live in HILO, HAWAII, where there are two escalators, both located in the airport the kids have never flown from! Before Hilo, we lived in a yurt on the Lost Coast of California, where they sure have bears, mountain lions, scorpions and fields of marijuana but nary an escalator in sight.

Unthinking, I was gripping the suitcase in one hand and the double BOB in the other, and urging Mack and Moxie to get on after me. Mack was screaming and crying, wanting to hold my hand – I was already on the escalator and being pulled away. Right then, an old Hungarian woman grabbed Mack by the hand and led him over and helped him on, holding his hand firmly the whole way down. Another elder did the same for Moxie, and the kids made their way down that terrifyingly long way to the subway.

Once there, we wound around the tunnel to the train car, caught the train and it was at the very next stop that we were to disembark.

I admit I was a little ticked off with Susie as we navigated those escalators once more. I just couldn’t understand why she would recommend we take that whole route, when she knew what we were coming with.

Anyway, I shrugged it off and focused on trying to figure out the next step: the tram.

I asked person after person where the tram was, showing them the directions that had the Hungarian names on it. No one knew, people simply shrugged and said, “no” and walked away. I was feeling like I was back in Communist China (when it was really Communist), really trying to figure something out, pouring sweat as I moved something heavy and met with shrugs and nonchalence.

I found that the only way up to the trams was up a double flight of stairs.

I sighed and got ready to carry it all up when a  little old woman (what is it with these old women?!) came over and tried to lift the suitcase for me. I thanked her and said no and took the suitcase and somehow hauled it up, but was so much happier just have someone care.

Then I went and got the stroller up, and the kids and I found the tram – once I saw all of the stairs to the tram, the narrow doors,  throngs of people, and the tiny margin of time allowed for boarding, I knew I couldn’t do it. I mean, I knew I wouldn’t be able to get the kids, the suitcase and the stroller and myself all in those doors with all the other people around in the 2 minutes or so they give you.

I figured the Air B n’ B had to be close by, since that last stop was only one away. I thought it had to be less stressful to just walk it.

Finding the Air B n’ B

Four hours later, we found it.

Yes, four hours of walking, wandering around in the neighborhood that the apartment was in.

So many times we were in spitting distance, like we just walked on streets just one or two over from the one we wanted… and yet each and every time I showed the address and asked someone where it was, they just said, “no” and looked away.

I was getting pretty frustrated, like, ‘can you even look at the address? Can you even see if you know it? Do you have to just say, “no” right offhand?’

I finally found it, and once there, kind of cried when I saw that instead of it being on the second floor (as Susie had assured me), it was actually on the third floor, and each floor had two flights of stairs – so it was more like 6 flights of stairs for me, my arms, the suitcase and the stroller.

It was a beautiful apartment – high, high ceilings, so much space and a lovely design.

The smell of stale of smoke was overwhelming, so I found the windows – double windows! – And opened them, and loved how the curtains lifted with the breeze and the light came in.

I couldn’t find any wifi though. So I gathered the kids up again and left the apartment in search of someplace with free wifi so that I could contact Susie to figure out what was up.

I found the wifi, a few blocks away in a movie theatre, contacted Susie.

Susie said did indeed have wifi and all kinds of helpful information (including the password) that was kept in a mysterious folder that the cleaning lady may have forgotten to leave… but that I should be able to find the password and network somewhere on the router. Thanks, Susie!

We all walked back to the apartment, walked up the flights of stairs, and eventually found the router, network and password and all was well.

But I kind of hated Susie by that point.

Europe by Rail: The Definitive Guide 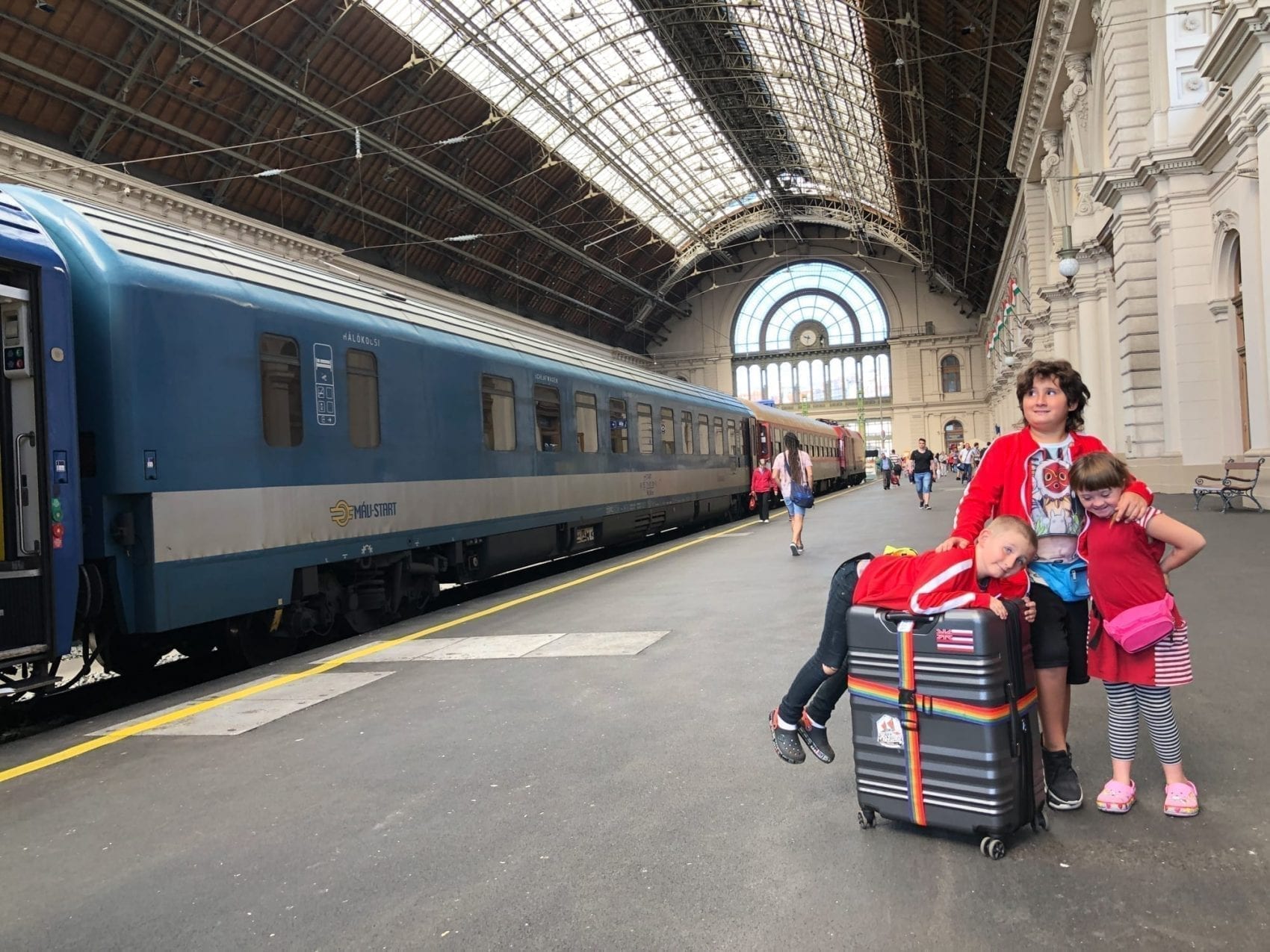 ← Previous
On the Night Train to Budapest 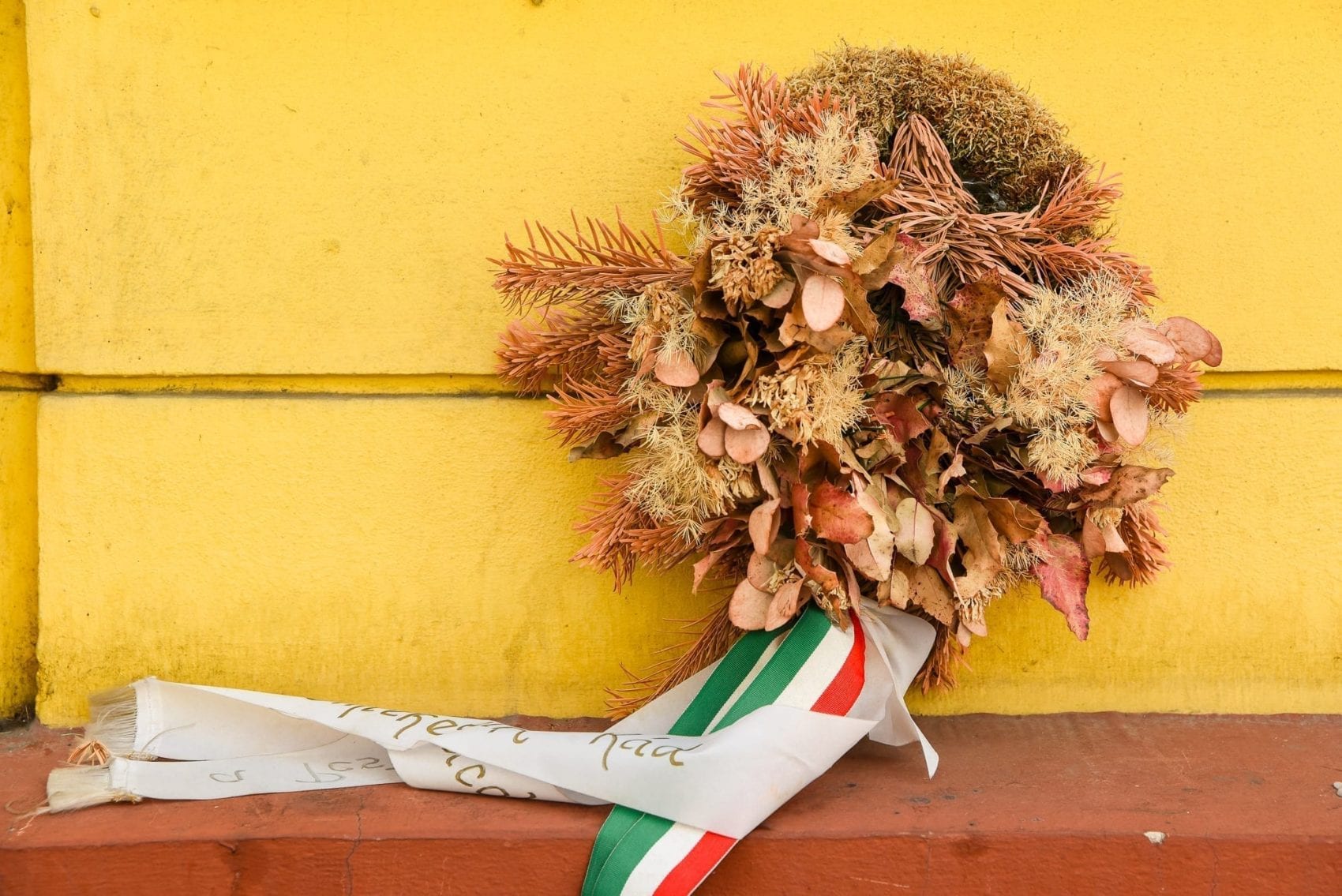 Next →
It Took a Deaf Lady in Budapest
Click here to cancel reply.

Oh, man! I would have been crying either at the tram or shortly after. You must have been exhausted! Hope things are looking up again.