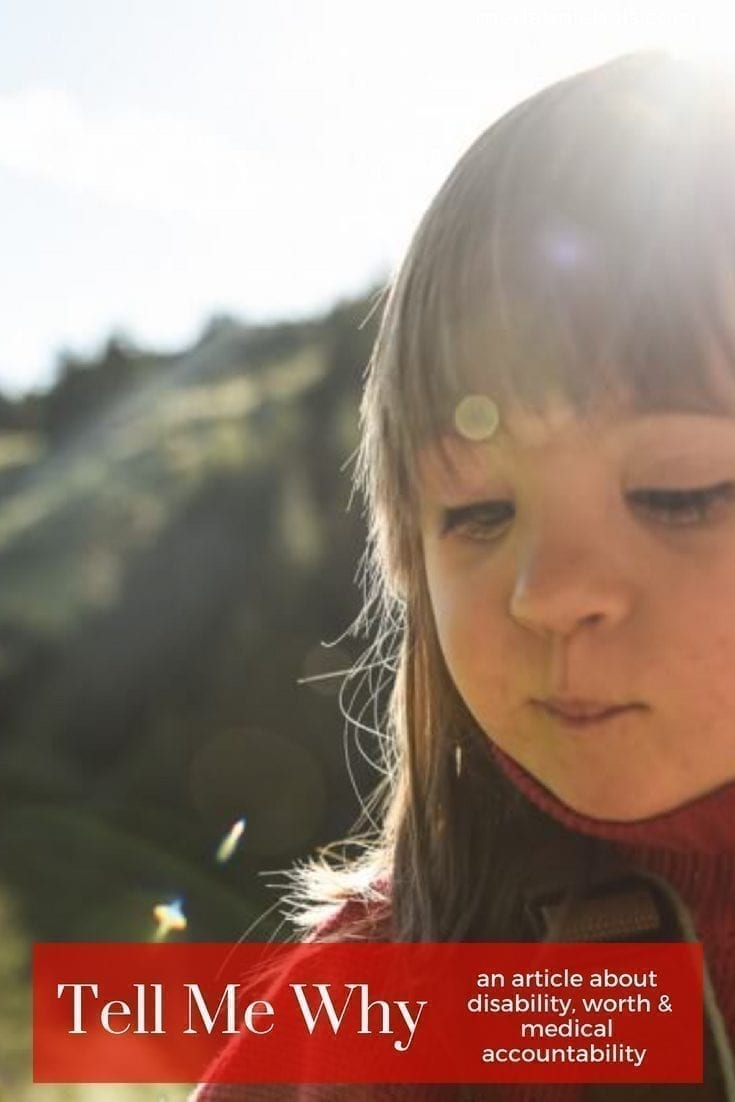 6 years ago I went to the hospital for an ultrasound. I had recently suffered a second trimester miscarriage and needed to know that the Rainbow Baby that I was carrying was alive.

But with fluid separating her skin from her body – a condition called “diffuse fetal hydrops” and with heart holes, the doctor told me that she had a “zero percent” chance of being born alive.

He said she had a zero percent chance. He said that I should have an amniocentesis, not for her as she had no chance of surviving, but to know what was going on so that we would be prepared for a similar situation should it happen with a future pregnancy.

So, I did. I went back in the hospital with my husband by my side, and had the amnio, which ultimately revealed the presence of an extra chromosome. Down syndrome.

By the time she was born, her diffuse fetal hydrops had “miraculously” resolved itself, as had her heart holes.

Moxie was born with no health issues whatsoever.

Tell me why now.

Tell me why he can get away with this, when if I had believed him and followed through on his recommendation to terminate her life, I would have ended the life of a perfectly healthy child – not that there is anything wrong with a child being born unhealthy. It’s simply that by his own reasoning – health – he was completely, utterly and profoundly wrong.

Tell me why doctors can say “zero” percent and not be held accountable.

Tell me how many other babies are aborted based on a doctor saying “zero percent.”

Tell me why a doctor – or any person for that matter – can say things to new mothers of a child with Down syndrome.

Tell me why it’s ever okay to spin out baloney, whip up suppositions and slap “Down syndrome” on it. We’ll believe it because we are all know so little and are scared.

Tell me why so many of us are scared of Down syndrome. Tell me why for every little thing that my daughter does, I still feel a strange urge to talk about it, as if her life in and of itself isn’t something to be celebrated. It needs to be explained, justified.

Tell me why I see this incredible spirit bursting from her, her light, her energy, her glee – and even while I marvel in who she is, I think things like, “if only I had known this when I was pregnant” Tell me why people will jump to the conclusion that she is “high functioning” because somehow so much beauty and moxie are not justifiable in someone who isn’t. Tell me why we care so much about “functioning”

Tell me what that means anyway Because I can tell you this:

“function” as a verb means ‘ to work or operate in a proper or particular way’ and as a noun, it means ‘an activity or purpose natural to or intended for a person or thing.’ Moxie operates in a particular way – which may not be proper. But there is no doubt that her movement in the world is with purpose natural to and intended for her person.

She is exactly who she should be. Everything that I want to say about her sounds wrongly quantifiable or as if I am justifying who she is, what she is about. I want to say how bright she makes our family, how her energy and light indisputably make our world a more enjoyable place to be. I want to say how smart she is, how creative, ballsy and curious. I want to say that I thank God every.single.day for this child, this child that I would have aborted if I had listened to what the doctors had said. And so even today, as I celebrate the day she came into this world. I want to know why, I want someone to tell me why doctors can say “zero” percent and not be held accountable. I want to know why we, as a culture, are so quick to jump on and eradicate what we suppose will be imperfect when it was so very perfect all along. 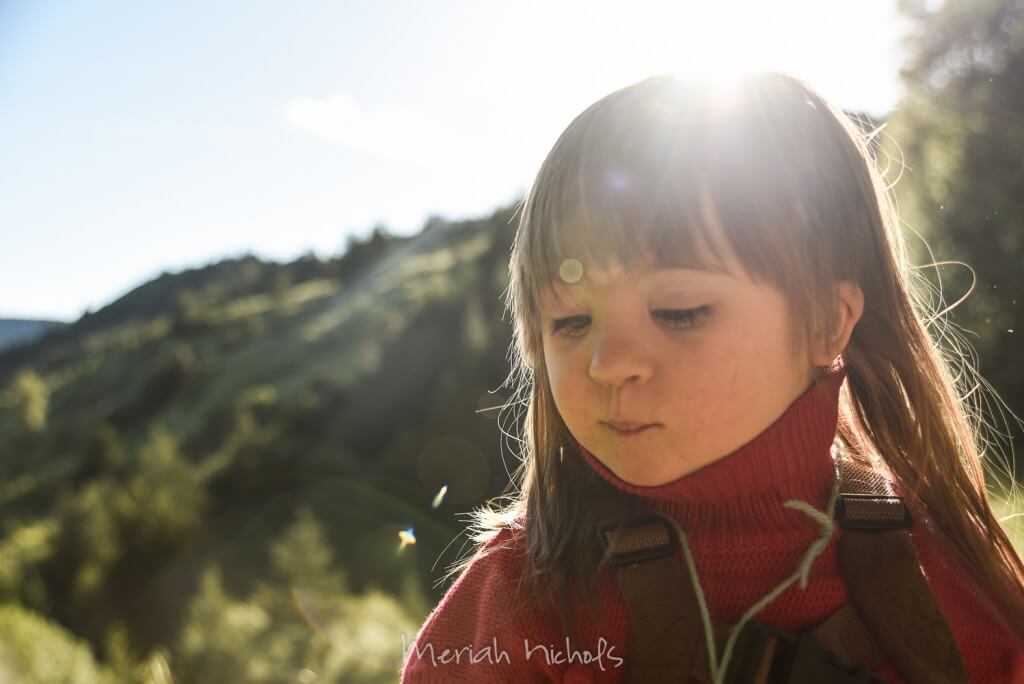 A Few Memoirs from Parents of People with Down Syndrome

[…] all the while bandying words like, “burden” around. I want laws with teeth that with hold these doctors accountable for their […]

Vlogger with Down Syndrome is Busy Changing Perceptions

My Daughter Doesn't Happen to Have Down Syndrome | Meriah Nichols

[…] be were final, held no space in their tone for error, and yet they were completely wrong. They should be held accountable for their words, words which could easily have ended the life of this precious […]

My daughters first pregnancy and my first grand baby: they were told at 12 weeks the baby is down syndrome (with DNA testing) They were ok with that, but then the Dr. said she has bad edema all around her. So she is 99% sure of a miscarriage. We are heart broken. Please PRAY for out little Parker. We want her so bad.

You can't ever be sure. They told me that my daughter would for sure (100%, sure) not be born alive because she had diffuse fetal hydrops. Not only were they wrong, like COMPLETELY wrong, but she was born completely healthy, just with an extra chromosome (with Down syndrome).

Praying for your grandchild.