April is Austism Awareness Month. April is almost over, and I am so, so happy to have Lexi Magnusson guest posting today. Lexi, because her profile picture on Facebook is a kitten with huge, sharp teeth – which I think says a lot about her and her style. She’s a sensitive mama with sharp edges and can snarl. She can also be hilariously irreverent – and sometimes we all just *really* need that, you know? I’ve been grateful to her many a time for making me laugh when all I wanted was dig a hole in the backyard, get in and cry.Thanks, Lexi.

Some confessions. As a teenager, we used to make “he rides the shortbus” jokes. When Carter was just one he’d put bowls on his head and run SMACK into the wall. I called him “shortbus” for a time. I thought I was hilarious.Wrong. So wrong.

Yesterday as I sat in traffic I noticed a mother pushing her small, small child out to a special needs (short) bus. The child didn’t want to go, that was clear. The mom got him on the bus, I watched as she struggled to get him buckled and then quickly left. She hugged her arms across her chest, shoulders slumped, and watched as the bus pulled away. I wanted to leave my car where it sat and run to her. Throw my arms around her and cry and cry and cry. I’m not much of a hugger or a cryer, but this scene took me back to one of the very hardest parts of my life.

That same scene played out in my culdesac when Casey was three. I’d carry him kicking and screaming to the bus. Struggle to get him into his harness and locked in so he couldn’t get out. I’d calmly leave the bus. I’d stand and wave to Casey as he cried and pounded on the window. I’d hold my arms around myself as if they were the only thing that was keeping me from falling to pieces. The first time was the very hardest. I wanted to just drive him to and from school everyday, but I knew that then the fit would be at the school. The scene would be at the school. I wasn’t saving anything by not putting him on the bus. This way, he could be on his way to getting over leaving the house, leaving me, by the time he got to school. I put him on the bus and held it together long enough to watch the bus drive away. I ran into my husband’s arms and didn’t so much cry as WAIL. It made things so real. So solid. So permanent. He walked me in and held me on the couch until I had calmed down to the point where I was only ugly crying a little. Too worn out to put more energy into expressing the pain that had a firm grip on my insides.

The image of Casey crying and pounding on the window is one that will haunt my dreams for the rest of my life. My non-verbal three year old was communicating to me. “Get me out of here!” and I couldn’t. I couldn’t just grab him and stop him from being so sad.

It went on for months. After the first day, I was, for the most part, on my own. Lance had to be at work. I did everything I could think of. Everything that the therapists and teachers said to that would help. We made “social stories,” I got him a toy school bus (they don’t come in short versions), we would prepare all morning. But each day the scene would be the same. Get him on the bus. Tie him down. Say goodbye and watch the bus drive away while just barely holding it together. After the first week of sufficiently scaring the hell out of my other two children, I’d only let myself cry between the time the bus drove off and the front door. I had to pull it together. I had to be tough for the two little boys in the house (who really didn’t give a damn, to be quite honest. They were too little to understand. But I was still stuck in thinking I had to fit into some mfing SN parent mold). 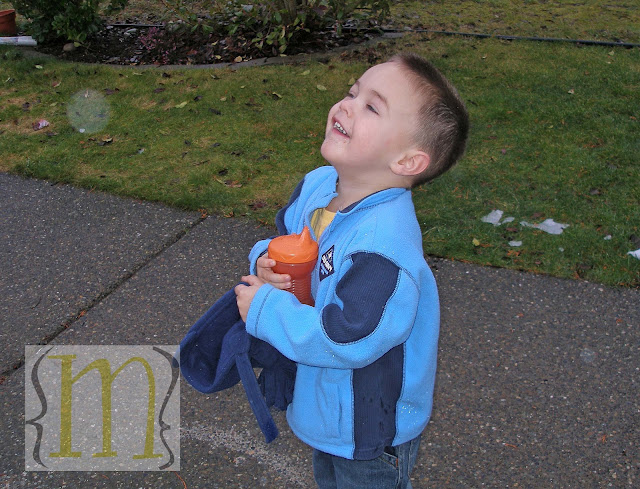 About three months into it was the first time he got on the bus without crying. It took bubbles and the world’s best bus driver. Every morning we would go out and blow bubbles until the bus came. Then the bus driver would throw open the doors and clap and yell, “YAY! Casey’s here!”There are no small jobs when it comes to working with Special Needs kids.

Yesterday the CDC released its latest findings on the prevalence of autism. When we did the walk for Casey, the prevalence was reported at 1 in 150. Even that number made me sick. It meant that 1 in 150 kids were struggling like Casey. It meant that those mothers had to deal with the pain that I had gone through. It means those kids getting on short buses while their parents struggle to hold it together. While they struggle to hold EVERYTHING together. To fit into some mold that no parent can manage.

I didn’t tell anyone how hard everything was then. My mother would call and ask and I’d tell her that “Casey is doing SO well!” I thought that’s what I had to do. I would act like I was super tough. No one saw those tears. In fact, this is the first real time I’ve ever written this out or even spoken about it in length. But it’s WRONG. We need to talk. We need to say that it sucks and that we are sad. We need to be able to grieve, and grief is not too strong a word. Because it’s hard. It still is hard.

Last night I tried to write out Casey’s diagnosis story. I got about an hour into it and couldn’t take it anymore. I went upstairs and laid next to him in his bed. He wrapped both of his arms around me and hugged me tight. I cried for a long time. He was unaware. He was telling me all about the butterflies he wanted me to order and the plants that I needed to order along with them. All the while he was hugging me tight. Like his insides knew that I needed that, whether he was aware of it consciously or not. I wasn’t just crying for me. I was crying for the moms who have or are in the process of getting their child diagnosed right now. The moms who will have to put what Could Have Been aside for their child and face What Is. That’s the hardest part.

And What Is is tough. It’s sad. It’s exhausting. But it’s good, it’s so good, too. Those times where you feel as though your soul cannot take any more pain will make the times that are good SO MUCH better. I promise you that.

After my daughter Abby, who has Down syndrome, turns three there will be two special needs buses stopping at my house in the morning. Two. Casey and Abby are too far apart in age to ever be able to ride the same bus. I’m not sure how I feel about that yet.

But after all of this, I do know that I don’t think it’s funny.

Blog Directory: http://autismblogsdirectory.blogspot.com/
The blog directory is HUGE. To see Lexi’s favorites, look who links up over at the Special Needs Ryan Gosling Meme’s.

..and about the Special Needs Ryan Gosling Meme: it’s done every Friday at Adventures in Extreme Parenthood, it’s a great way to “meet” other members of the SN community….not limited to parents of children with autism)) http://www.extremeparenthood.com/search/label/Ryan%20Gosling