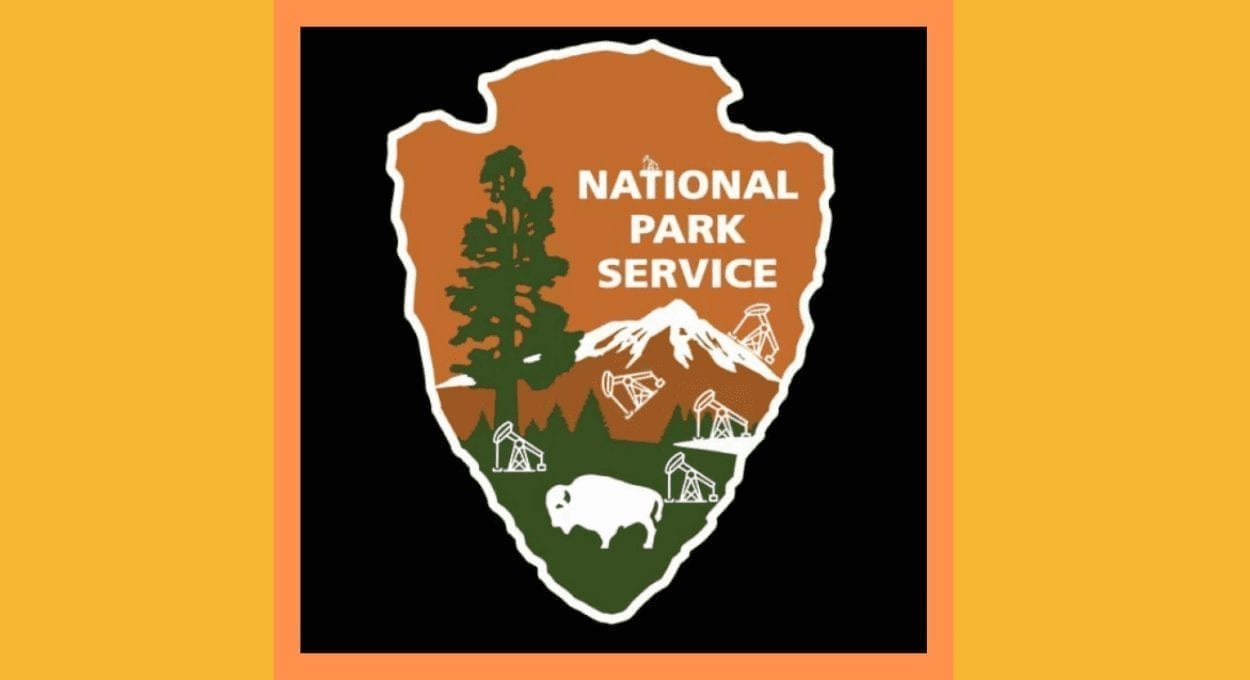 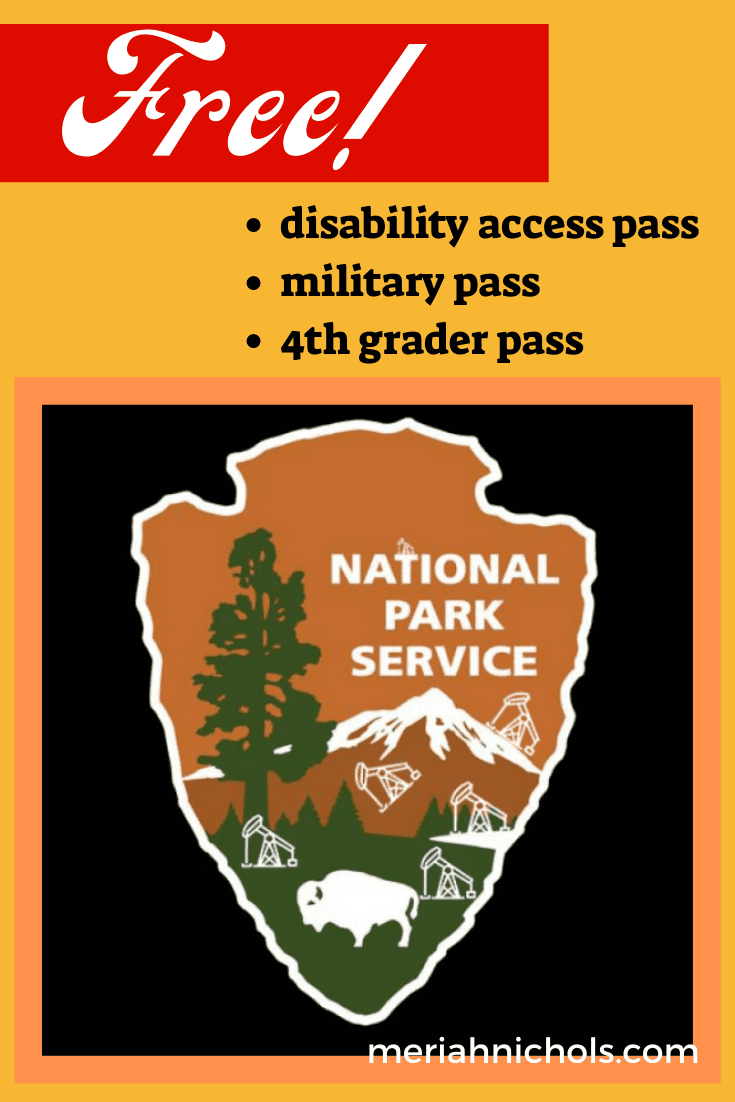 This is about how to get a FREE lifetime National Parks Disability Access Pass.

If you are serving with US Military or a 4th grader, you can also qualify for a free annual Parks Pass, and this post will show you how to do it!

Yosemite is a National Park, as is the Grand Canyon and Yellowstone and Zion. Those are probably the more famous parks, but the National Parks include caverns, the redwood forests in Northern California, and the Volcano National Park in my current backyard.

Islands in American Samoa are included, as are areas in the United States Virgin Territory.

A complete list of all of the National Parks is linked here.

Each entry through Yosemite was $35; to and from Mammoth Lake for the hot springs was $70.

With us being so broke, that really added up!

So I asked at the entrance gate about any kind of disability access pass, or disability discount for the National Parks.

Like I was saying in the video, the National Park ranger at the gate told me that there was indeed a free lifetime disability access pass, and that, as a deaf individual, I could apply.

We wanted the discount immediately of course (no more $70 to and from the hot springs!), so I told him that my daughter has Down syndrome; would it count for him to give her the pass, based on her visible disability?

He said, “sure!” He took at look at her, saw that she has Down syndrome, and gave us the free lifetime disability access pass then and there.

So How Do You Get Your Pass?

You can get your disability access pass in person at a national park that issues them, or through the mail.

Did you notice that I said, “at a national parks that issues them”?! I said that because not all of the National Parks issue the them.

Check first to make sure that the national park that you want to visit actually issues the passes! Click here to check the list here of the parks that issue passes, or click the button below:

Apply in Person or By Mail

If you apply either way, you need to have disability documentation.

If you apply by mail, you print out the application form and mail it in along with $10 for processing and your disability documentation.

What Kind of Disability Documentation Do You Need?

You do need to prove you have a disability in order to qualify for the access pass.

If you are either getting this pass for yourself or for your child, you need to prove that the disability exists and is bona-fide (so, fakers, beat it!)

You need a photocopy of PERMANENT disability documentation issues by Social Security Disability, Office of Veteran Affairs and/or a licensed physician (you can only get the pass if your disability is permanent! Spraining your foot won’t qualify!)

In my own case, we showed up at Yosemite National Park and I asked if I could apply by dint of my deafness. My hearing aids would not qualify as proof of disability; I needed something from my doctor.

Getting my own qualification would have meant a 4 hour drive back to the Bay Area, a pop in to the doctor, and 4 hour drive back, which is why we went with applying for the pass through Moxie. That they accepted her without any documentation was great, but only because Down syndrome can be such a clearly visible and recognizable disability.

4th Graders can access all National Parks for free over the duration of their 4th grade school year through the following summer (so, the pass runs from September-August).

It’s available for ALL 4th graders in a school in the U.S., including home-schooled and free-choice learners who are 10 years of age, with a valid Every Kid Outdoors Paper pass.

How to Get the Free National Parks 4 Grade Annual Pass

Current U.S. Military personnel and their dependents can get a free annual National Parks Pass.

They must present, in person, a U.S. Department of Defense CAC identification or DD Form 1173 dependent identification and are in the following military personnel classification:

More details and FAQ about who can get the pass is linked here.

Apply for the Pass Via Mail

Other Benefits for the American the Beautiful Passes

The Disability Access Pass, the Military Pass, and the 4th Grade Pass – all of the America the Beautiful Passes-  provide access to the National Parks and also to the 2,000+ federal recreation sites.

This pass saved us $70 for one trip alone!

Now that we live in Hawaii and the Volcano is in our backyard, the pass provides an awesome way to go regularly, hike, and have some fun at the crater.

Another totally random benefit I’ve found with the pass? While traveling in Europe this past summer, I needed some kind of card or proof of disability to get the Legoland Disability Pass – the only thing I had was the America the Beautiful Disability Access Pass – which they accepted! 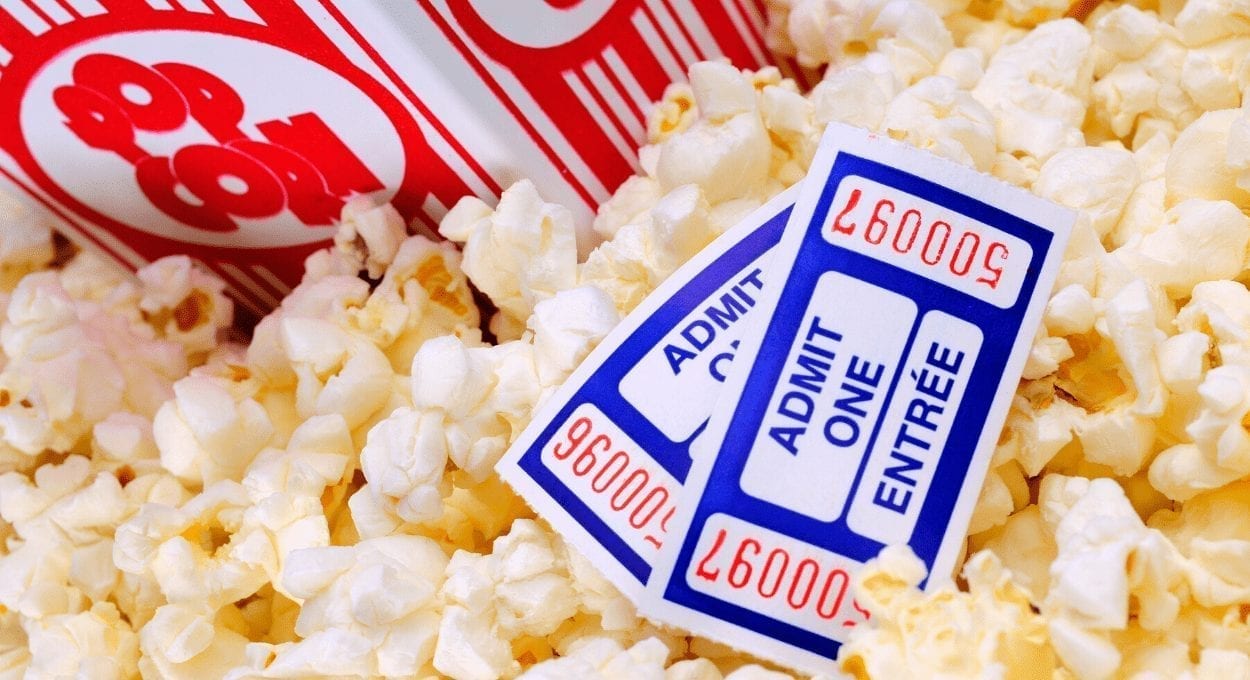 Next →
How to Get a Free Movie Disability Companion Pass
Click here to cancel reply.