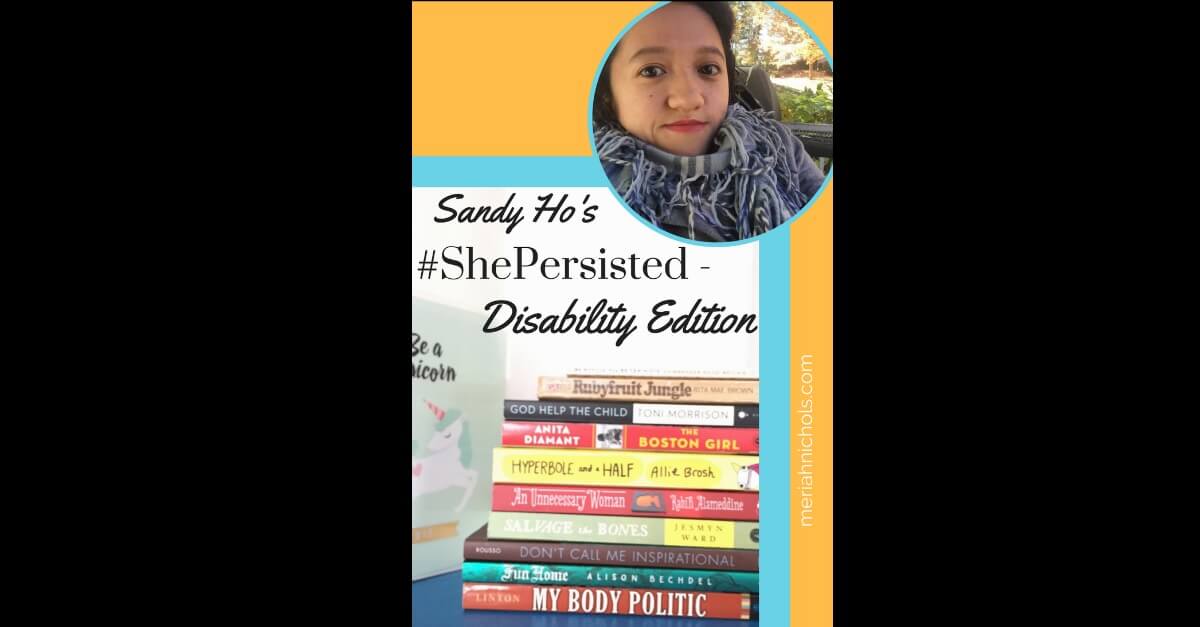 As a proud Massachusetts resident I absolutely got the full-body tingles when Sen. Warren did what she does best: standing up for justice in the face of oppressive bullshit.

You’ve all heard it now about how “…Nevertheless, she persisted.”

Empowering words these days, and if you’re anything like me you’re probably looking for more reading material to quench your souls! So, me being me, I figured I’d share a list of books with the theme “she persisted.”

Below are some books I’d highly recommend where women weather all manner of social, natural, and unnatural forces with panache.

1.) We Should All Be Feminists by Chimamanda Ngozi Adichie.

If you haven’t heard of Adichie before, you need to HURRY to your nearest library or bookstore to get any words by her. But this small chapbook is based off of her TEDx talk where she tells the audience a story that feels like we’re totally swept away elsewhere.

Reading her words is what I think the experience of cramming your brain full of brightness without feeling like you’re learning is. In my perfect world it is what being a feminist would be like, easy and bright instead of angry and burdensome.

Until that day comes we have Adichie’s powerful simplicity to help propel us forward.

I was given this well-worn book by my friend Cindy (who will evil side-eye me for subtly revealing her elder status..). When I first got it I thought “cool a real vintage lesbo novel!”
This was my first Rita Mae Brown book that I’d ever read and immediately I knew I wanted to be best friends with the spitfire main character, Molly Bolt. Molly is an adult in miniature when we first meet her.
Wielding a snarky tongue that resonates with my twisted humor, Molly has the kind of personality that could only otherwise have been developed after years of struggling to figure out what she wants. But it’s not just that by the 6th grade Molly realizes she is a dyke that makes this book revolutionary – it’s that in 1973 when this book was published, I imagine Rita Mae Brown did so with a proud middle finger to the patriarch.

3.) God Help The Child by Toni Morrison.
All of the women in this book have flaws, and it’s not often in literature that we find women carrying these flaws throughout their lives. Instead, often times the tropes for women are dull and stereotypical. Usually women are either needing to be saved, or she is burdened by her family, or she is a dependent, or she has some epiphany about love and how it doesn’t define her.
But the women in God Help The Child are complex because they are defined by blue-black skin color, social ideas of her skin color, her mother’s shame about her skin color, and the histories of the implications of her skin color that existed before she did.
The realities of women are hardly skin deep and Toni Morrison packs a punch to deliver it all.

4.) The Boston Girl by Anita Diamant.

Okay so, maybe slight bias including this one here because I am from Boston after all. But I think more than ever that knowing the history of how women were treated is vital to our progress.

This is a story of a grandmother re-telling to her granddaughter what it was like to grow-up as a Jewish girl in Boston’s North End.

It’s not just a quaint grandmotherly story as we learn about how her family lived in the tenements, the tactics women at the time used to resist!, and how immigrant culture has shaped generations of this family. This is a story that makes the political personal, and the personal into a deeply entrenched truth that cannot be ignored by posterity.

5.) Hyperbole and a Half by Allie Brosh.

This is a graphic novel with some of the most insightful comments on mental illness, and depression that you will ever read. A

lso, it has lots of color and stick figure drawings that remind us you don’t need to be all packaged together with a bow on top, and then present yourself in a neat easy-to-digest manner to be taken seriously.

So that’s why I included this one on this list because sometimes we all need to be reminded: screw expectations, this is how I’m going to wave my freak flag! These squiggly animated drawings convey a range of emotions that will often take you by surprise. You know how they say, a picture says a thousand words!

6.) An Unnecessary Woman by Rabih Alameddine.

When was the last time you read a book about how a woman survives the Lebanese Civil War? ‘Nuff said.

This is not your typical war story. I actually put this book down the first time I got it because I couldn’t quite get into it on the first try. But then I came back to it almost two years later, and I’m glad that I stuck with it.

The main character is Aaliya who is in her 70s, and has spent her adult life translating works into Arabic. Why? Because she wants to, and that is how she spends every New Years day – choosing a new work to translate. This is a story about one woman’s love of literature, and ultimately how women band together to bring out the best in each other.

7.) Salvage the Bones by Jesmyn Ward.

The writing here has stayed with me for years after I’ve put this book down.

Esch is a pregnant teenage girl who is largely left to her own devices in the midst of her father, and brothers in a rural impoverished town in the South. In an environment that is shaped by the men she is surrounded by, and the side culture of dog-fighting – Esch soon realizes that a male-dominated world is not the only thing in her way.

I don’t usually cry when I read books, but I sobbed through much of this by the time Hurricane Katrina wallops their home. How does a family survive in this situation, and more importantly how does a young woman survive for her family?

8.) Don’t Call Me Inspirational: A Disabled Feminist Talks Back by Harilyn Rousso.

This book will always have a special place on my bookshelf, and Rousso’s words will forever be emblazoned in my soul to keep my crip pride fierce.

This book first delineated for me the differences between living with a diagnosis, and identifying as disabled.

What may seem like a simple shift in paradigm for me has actually become my lifelong commitment to social justice and activism. Rousso throws the messiness of disability life on the pages to flip the social convention of typical disability tropes in literature – so the only thing readers are overcoming are their own misconceptions.

It’s clear that being a disabled woman is never going to be easy, but knowing there’s women like Harilyn Rousso who live the life unapologetically is equal parts empowering as it is humbling.

I doubt I really have to write much about this one as most probably have heard of the Broadway musical.

In a home environment that was equal parts morbid as it was traumatizing, Bechdel grows-up discovering herself as much as she does her late father.

It isn’t often when we see relationships between fathers and daughters being analyzed in such detail with such sadness, and humor. By the time Alison realizes her own lesbian identity, the elephant in the family that is her father’s closeted life is all but flung into the open.

I think that the way Bechdel has been able to develop her family’s past into a multi-layered narrative is a skill that I cannot even begin to imagine having the patience to do. It is so often those closest to us that we have such a difficult time seeing objectively, and under more than one lens.

This is a memoir of a woman who on her way to a Vietnam war protest from Boston to D.C., and winds-up in a car crash paralyzed.

But stop right there because what begins as a tragic political act only catapults readers into the throes of disability activism. Simi Linton is hospitalized and sent to rehab at a time when none of the patients were taught how to be disabled, only how to manage their injuries.

Linton takes us directly into the heart of grassroots organizing as she schemes with other patients in the rehab center to redefine sex, we go onwards to the Society for Disability Studies, and then gradually to a life of how her personal is political.

← Previous
Behavioral Issues and Down syndrome 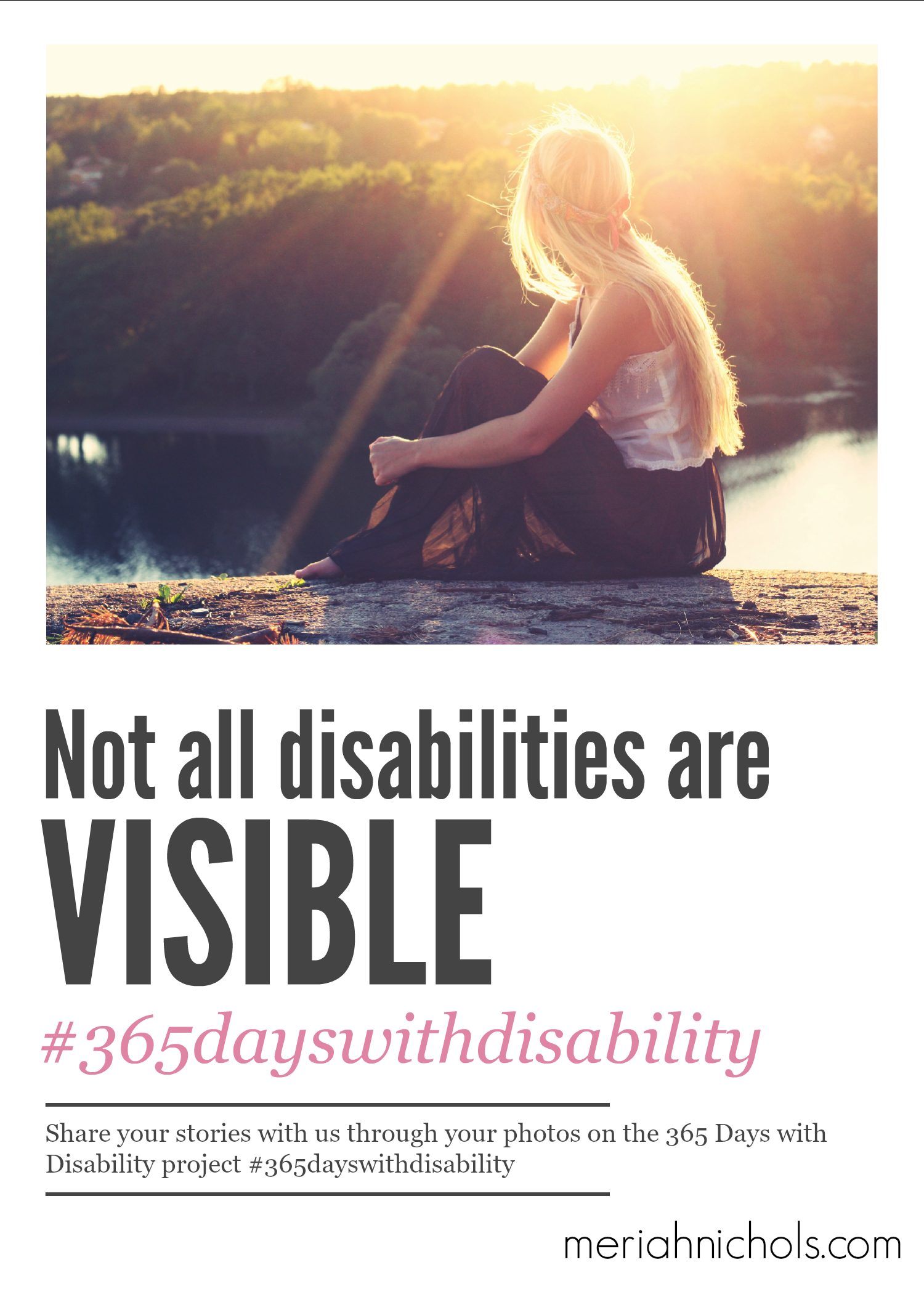 Next →
365 Days with Disability: Features!
Click here to cancel reply.