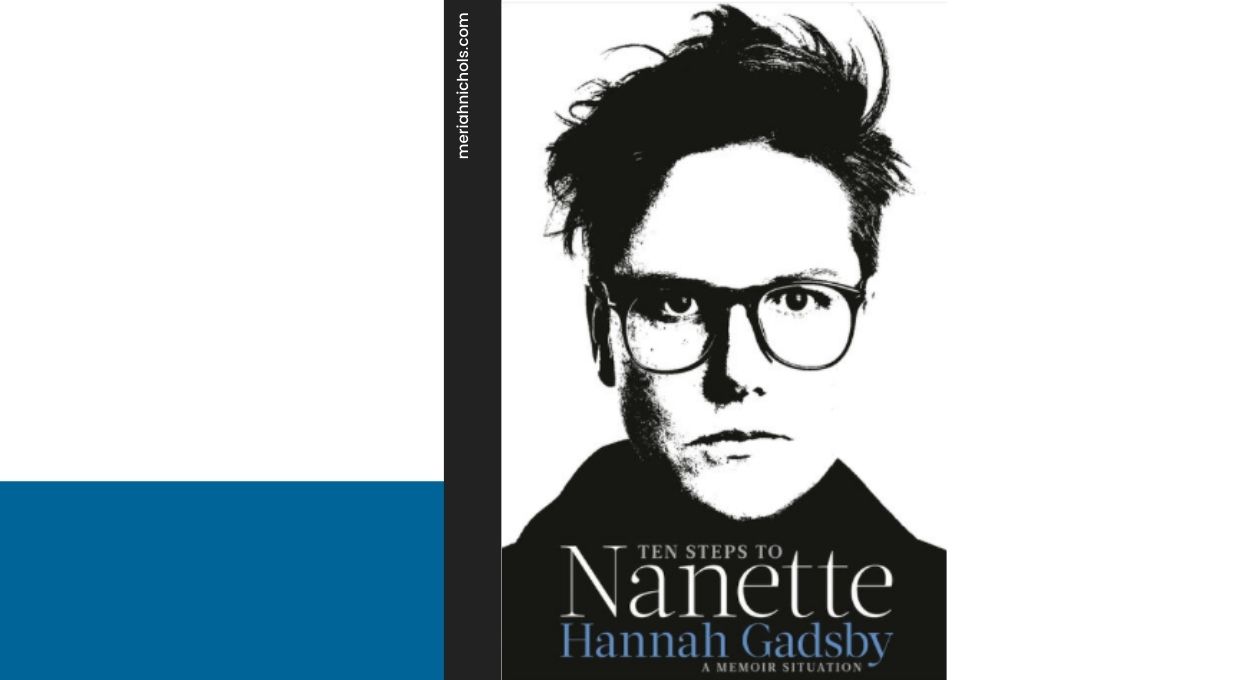 This is essentially a review of “10 Steps to Nanette: A Memoir Situation” by Hannah Gadsby. I read this review in my podcast; click the link below to listen!

Nanette is a stand up comedy show by Hannah Gadsby. It was produced by Netflix, and that’s where you’ll find it. The trailer is here:

Nanette is ostensibly Hannah Gadsby’s piece on quitting comedy. It’s searing, intelligent, funny, deeply personal. It’s also how I think you should start with the reading of her book: start by watching Nanette. Watch it and then open the book. Read the book, then go back and watch it again.

The entire show takes on a completely different flavor when you understand all of the contexts and backstory.

10 Steps to Nanette: A Memoir Situation

This whole book is the backstory to the show, Nanette. The “Memoir Situation,” as she calls it, is about Hannah Gadsby’s childhood, her family. Schools. It’s about the slow recognition that she is a lesbian, it’s about her understanding of her self. It’s about her Autism diagnosis. Her mother. How she came into comedy. Her trauma.

Gadsby starts her book with a glacially slow pace.

It’s was so slow, to be honest, that I paused around Chapter 2, wondering if I should proceed at all. I switched back to the Bhagavad Gita until my friend Sally reminded of how (the show) Nanette was paced, with the super slow build to quick, fiery end.

And that is exactly how this book is paced. Super slow and meandering until it starts gaining speed, then it’s a just a snowball rolling down a hill. A veritable avalanche that’ll lift you up after crushing you with it’s wisdom, insight and powerful writing.

10 Steps to Nanette is structured around years. It groups things together and it all feels really sensibly laid out. Since Gadsby’s around my age, it was easy to feel connected with her just through her remembering what was popular in those years. Her growing up in Tasmania though, where it was illegal to be gay, was striking. As was her account of the process of the gay rights movement there.

This was the part of the book that I enjoyed the most, hands down. I craved it to be honest; I needed to hear this part of her story in greater detail. And she did not disappoint!

She dove on in and also explained the lead up to her diagnosis, her feelings about it (- relief!), her mis-diagnosis (so many! and haven’t we all had that?!). She described the aspects of both her dysfunction and function, what works and what doesn’t, and importantly, how her understanding of her Autism helps her accommodate herself. The blue on the stage? Intentional, accommodating. The teacup? Same.

She takes a moment to talk to (angry) parents of kids on the spectrum who are not supported, reminding them that because she appears to have things together doesn’t mean she is the enemy; it means that we need higher levels of support. We’re all in this together (only she says it much better than I paraphrased).

On the Subject of Trauma

Hannah Gadsby is wise and deep – which coupled with her propensity to analyze stuff, leads to a lot of “pause” moments in the book, like

Trauma won’t leave you alone until you feel safe. And safety is not something an individual can summon on their own. Safety is not a gun. Safety is being able to trust that those around you want to protect you from harm, but if those around you don’t believe you are like them, then they will focus on the discomfort that you make them feel, and that discomfort is not a safe space.

She goes on with,

She talks about the the tangles of internalized shame, and how harmful and hurtful that is. She uses the metaphor of the onion, about how her mother always said that the onions would be part of the soup, but there came a point in which she was realizing that her onions weren’t getting cooked, weren’t blending in, were still raw and making her cry.

Personally, I felt seen with 10 Steps to Nanette. I felt like all this stuff – the shame, the trauma, the autism pieces – really spoke to me and my own experiences. It’s like it all compounds. You have the experience, you feel the feelings, and wonder why you aren’t getting over it, why does it all still hurt? And hurt and hurt and hurt?

I loved what she had to say about exclusion,

An air conditioner unit is not the same as leaving someone out in the cold. Exclusion is not a simple act, when you say to a person, ‘no, you cannot join in, you do not belong in this community,” the end of that sentence is not the end of the story. The ramifications are traumatic to the individual. To actively isolate a fellow human being is nothing short of structural violence.

In talking about her own experiences and in naming her feelings, Gadsby normalizes them. In normalizing them, the rest of us who also feel these things – or have experienced similar forms of trauma – feel validated, included. And that feels so good.

10 Steps: listen to it on Audible (with Gadsby reading), or read the actual physical book. Amazon affiliate link here: https://amzn.to/3NCCMMy

When Gillian Marchenko asked me to review her memoir, Sun Shine Down, I hesitated. Gillian, you see, is my friend. I like her. I think she’s an awesome person and I have come to an age in which I realize that just because someone is your friend and you like them does not mean that you… 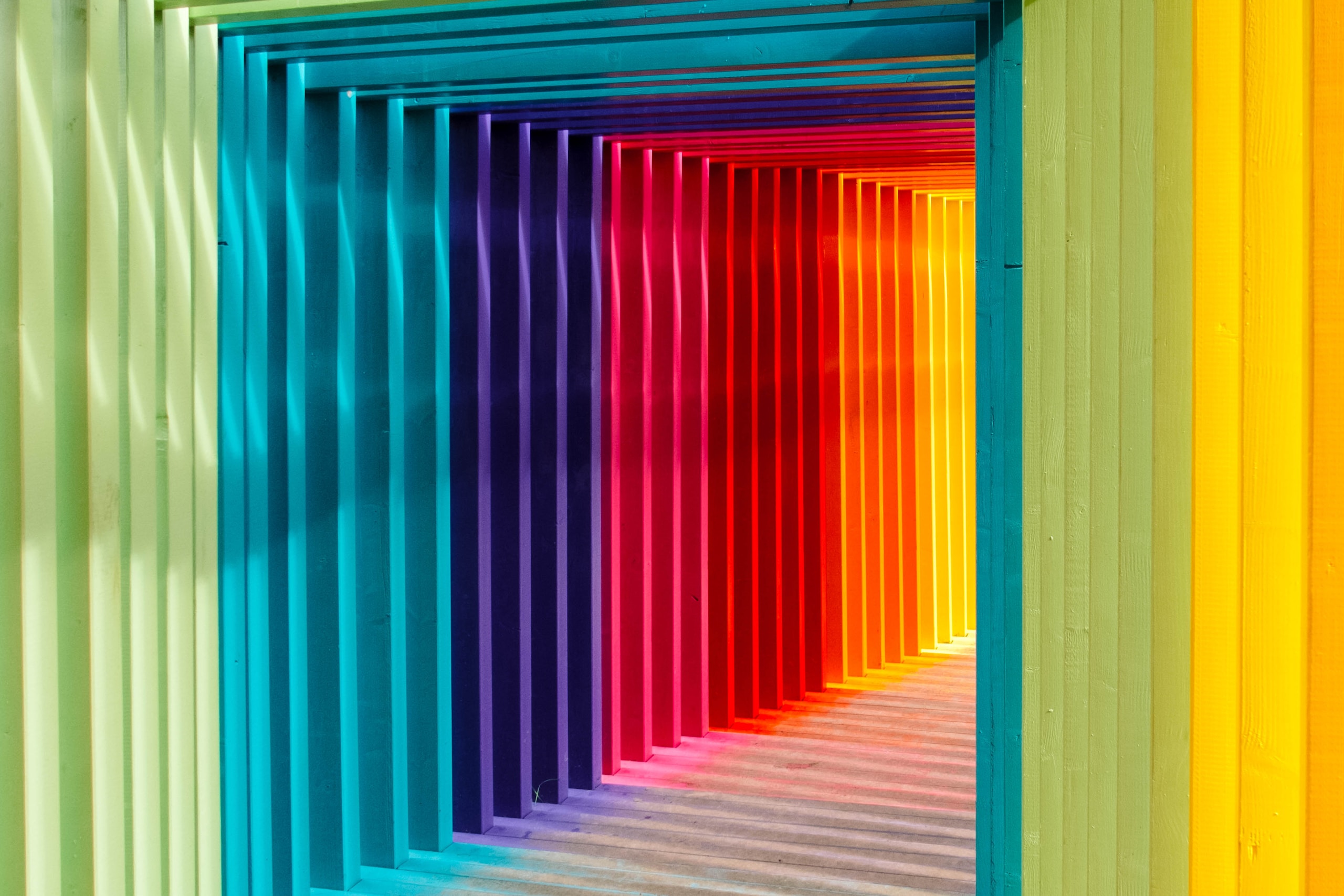 Autism Awareness needs more attention. We are beginning to understand Autism as expressed in girls, and Autism is easily confused with other disabilities 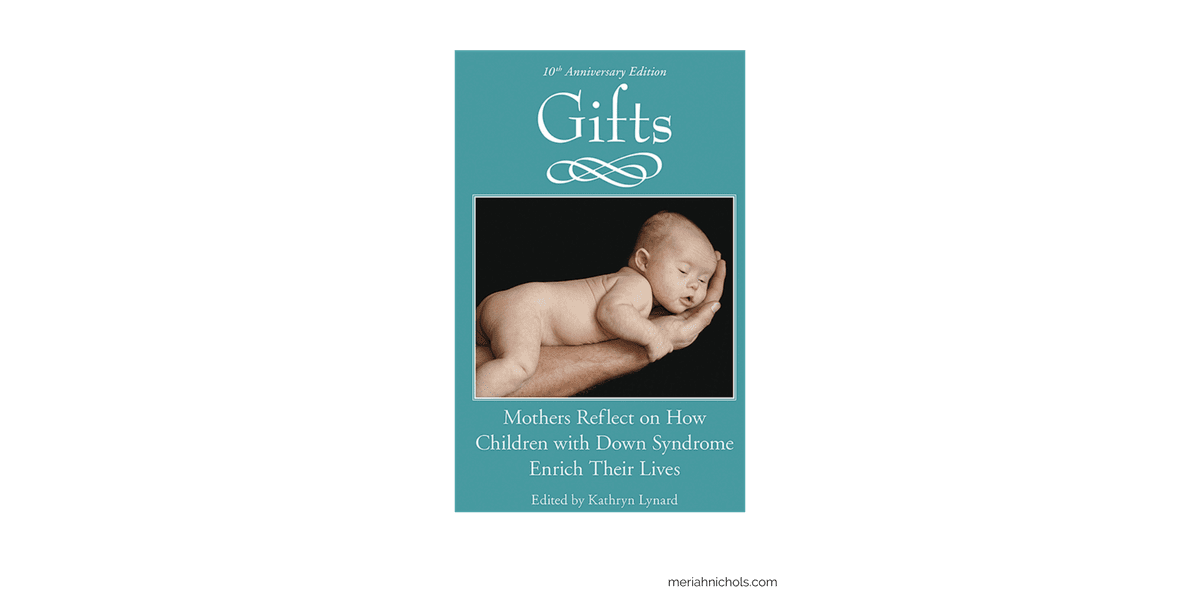 The 10th edition of this stellar book has just been released and I am honored to be a part of it. 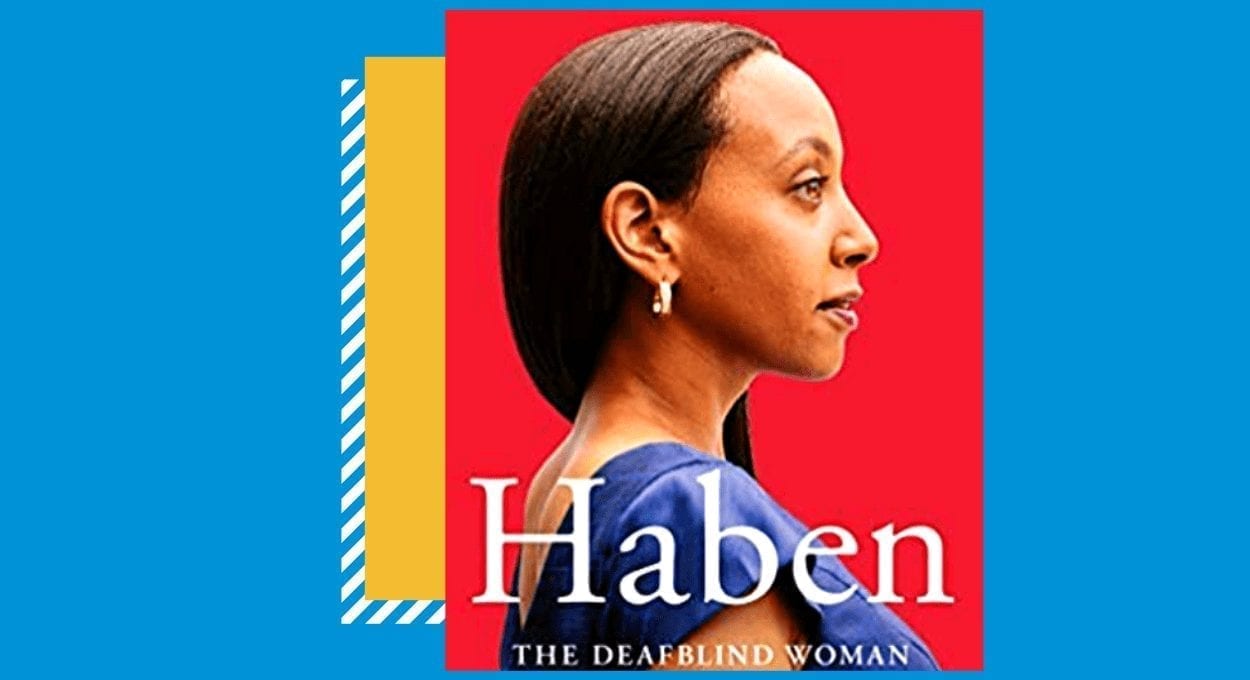 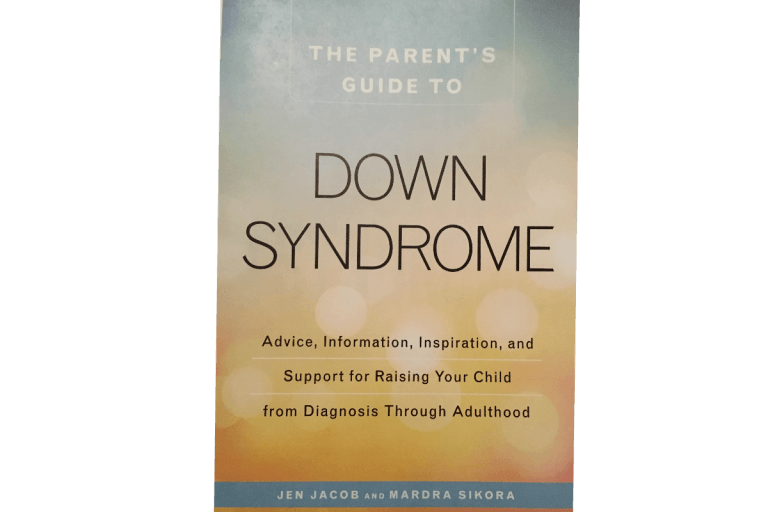 “The Parent’s Guide to Down Syndrome” is exactly that: a book that is BY parents and FOR parents of individuals with Down syndrome. It is a comprehensive grassroots effort that shares a wealth of experience and diversity about pretty much everything a parent will benefit from knowing.