Billie Eilish In Sharp Focus: The World’s A Little Blurry 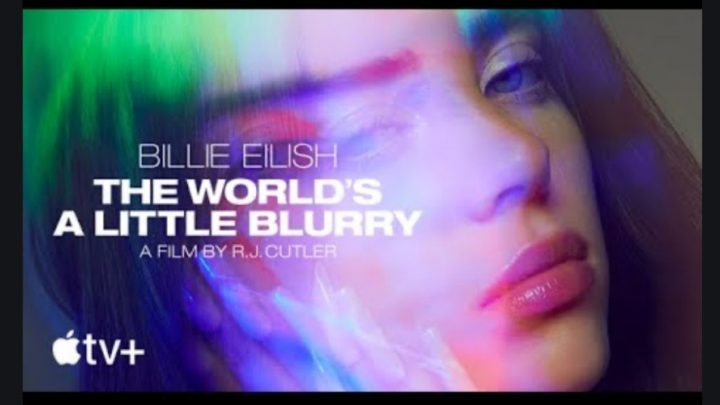 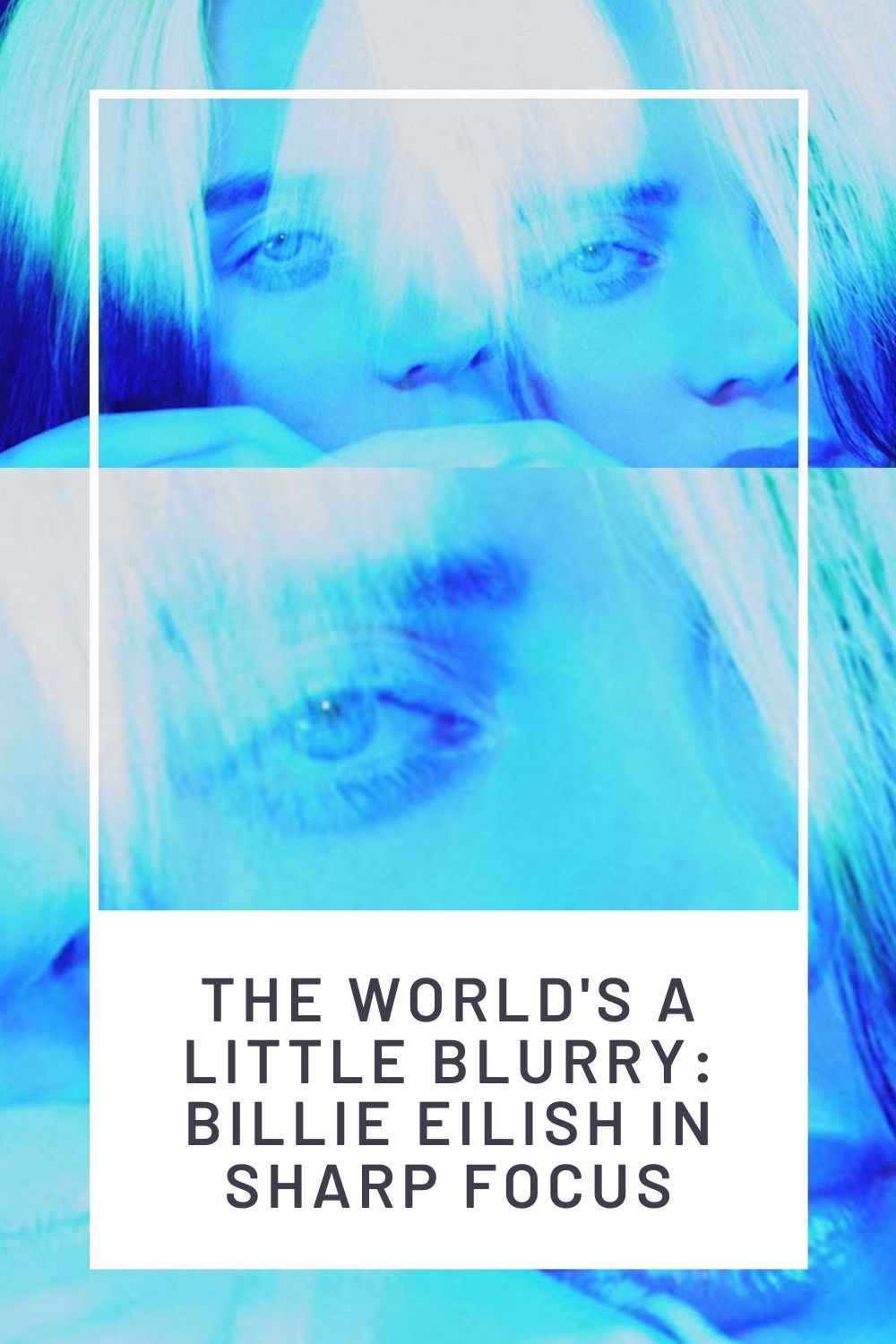 This is a review of the documentary on Billie Eilish, “The World’s a Little Blurry.”

This review will talk about every aspect of this documentary, it’s all spoilers!

If you want to hear it read, click the link below.

The World’s a Little Blurry…

Billie Eilish is the subject of a new documentary by RJ Cutler, The World’s a Little Blurry, available on Apple+.

This is a behind the scenes, on the road, personal documentary that captures the Billie’s world, wrapping up her album, “When We All Fall Asleep, Where Do We Go?” It feels part coming-of-age, part pop-star being born, and absolutely fascinating to witness.

Billie Eilish has Tourette’s syndrome (- I’ve talked about it here). It is included in the documentary when she has series of tics, brought on by stress and fatigue. “I’ve done some crazy shit because of my Tourette’s,” Billie says. “I fucking broke a glass once—in my mouth—because I have this one [tic] where I’ll bite down on something. If I have something I’ll just go [chomps down], because my brain is like [snaps fingers] ‘Do it!’”

Her Tourette’s isn’t something that she tries to explain away or “overcome,” it’s just accepted as a part of herself. She is frank and direct in talking about it. In and of itself, that felt unique; learning about more about it felt like a gift. 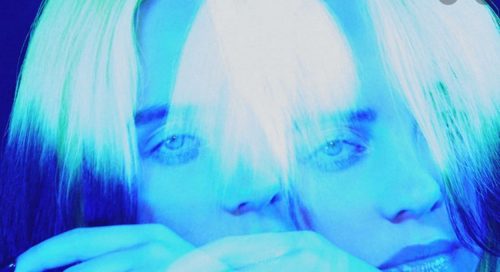 The Creativity in Billie’s Family

Billie’s talent seems genius-level to me, and she is physically lovely. But she’s not alone in that – her very close-knit family are all highly creative. Her brother appears to have that same genius-level creativity, and the two of them work like two sides of the same coin. Her parents are actors. Her dad wears hearing aids and a bluetooth loop processor! That really delighted me. 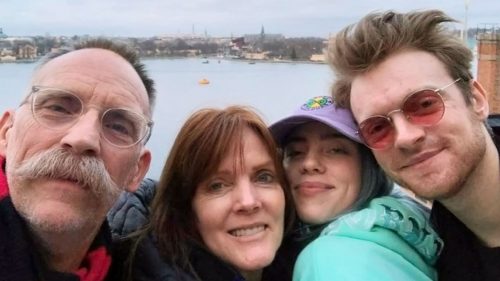 When someone on her PR team is trying to tell Billie that she shouldn’t share a video in which she says that “drugs and cigarettes are you killing yourself,” because Billie might one day do those, Billie’s mom chided back, “are you actually not going to let her be authentic to who she is now because she might later grow up to do drugs?”

Her parent’s intelligence positively BEAMS out of this documentary.

They are kind, clever, honest, direct and authentic people. They are expressive. They listen to Billie.

In another scene, the team and Billie’s mother were pushing her through a PR event after a show – it was clearly more than Bilie wanted. Her tics were starting too. Later in the car, Billie talks about how upset she was, just being thrown in to have her picture taken and meet people without knowing what’s what. First her mom appears to be going down the track of, “just suck it up and get it done,” but then pivots when she understands the problem. She switches to, “no throwing Billie to the wolves.”

Her brother is also expressive, articulate. He says things to Billie like, “let’s talk about people who value you, people that give you value,” and really leads in appreciating her and supporting her. It was really beautiful to behold. There are not many families out there like that: so accepting, nurturing.

They made me think of the great soil that allow great plants to rise.

This Documentary Does Not Get Into Billie’s Body

One of the reasons I love Billie Eilish so much is because she hasn’t gone down that “sexy pop star’ route. She has fun with her creativity and self-expression, and also in her sexuality, but she does that in baggy clothes, while jumping. I loved that the only nod this documentary gave to her body was in talking about her shin-splits and the actual pain she gets from engaging so hard in her performances.

I can’t say that enough: I LOVE THAT THEY AREN’T TALKING ABOUT HER BODY!!!

It’s so ridiculously refreshing to watch a documentary about a highly talented and beautiful young pop star that is talking about everything that SHE apparently thinks is relevant: her family, the process of making music, her relationships, her dips and dives into depression and anxiety. Her clothes, style, body presentation does not come up AT ALL. This could be a documentary about a young BOY pop star, for how much they got into clothes, style and/or body presentation. 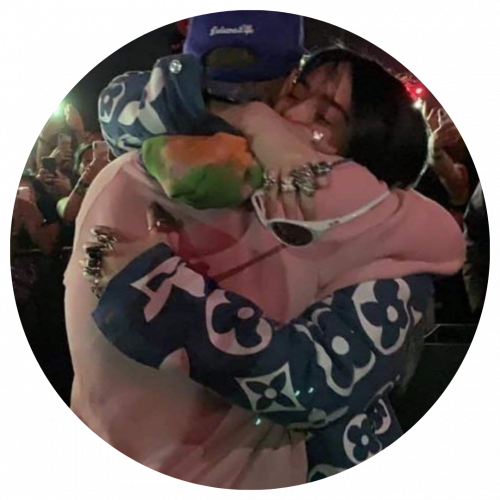 Billie Eilish is a huge Justin Bieber fan. She talks about her obsession with him growing up, then the documentary takes us to Bieber reaching out to collaborate with Billie, their first meeting at Coachella, and the message that he later sends her and she reads aloud:

It’s moments like tonight where I’m reminded what I mean to people. Your love for me touched my heart. You are so special, not for what you can do, but for who you are. Remember that. I am so impressed by your aura and presence. You carry a heavy calling. You are an idol to so many. I’m excited to watch you flourish. You are beyond special. Thank you for tonight. It meant just as much to me as it meant to you. I also want to let you know that it feels like yesterday I was 15 singing “One Time,” and now I’m 25, and that was 10 years ago. It flew by like a flash. Enjoy every minute of what you are experiencing. Embrace it all, believe you are great, but not greater than anyone.

I loved this documentary, both for it’s representation of disability and for it’s content.

I rather unexpectedly fell in love with Billie Eilish’s parents. I want to be the kind of parents that they are. It’s so rare to see parents display such authenticity, encouragement, fundamental support and patience, and to see those consistently modeled in such a candid documentary was powerful for me, inspirational. There’s a reason Billie Eilish is as solid as she is; she comes from good soil.

Watch The World’s a Little Blurry on AppleTV

The World's a Little Blurry, Trailer 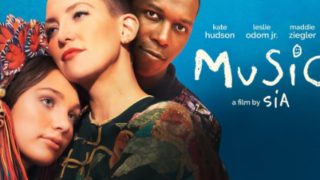 ← Previous
Watch "Listen" Instead of "Music" 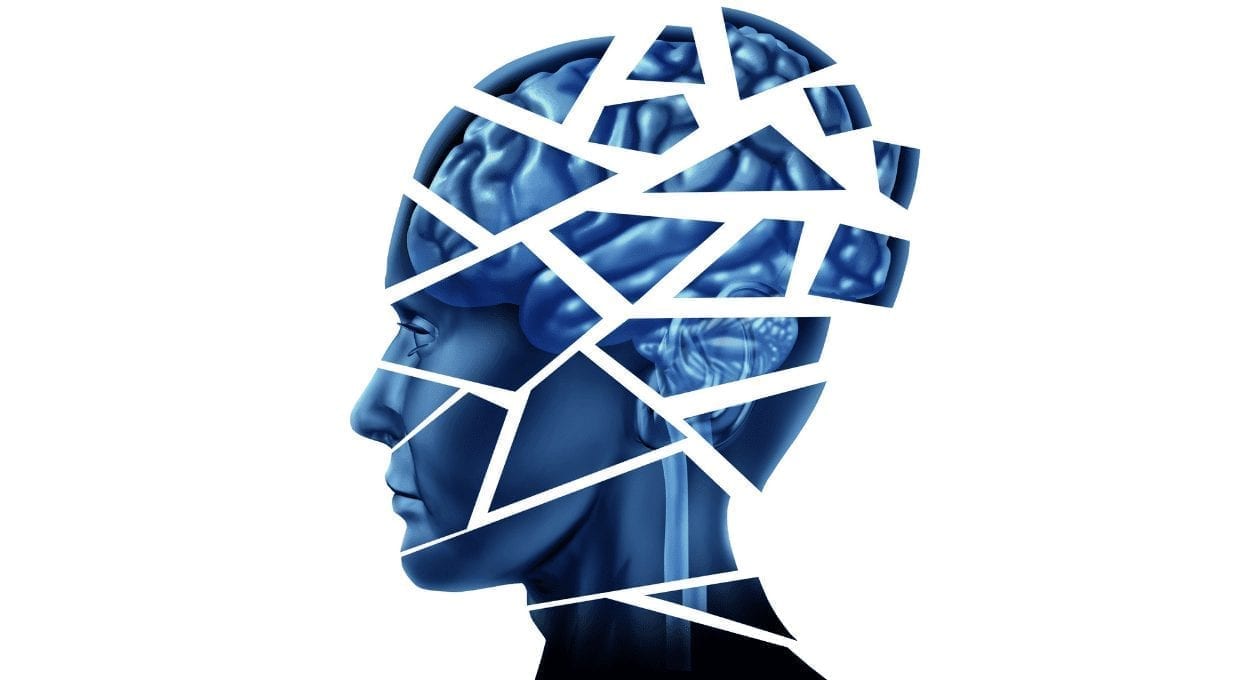 Next →
Traumatic Brain Injury: An Introduction from an Insider
Click here to cancel reply.