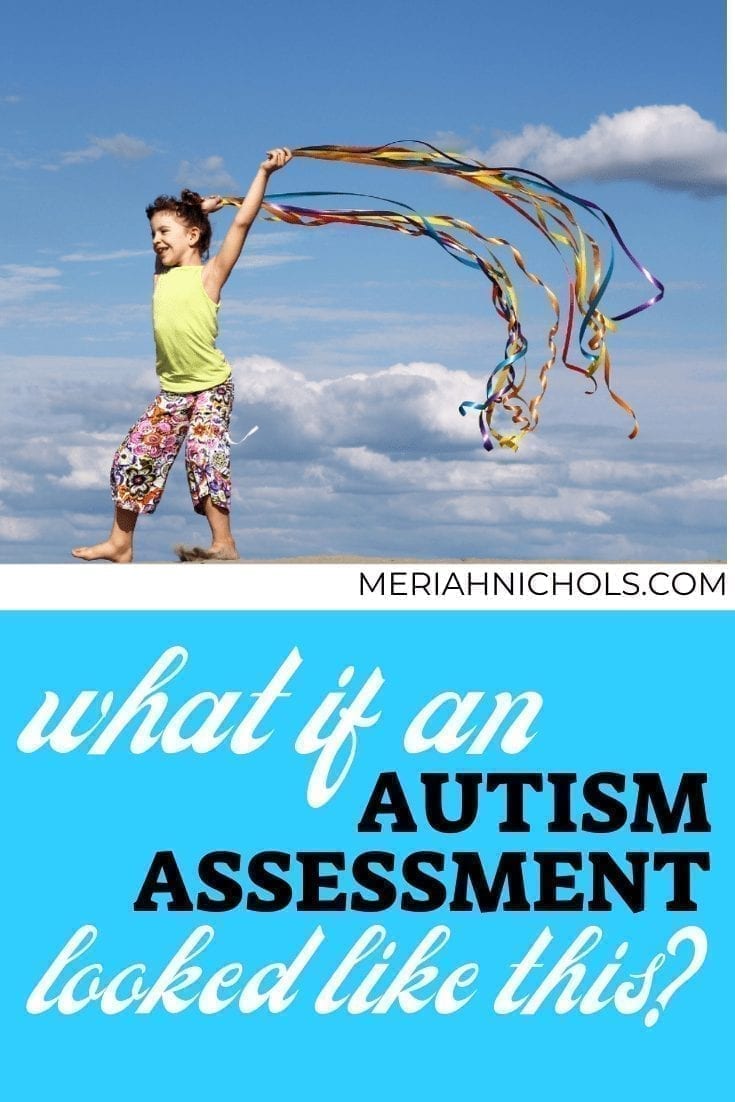 This is about getting an Autism Assessment – an assessment of where a child might be on the Autism Spectrum. It is available in distraction-free PDF and through my podcast (both linked at the end of the post).

While I am confident that my oldest child, Micah, is somewhere on the Autism Spectrum, I don’t know exactly or for-sure where, exactly.

When we were on the Lost Coast, we were just getting started with assessment. Then, after life there imploded and we left, things were in limbo until we were a bit more settled here in Hawaii.

Getting an Autism Assessment in Hawaii

Since I did not think that Micah’s Autism impacted him negatively in an academic way at school, it did not even occur to me to try and have him assessed through the Department of Education.

And since I have never thought that being on the spectrum is a negative thing in any way, shape or form, having my son assessed was never about trying to fix him or anything like that.

Rather, my interest in having him assessed to figure out where he was on the spectrum exactly was about trying to understand this super-interesting person that chose me to be his mom.

The first thing I did here in Hilo was enroll the kids in therapy.

This was all of them. We had arrived on the heels of a lot of trauma and I needed to make sure they had an opportunity to process it with a professional. After a year for all 3, it seemed to have evolved to a place where it was no longer necessary for the younger two, and for Micah, it seemed to just be a good fit for him to work on social skills.

After my conversation with Micah about his thoughts on his being on the spectrum, I asked the therapist about the process of an actual assessment.

She said that there was a waiting list, but that she could put us on it.

She said it would be about 6 months.

5 months later, I called to see if we would be starting the assessment soon. Some problems had reared up in school and it had become important to figure these pieces out.

When I called, I found out that the therapist was no longer in business (she had taken a medical leave), and that Dr. X was The Person who was doing all of the autism assessments was actually doing ALL of the Autism Assessments for our particular insurance on the Big Island of Hawaii.

Dr. X said that there is a 2.5 year wait for an assessment, and, while adding our names to the list, recommended that we try to go through the Department of Education (DOE) for an assessment.

An Autism Assessment through the Department of Education

I wrote to the Special Ed Coordinator for my kid’s school and asked her about getting my son assessed.

She said the process was long and complicated and recommended that we go to Dr. X; the very same therapist who had recommended we go with the DOE due to her 2.5 year waiting list!

Bless our Special Ed Coordinator’s heart, because when I told her that, she pivoted and organized a meeting to talk about all of this. 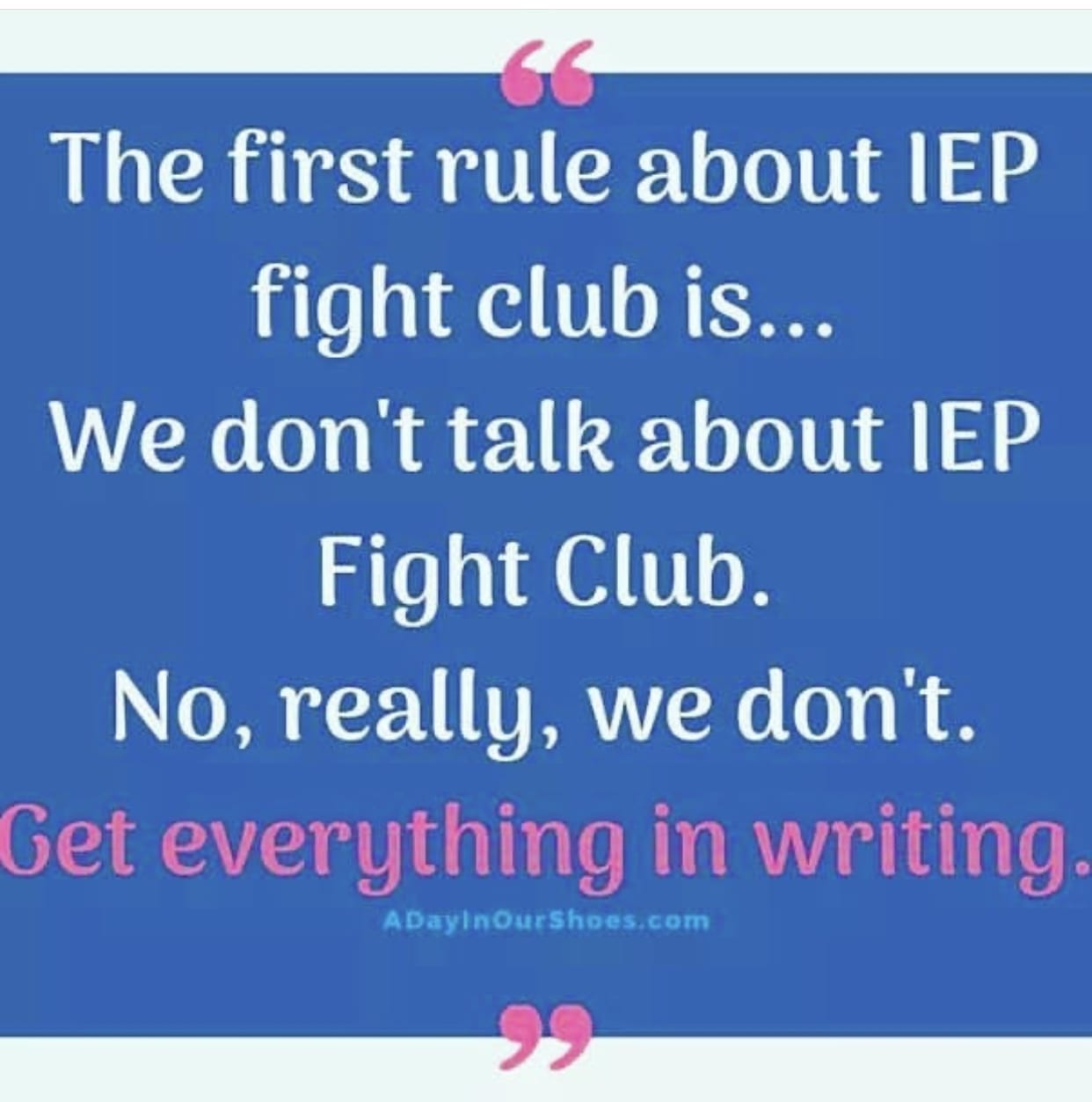 When the emails from the Special Ed Coordinator became more formal in tone, I knew we were in the Get Everything in Writing phase, and responded accordingly.

This means, I went right to Amazon and ordered:

Wrightslaw: From Emotions to Advocacy: The Special Education Survival Guide

How to Advocate for Your Child: What Every Parent Should Know About Special Education Law

And then I connected with the Autism groups… all of ’em!

I learned so much from the groups that I will be compiling a list of the mot useful ones of them (like I did with my awesome Down syndrome related groups).

They seriously, REALLY helped me understand what’s what with these assessments.

In a nutshell, I was able to gain a grasp of what type of meeting I wanted to set up with the school, and what I thought would be reasonable, positive outcomes of that meeting.

The Meeting for the Autism Assessment

I was freaked out.

I had been stressing out ALL WEEK over this, cramming in my reading, research and… all the praying!

It was just…. difficult because the school had turned difficult to deal with, and it was feeling all really Not Okay with me, but I didn’t know what to do or how to deal with those feelings.

it was complicated and complicating and the process felt like it could have been a million times easier.

And that’s why I ended up thinking about the entire process as, wouldn’t it be cool if an autism assessment could be a matter of simply wanting to understand your child or yourself better?

Wouldn’t it be awesome if an autism assessment could be as simple as picking up the phone or opening your email and saying, “hey! My kid seems to me to be on the autism spectrum! Can we schedule a time to talk about it and see?”

Wouldn’t it be great if both the school and the healthcare systems were fundamentally there to support our well being?

Like, for reals, there to help us be our best selves.

But the thing is, healthcare and education, both, have become such businesses, and disability is such a stigma, that matters such as an autism assessment become full on battles.

Throughout all of this, as I  have struggled with my daughter, I am frustrated by the language.

We need to talk about our “concerns” about Autism, about Down syndrome. Everything needs to be framed and phrased in negatives in order to receive attention or consideration.

I didn’t go negative enough with my daughter, for example, in requesting respite assistance from the Department of Disability, and ended up being denied, “she’s not disabled enough.”

But she is “disabled enough“ and I am, “disabled enough”, and this is real and I don’t think being negative about it is going to help any of us in the long term. I think we should be able and encouraged  to appreciate who we are and still request and access services.

The podcast episode is below and the downloadable PDF is linked here and in button below (just click it: it will take you to Gumroad, where it will say “name a fair price” or something like that – feel free to put 0 in the box (and you can feel free to pay for it too – really, it’s all good and I won’t be hurt!). After you enter a number, it will take you to the next screen where you enter your email address for the download. I do not store your email address and I won’t bug you after – this is NOT a bait-and-switch thing where I say “free download” just to get your email address then harass you. NOPE! The system will then automatically send you the PDF or MP3 to download via your email).

Well, if you are a FluffMeister (or above) level on my Patreon, you’ll get a collection of each month’s PDF’s compiled for your reading leisure! Visit my Patron for all the details.

This stuff helps me keep going

Subscribe to my podcast or whatever it is that people do with these things (I don’t listen to podcasts myself and it amuses me to no end that a deaf girl like me is doing this!! ). Subscribe by clicking here or the button below.