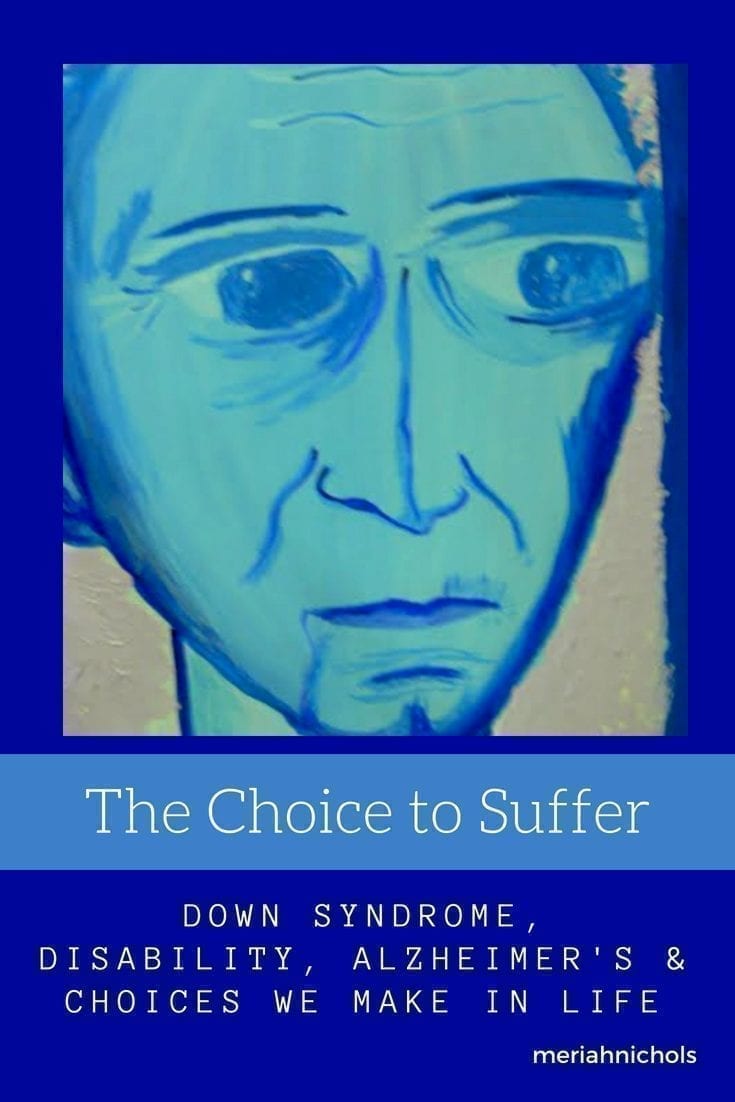 Many years ago, I took care of an old man with Alzheimer’s.

For over six months, I fed him, gave him his showers, dressed him, kept him company, wiped his butt, took him for walks.

Fended his ‘crazy’ spurts – like when he tried to hit me all the way out of the house, then locked me out and was laughing maniacally through the window (oh yes. Ha. Ha. Ha. ).

I took care of him because in the initial interview, I took to his wife – I really liked her. With dark circles under her eyes, she was completely overwhelmed, struggling to care for him 24/7.

But man…. the love she showed her husband! The tender way she looked at him! He had no idea who she was but still. She didn’t skip a beat. I wanted to help her. So I joined ship.

That period taught me a lot, you know. I was in such a raw state in my own life and self that I could not bear to be touched.

But this old man could sometimes only be soothed by my holding his hand. I’d have to hold his hand and get to this place of stillness inside myself and let that energy come across…and only then would he quiet whatever agitation might have stirred up.

I’d watch him for hours as he gazed outside.

He saw things that I didn’t. I wondered what they were.

I’d wonder if his glasses were magical, that through them he could view other worlds. I’d wonder at the workings of his mind. The path of emotion that he walked upon.

You could say he was suffering, but while I’ll never know for certain, I don’t think it would be true. He looked just fine to me. His mind was almost gone to another place, that is true, but for the most part, he seemed happy and healthy.

The people that really could have been suffering in this were his family. His many children. His bright wife. But to suffer or not was their choice and they chose to not.

They consciously chose to take his Alzheimer’s in stride and learn and grow as a familial unit. Bond ever-tighter.

To request help when they needed it (enter me), but to form a net of pure love and catch this man who meant so much to them.

Alzheimer’s was a tragedy in that it took this man, while alive, from his family.

It was a gift in that it allowed them an opportunity to grow – in spirit, as a family – that they may not have had otherwise. Who knows? But they saw it that way, they took it that way and let me tell you: it had some results.

They were lovely people.

Now, my daughter has an extra chromosome.

A lot of people like to say that she’s afflicted, that she’s suffering from the Down syndrome.

I don’t know if she is. She doesn’t seem like she is.

But what do I know?

Maybe this is the face of “suffering” and “affliction“?

I like to think that she’s a maverick spirit that wanted to experience the world from a different perspective.

This little girl will never fit into a box; any box. The very nature of Down syndrome means that you don’t know what is going to happen.

I need to love her as she is. In this very moment. With the future as it unfolds, however that may be. I think this is worth learning. And so I thank my lucky stars that this person is in my life. 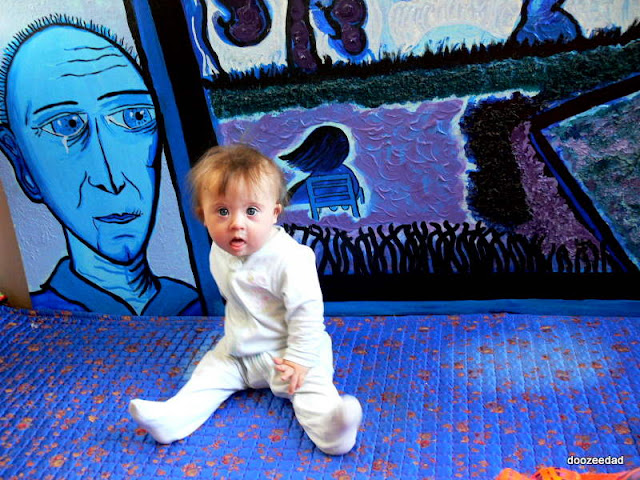 my little Maverick. In front of the big painting of the Old Man, looking out into his garden through his magic glass and seeing his young self out there

My dear.... you have said so much and to come from someone like you is amazing. I'd say your daughter is a gift. We have two gifts in our family... they are loving and non-judgmental! Something the world needs.

I wanted so say thank you for what you said and I hope you have never been bashed. It is a choice, and I'll say, (just as others) I've had my load of "suffering". But suffering isn't fun, but a challenge can be! Maybe it's the terms we use, who knows.

Alzheimer's runs in our family. It took my dad, and now my sister. I've done a lot of research and found interesting thought-provoking information. And I tried it on my FIL. Otherwise, I'd never mention. Google "diseases that mimic Alzheimer's". It is amazing and what I found makes me angry that this isn't main-stream info. But, try telling this to anyone who has been told by their doctor, "there is no hope". My cousin was told that about her child with Down's. But that was far from reality 58 years later! Lack of HOPE wasn't accepted. And so is what we are told about Alzheimer's. I saw it turn around before my eyes. Even though I grieve my sister won't have that chance, I know my children will give it to me. If needed. No matter what comes our way, dig deep, don't give up, don't take "this is life"...because many times "life" isn't at all what the doctors or text books say. It's what our bodies can do. I can't wait to read all you have written.

Beautiful. This passage particularly struck me, so much so that I had to read it out loud to my husband: I like to think that she’s a maverick spirit that wanted to experience the world from a different perspective.

Thanks so much for the different perspective today, I needed it.

Conversations with Pauline Victoria: What Happened?

[…] as I wrote once on this blog, I feel that when you take the approach that disability is chosen – that somehow, in some […]

I love the whole room artwork! Amazingly creative with such stories behind them. Everytime See you daughters little face I want to squish her cheeks! She is so cute! Bron

Lovely post.  Life really is what we make it, isn't it?  We can choose to suffer or embrace.  It's all in our attitude.   Your little one is awesome!  Did you paint those paintings?  They're awesome too!